The Forest of Dean Railways and Tramways

My wife and I enjoy an annual holiday in the Forest of Dean. We have been there almost every year since the year 2000. During that time we have enjoyed exploring a number of the different railway routes in the forest and have begun to realise just how complex a network of tramways supported the standard gauge railways which themselves had replaced much earlier tramways. I hope this thread will be of interest to some.

This is the first of a series of blog posts about the forest and its railways and tramways and focusses on Lydney Harbour and its transport links, particularly rail and tramway/tramroad. ...

Prior to the introduction of standard gauge railways in the Forest of Dean there was an extensive network of tramways or tramroads. These tramways were of a variety of gauges from 3ft 6in to 4ft. One of these was the Severn and Wye Tramroad. This post details the various branch and feeder tramways associated with this line. The tramway was replaced by the Severn and Wye Joint Railway. ...

Parkend in the Forest of Dean is currently the terminus of a preservation line, the Dean Forest Railway (http://www.deanforestrailway.co.uk). Historically it was a small through station on the Severn and Wye Joint Railway with a short branch to transhipment wharfs that allowed tramways to transfer good to the main line. Further back still t was the centre of some major forest industries which were heavily served by tramways. The first image on the blog below is a map of the tramways at Park end in its prime as an industrial centre in the Forest.

There was a significant network of tramroads close to Parkend in the Forest of Dean.

Thi post provides details on New Fancy Colliery in the Forest of Dean ....

In the last few days I have been looking at the route of the Forest of Dean Tramway which was a major innovation in its day. Haie Hill Tunnel which was built for it in the very early 19th Century was for a short while the longest tunnel in the world. It was also one of the earliest tunnels built.

The tramway linked significant industrial concerns in the Forest of Dean with the Severn Estuary at Bullo Pill. The owners of the tramway were also behind the first serious attempt to tunnel under the Estuary.

A recent visit to the Forest of Dean promoted some reading and reflection on Cannop Colliery. This post is the result of those reflections:

My wife and I were in the Forest of Dean on 30th August 2018 and visited a small garden centre that we have been to many times before - the Pigmy Pymetum. Later in the day I was reading an older copy of "The New Regard" - Number 23 from 2009. The first article in that edition of the magazine was about Cannop Colliery and was written by Ian Pope. The colliery was just north of the location of the garden centre.
Click to expand...

Recently, I have begun researching some of the tramways/tramroads in the valleys of South Wales. The first of these that I looked at was the Penydarren Tramroad.

While I was looking at the website of the Industrial Railway Society (https://www.irsociety.co.uk) I came across a story which related to the Forest if Dean and, in particular, the Severn & Wye Railway & Canal Company.

The link below highlights the story of what appears to have been the research necessary before purchasing the first steam locomotive the Forest of Dean. It also pints to what could have been a far earlier introduction of steam traction into the Forest.

The Guardian carried an article on 31st August 2019 about old rail routes being used as cycleways. It suggested the 10 best routes where old railway formations are in use as cycleways. Theirs is not the only list of routes which seeks to provide a "Top Ten."

I have pulled together a few examples in the linked post below. I'd like to add at least one which does not feature in the top ten lists, and that is the Forest of Dean, a place I love.

Walking and cycling along the old railway routes in the Forest is a real pleasure.
R

My wife and I stay in the Forest of Dean most years. September 2019 was no exception. We stayed in a cottage close to what were Cannop and Speech House Collieries which were both rail served when they were active collieries. I have already posted about Cannop Colliery as part of this series of posts. It seems appropriate that I post something about Speech House Colliery.

The industrial history of the Forest of Dean is such that the intensity of activity was high throughout the 19th century and the first half of the 20th century. Innovation was rife and nowhere was this more true than in its transport infrastructure.

In, what history will ultimately regard as, a very short period of time, tramroads were built and became the dominant form of transport. They waned and were replaced by broad gauge railways which in turn lost out to what was the dominant but probably inferior standard-gauge. For a time, all were active in the Forest at once. ....

Yet another Forest colliery and its railways and tramways - Trafalgar Colliery

I have recently encountered two small books, both of which are facsimile editions of much older books. The first is a 19th century guide to the Forest of Dean for early holiday makers. The second provides a guide to the various coal mines in the Forest. ...

The Bream Heritage Walk, the Oakwood Tramway and The Flour Mill Ltd

The Forest of Dean continues to be one of my favourites places. In 2020 we, once again, stayed there in the first week of September.

This post returns to two earlier themes from the Forest.

On 1st September 2020 we followed a sign-posted circular walk which started in the centre of the village of Bream on the Southwest side of the Forest. The route was planned with the support of the Big Lottery Heritage Fund and featured a series of different heritage locations around the village. ............. The walk took us first along the route of the China Bottom Branch of the Oakwood Tramway which was covered in an earlier post about the tramways in the Forest (http://rogerfarnworth.com/2017/10/02/oakwood-and-dikes-tramways).
Click to expand...

This short addendum to my most recent post provides photographs with comments which were taken at the site of Flour Mill Colliery where The Flour Mill Ltd undertakes heavy engineering work maintaining and refurbishing steam locomotives. 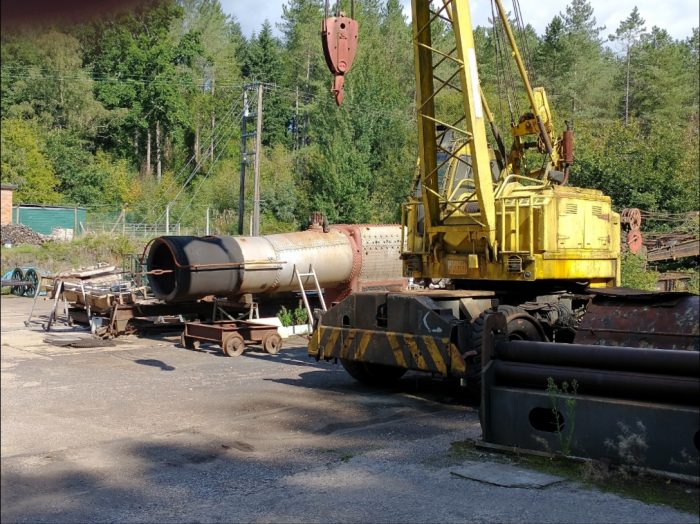 We were staying in the Forest of Dean in September 2020 and followed the Bream Heritage Walk. Details of the walk can be found on my blog, [1] and independently on-line here. [2] The walk passes al… 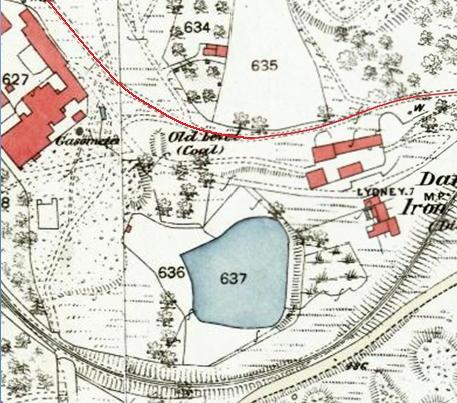 The Forest of Dean – Milkwall Tramway at Dark Hill

In early September 2020, while staying in Bream in the Forest of Dean we walked around the Titanic Steel Works and the Dark Hill Ironworks of father and son David and Robert Mushet. These two estab…

In early September 2020, while staying in Bream in the Forest of Dean we walked around the Titanic Steel Works and the Dark Hill Ironworks of father and son David and Robert Mushet. These two establishments sit adjacent to what was the Coleford branch of the Severn and Wye Joint Railway. They were also served, in its time, by the Milkwall branch of Severn and Wye Tramway.
Click to expand... 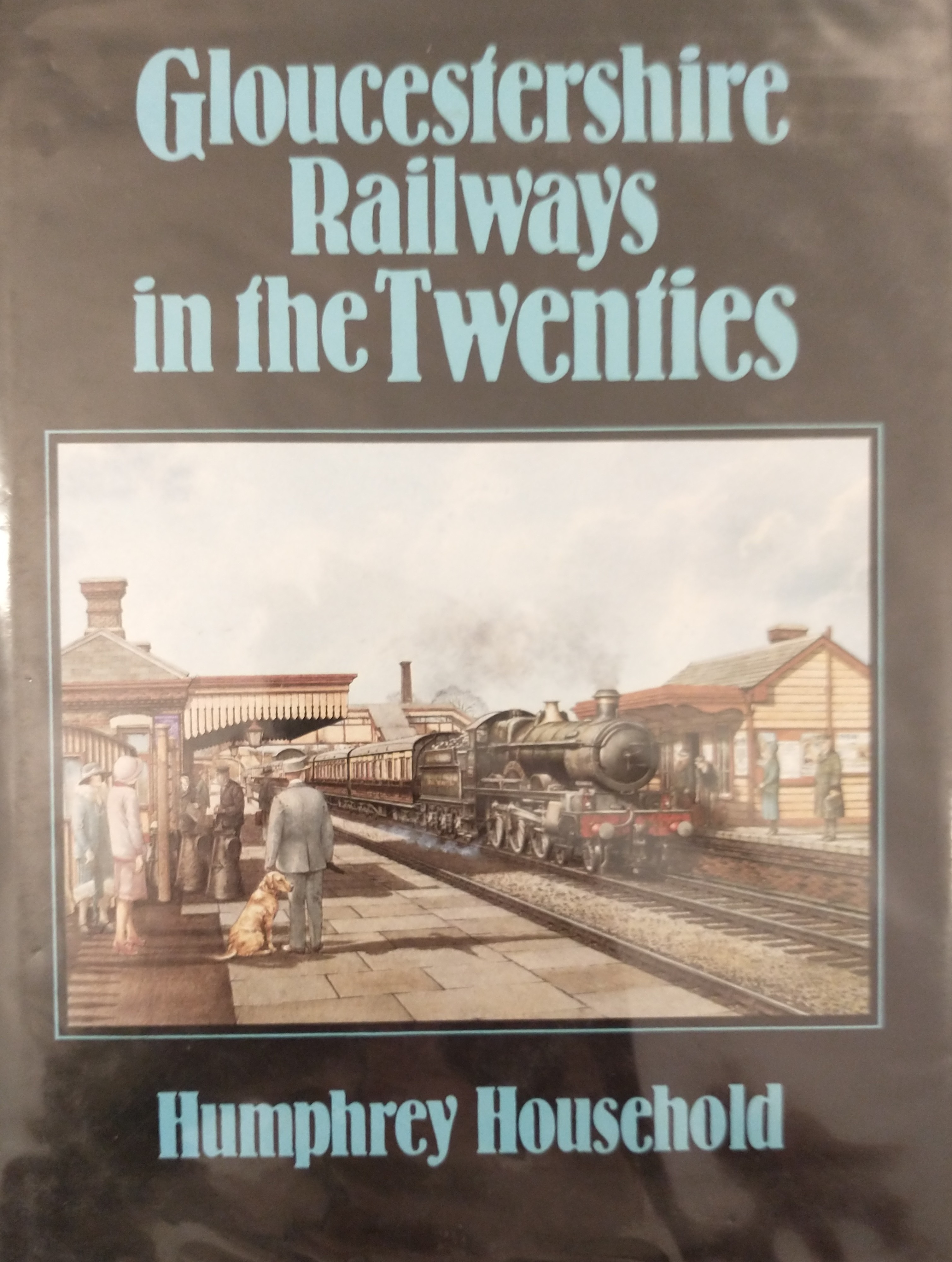 The Forest of Dean Tramways and Railways – An Addendum:

While on holiday in the Forest of Dean in September 2021, I picked up a secondhand copy of "Gloucestershire Railways in the Twenties" by Humphrey Household. [1] It consists of a review of the development of the railways in Gloucestershire supported by a series of photographs which were predominantly taken in the 1920s by Humphrey Household. The photos are a significant resource. The text of the book is well-written. Its final two chapters were of real interest to me.
You must log in or register to reply here.
Share:
Facebook Twitter Reddit Pinterest Tumblr WhatsApp Email Share Link