Having moved to Telford relatively recently, I have started to look in detail at the railway heritage of the area. This starts with a waggonway being in existence by at least 1605 (but maybe earlier). Over four centuries of various forms of railway!

My first offering on the Railways of Telford was a review of a book by David Clarke with the same title, see this link .... 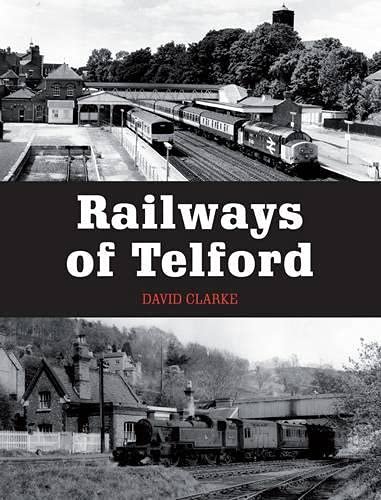 The Railways of Telford – Part 1 – A Book Review

‘The Railways of Telford’ by David Clarke The landscape of my life is changing! Until the end of 2021, my life essentially focussed on the City of Manchester. The first 5 years of my li…

This second offering begins a series looking at the waggonways/plateways/tramways/tramroads which preceded the coming of the more modern railways. There is probably a debate to be had over the correct names to use for these lines. I have not decided but I have used the word 'tramroad' in the title of the series. Perhaps 'plateways' would be better as most of these lines were in the end made up of a series of short L-shaped rails sitting on stone blocks and were used by trams/wagons which had wheels without flanges. Others may have firm opinions about this!?

OS Maps seem invariably to use the word 'Tramway' for these old lines. 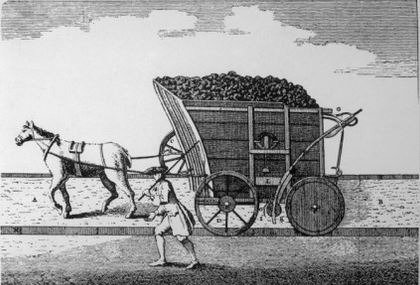 A typical plateway [3] The area around what is now central Telford, and particularly the Severn Gorge and Coalbrookdale are known as the cradle of the industrial revolution. They are significant be…

The second post in this series has been completed. It covers the Coalbrookdale Company Tramroads which appear on the 6" OS Maps from 1882/83 and later map series, particularly the 25" series from the turn of the 20th century.

I have walked a major part of the network as it existed in around 1882 and have provided present day photographs of the routes where ever possible. 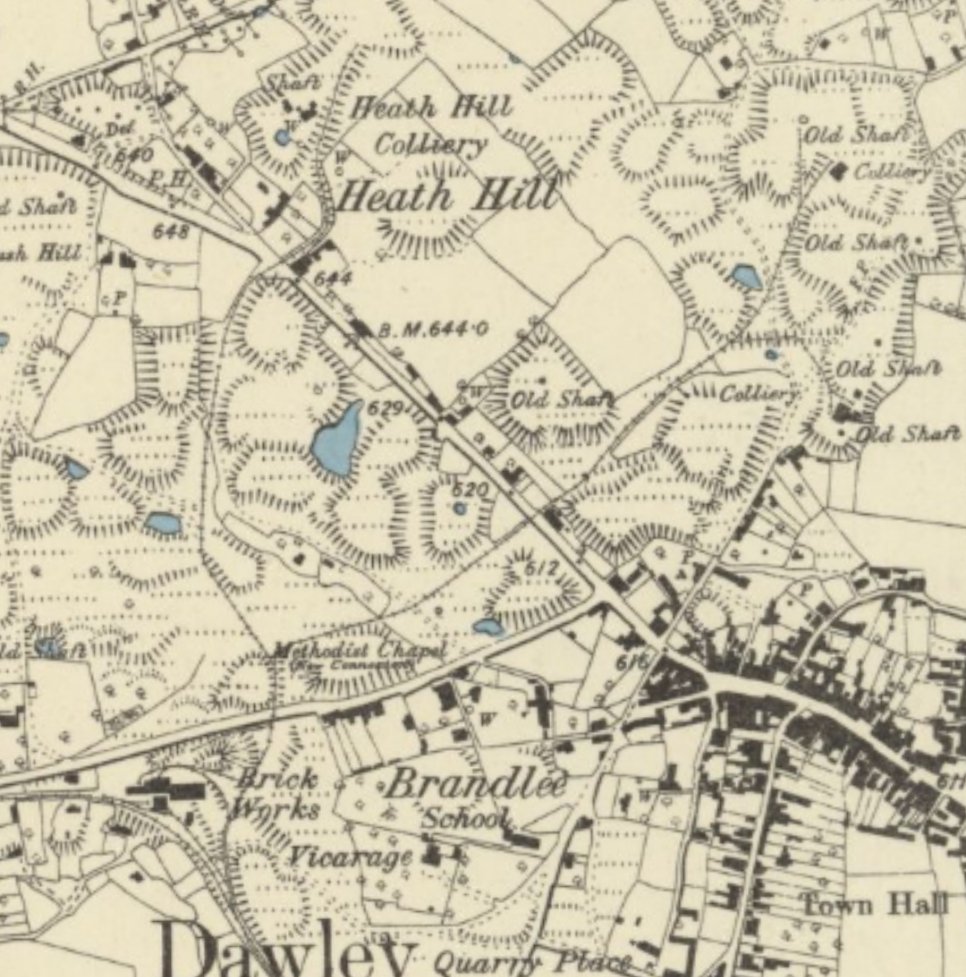 Ancient Tramroads near Telford – Part 2 – The Coalbrookdale Company Tramroads shown on the 1882/83 6″ OS Maps (published in 1887) and later surveys.

I came across a first reference to a Tramroad in Coalbrookdale in a book by Barrie Trinder published in association with the Ironbridge Gorge Museum Trust in 1977. Trinder collated a series of refe…

A recent local walk took in possible and probable Tramroad routes and a remaining length of the Ketley Canal. .....

Just a short distance from our home, no more than 200 metres, is the site of what was Little Eyton Colliery. The colliery was served by a tramway/tramroad which was used to carry coal/ironstone to the Coalport Branch of the Shropshire Canal and later to the LNWR's Coalport Branch which followed the route of the erstwhile canal.

The linked article below follows the route of the tramway down into what is now Telford Town Park. 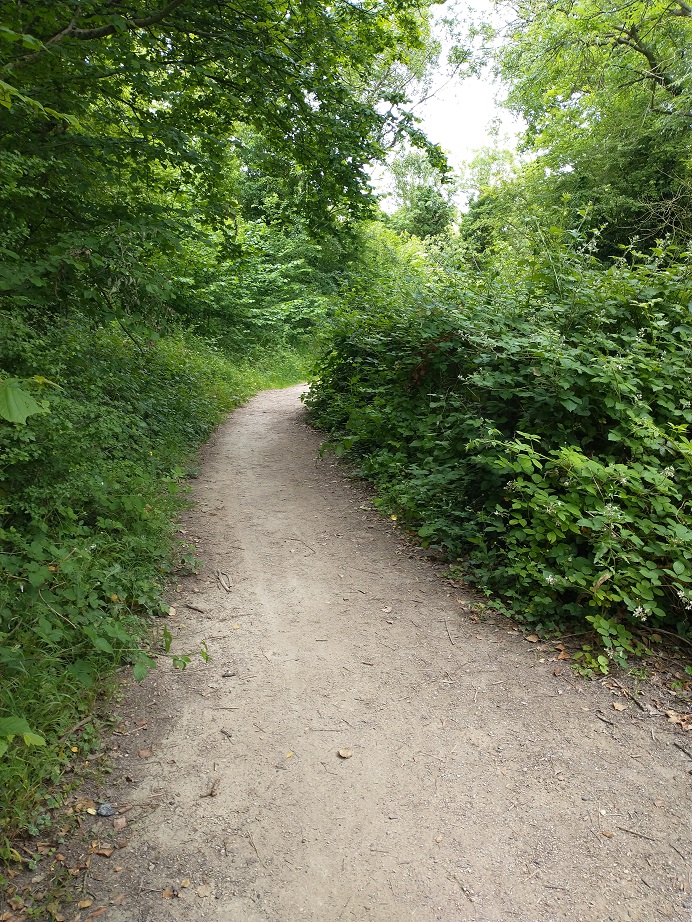 Around 100 yards from our home in Telford there was once, many years ago, a colliery that was served by a tramway/waggonway. Little Eyton Colliery was already disused by the time the survey was und…

Sitting alone and seemingly unconnected to the wider network of tramways in the Telford Area is Newdale Bridge. A structure built in the 18th century to carry a tramway over a stream in Ketley Dingle. ...

Built circa 1759, Newdale Bridge is actually a last remaining remnant of a significant tramway network in the Ketley/Lawley area. ...

A second installment of the review of old tramways in the area in and around what is now Telford Town Park. This article covers the tramway which ran North from the site of Dawley & Stirchley Railway Station on the LNWR Coalport Branch through the site of Jerry Furnace(s) and Stirchley Ironworks to the site of Old Park Ironworks with its myriad of tramway lines in the mid- to late-19th century. ... These tramways were known locally as 'Jerry Rails' and a new estates in Hinkshay bears that name.

A third installment of the review of old tramways in the area in and around what is now Telford Town Park. The linked article covers the tramroads in the immediate area with the exception of those in the vicinity of the old Coalport Branch (LNWR) and the Stirchley Branch (GWR). .... 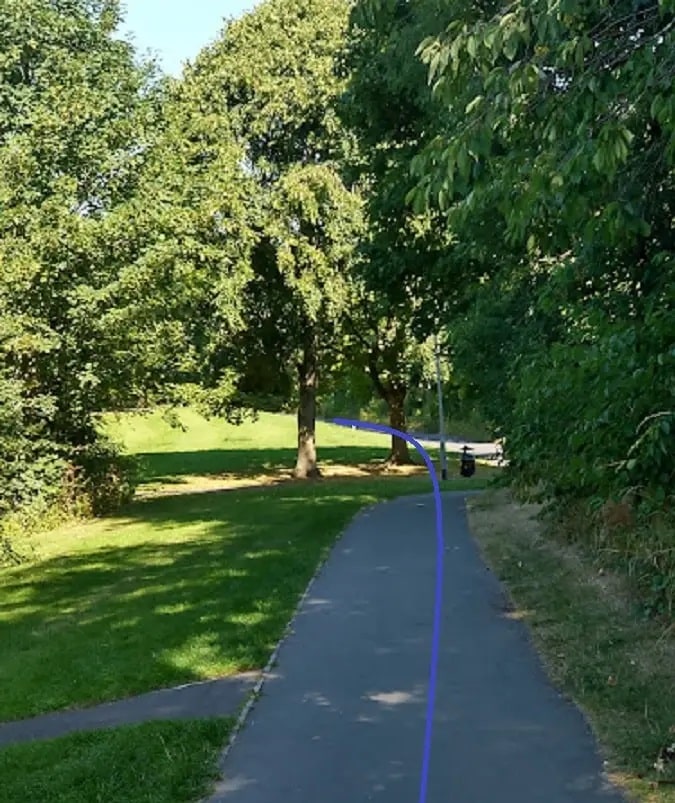 The map below traced by Savage & Smith in The Waggon-ways and Plateways of East Shropshire, shows how extensive the network of tramroads in the area was. [1: p164] Even so, the plan is not exhaustive. We have already encountered the tramroad which served Little Eyton Colliery. This appeared in the first part of this series centred on Malinslee for which the link is provided above.

It ran along the lane shown to the North of Langleyfield Colliery on the plan below. The slag heap from Little Eyton Colliery is shown on the sketch plan.

It is important to understand that the tramroads shown on the plan below did not necessarily all exist at the same time. Savage & Smith illustrated their routes with different symbols ......
Click to expand...

Part 10 - An overview of the East Shropshire Area's Tramroad Network

I have been asked to give a talk at one of the meetings of the Friends of the Ironbridge Gorge Museum Trust about the tramroads/tramways in East Shropshire. I have begun preparation and drafted some notes which may be of interest to others.

R.F. Savage and L.D.W. Smith wrote a thesis entitled, The Waggon-ways and Plate-ways of East Shropshire in 1965. Their work was well- timed as it recorded circumstances existing in the years before the development company began major work to rehabilitate the area and many industrial features were lost.

I have begun the process of walking all of the old tramroad routes identified by Savage and Smith.

The link gives some idea of the work that Savage and Smith undertook and a link to the detailed notes which give an overview of the tramroads/tramways of the area.