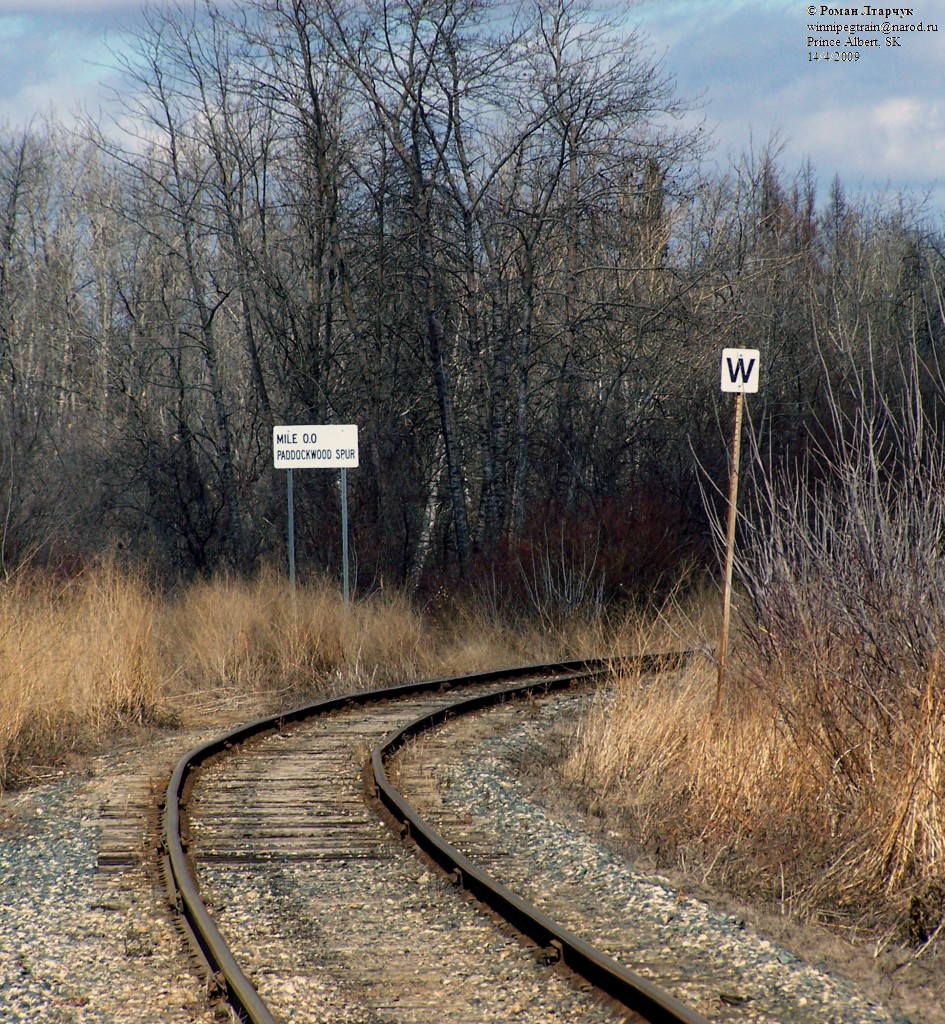 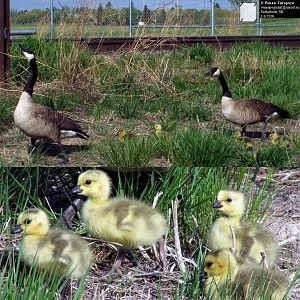 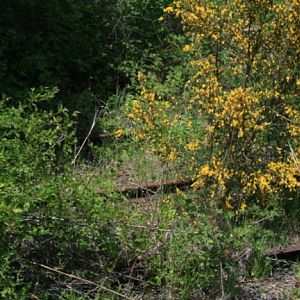 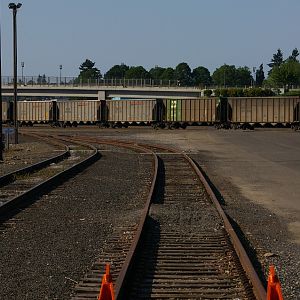 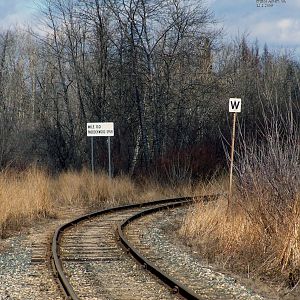 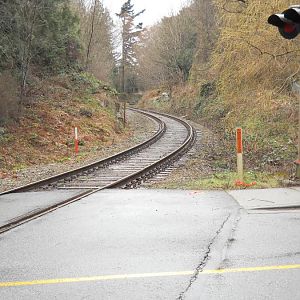 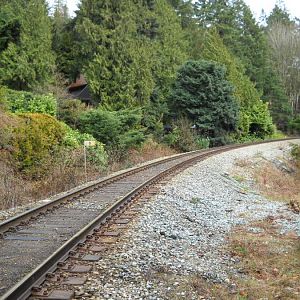 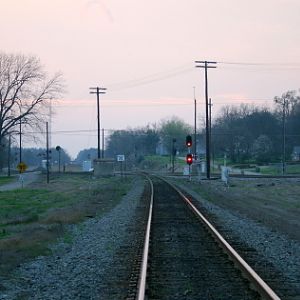 Not much left today - cant even see the ROW, never mind the switch where the spur left the mainline! Two decades ago this was an important railway JCT however. The Blaine Lake subdivision connected Prince Albert with Denholm (15 miles east of North Battleford) on the Aberdeen sub, 117 miles total. Just outside of Prince Albert, on the other side of the river, this spur branched off northeast to Paddockwood (Blaine Lake sub turned west following the river). CPs Choice Land sub connected to the spur, running to Nipawin, Tisdale &amp; Wyanard eventually, joining up with the Portage, MB Edmonton PNL.

All this trackage resulted in running rights by CP, out of Prince Albert to Nipawin, Melfort and Meadow Lake respectively, utilizing their lightweight RS23s, the only units that could run on the light CN trackage.

All that is gone today, Carlton Trail still uses the spur to access a grain elevator, the only industry left on the line. At one point this trackage was to become part of the 2nd PNL, a west-east line stretching from Edmonton to Hudson Bay, MB then onto Churchill interestingly most of it was built! A more recent theory is that of an OmniTRAX empire stretching from Meadow Lake, SK to Churchill, MB, still plausible from Prince Albert eastward provided Carlton Trail can get trackage rights from CN on the disused Tisdale &amp; Turnberry subdivisions. They already have trackage right on the Warman sub south to Saskatoon, pretty congested with three trains and a switcher or two.

History aside, I really like the way the photo turned out. The background is strait out of Monty Python and the Holy Grail, you can feel Tim the Enchanter or the Knights who say Ni hiding in the bushes.

Click to expand...
CN served a Brewery in Paddockwaood, but I doubt the CTR can go that far.
Follow the rusty rails. Interesting pic. And especially thanks for the interesting info.
Thanks guys!

Correct you are Elijah, Google Earth clearly shows track ending just north of the White Star elevator, ~20km short of Paddockwood.
Track was torn up even around white star after CPR took off, but CN came in and rebuilt it in order to serve the then new white star terminal. I don't remember ever hearing of a brewery in Paddockwood though, the community is very small, borderline hamlet.
Its interesting to go to the small communities north of White Star. There isn't much left, but one can still clearly see where the rails are. Did some reasearch, only an elevator stood in Paddockwood, I do have some pictures but they aren't with me. The brewery is in Saskatoon and follows the same name sake as the community (as it clearly states on the site), but never had operations there that I'm aware of.