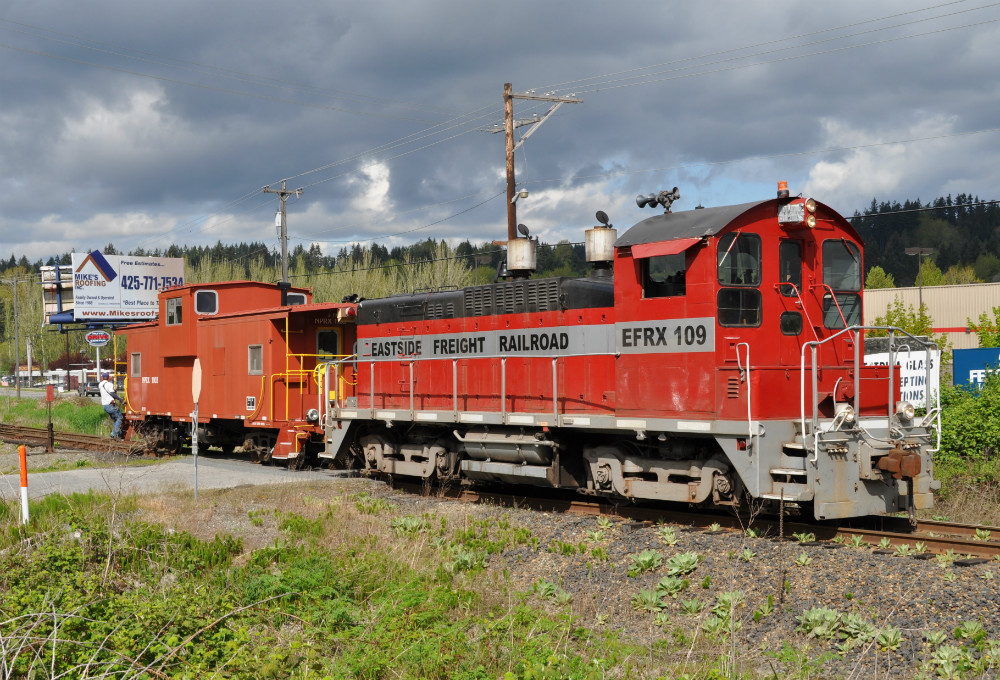 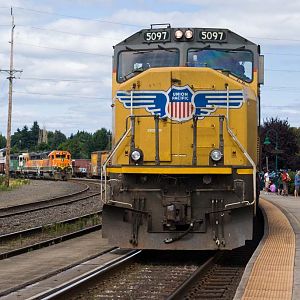 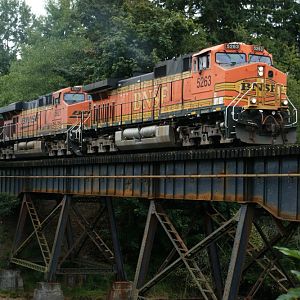 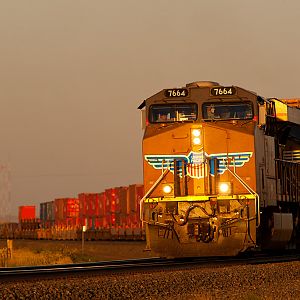 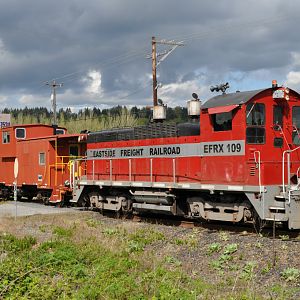 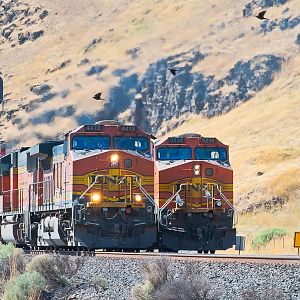 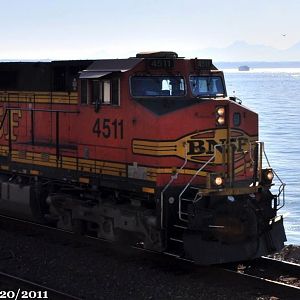 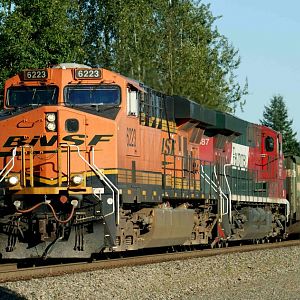 On Thursday, 5/12/2011, at 10:30 AM, shortline operator Eastside Freight Railroad switches the glass company spur on its way north to Snohomish.

The SW-1200 locomotive was built in 1963 for the Missouri Pacific. Eastside Freight purchased the locomotive from Tacoma Rail in 2009, which had it listed as surplus property.

Eastside Freight is owned by Ballard Terminal Railroad, and has the contract to operate the former BNSF line, now owned by the Port of Seattle, between Woodinville and Snohomish, WA, for the GNP Railway.

Currently, GNP Railway faces a Chapter 11 involuntary reorganization filed in U.S. District Court. Five creditors are participating in the suit, including Ballard Terminal which is owed money by GNP.

I don't know. I suspect it's a name that Tom Payne, the owner, just made up.
I believe its Great Northern Pacific Railway.
Nice shot