#2
That is actually a neat idea for lightly used tracks crossing the high speed tracks. I might try that on the model railroad just for fun. Thanks for finding that. Tom

#3
That's Crazy. After seeing how simple it is, I am surprised they don't use those more? It seems like normal diamonds are a maintenance headache.
B

#4
Another way is to raise the rails of the light duty track so the flanges pass over the through track. 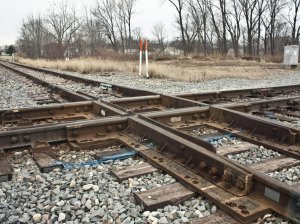 Or you can raise the light duty rails a bit higher when needed. 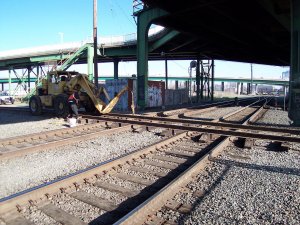 #5
brad_in_omaha said:
That's Crazy. After seeing how simple it is, I am surprised they don't use those more? It seems like normal diamonds are a maintenance headache.
Click to expand...
I doubt the drawbridge crossing could handle the pounding that a normal diamond takes.

#6
It wouldn't have to, given that the sugar cane trains typically run at slow speeds anyway. And the main reason for using that type of crossing is to avoid speed restrictions that would be imposed on QR high speed passenger trains if a diamond crossing were used; that's usually not an issue in the U.S. since there typically aren't that many rail lines crossing a given rail route in such a relatively short distance outside of urban areas. This is a unique solution to an unusual problem that isn't likely to occur anywhere else and probably wouldn't be practical for other crossing situations.
You must log in or register to reply here.
Share: Facebook Twitter Reddit Pinterest Tumblr WhatsApp Email Link