In July and August of 2012 I spent two weeks in South Africa with a Christian Men's Chorus. As one of the official photographers for the trip I was able to take over 4000 photos. Some of them were, naturally, of South African trains. I will share them here over the next few weeks or months as I get them processed.

The following four shots were taken in Cape Town of some of their commuter rail. 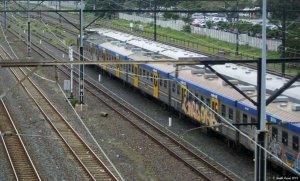 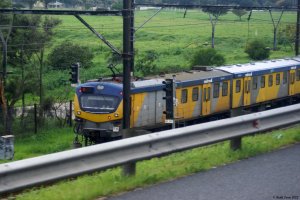 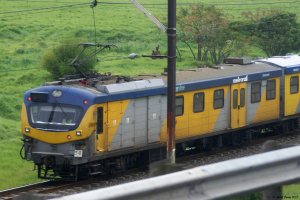 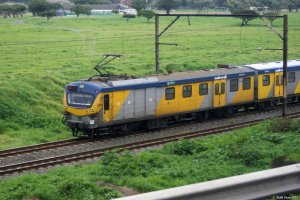 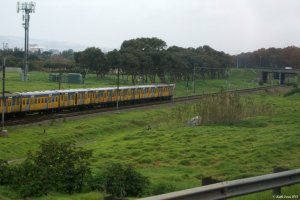 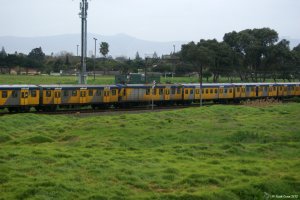 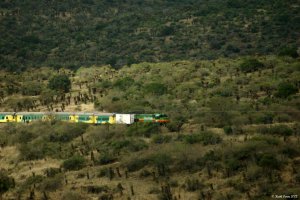 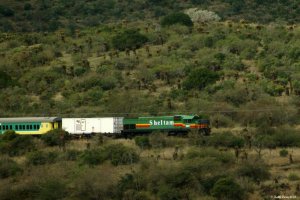 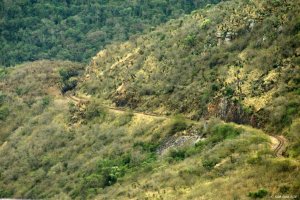 Great shots. The railroads of South Africa have long fascinated me after someone back in the 70's gave me a book on international railroading. The book included a chapter on South Africa with photos of steam engines used up into the 1960's.

Much of South Africa is desert and looks like the southwestern US. The nation is in the southern hemisphere, so your photos from July and August of 2012 were taken during their winter. That is why the countryside is so green. Do you have more photos taken in mountainous areas, like the last three?
B

Sheltam? Never heard of that railroad. Had to look it up:

From
http://en.wikipedia.org/wiki/Sheltam
"Sheltam is a locomotive hire and repair company that undertakes complete operating contracts and maintenance contracts,..."

More of the narrow gauge train. The railroad is called Kei Rail.

Two more of the train and one of the yard in Butterworth. The reason I got so many of the train was our bus ran out of fuel so we sat by the road for two hours. The train caught up with us and passed us.

L to R: Double track main at Greenwood Park and bridge at Butterworth

L to R: Freight train stopped in Treverton, possibly due to downed overhead from the previous night's heavy snowfall. Bridge at Treverton.

Freight train stopped outside of Treverton, probably due to downed overhead from the previous night's heavy snowfall.

Stopped freight turn just outside Treverton and a bridge at Estcourt.

Thanks for posting those photos. The snow scenes look as though they could have been taken in eastern Washington or eastern Oregon.