TEMCO 219, an SW1200, former NP 219, which has sat at the end of a stub track at the TEMCO facility in Tacoma for several years, has made it's last move. Not a long one and not under it's owner power. It was moved a few hundred feet and is currently being scrapped on site.

Here's a couple of sad images. 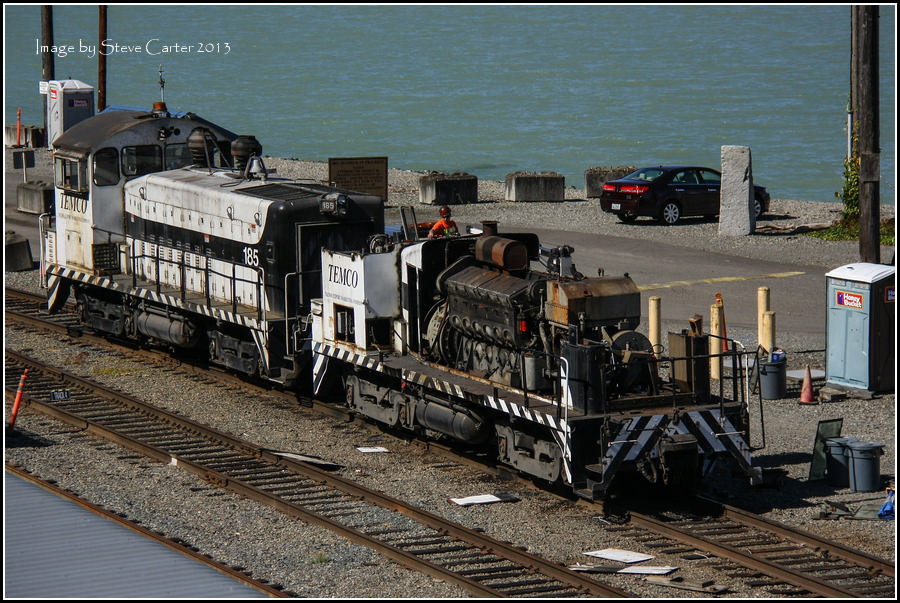 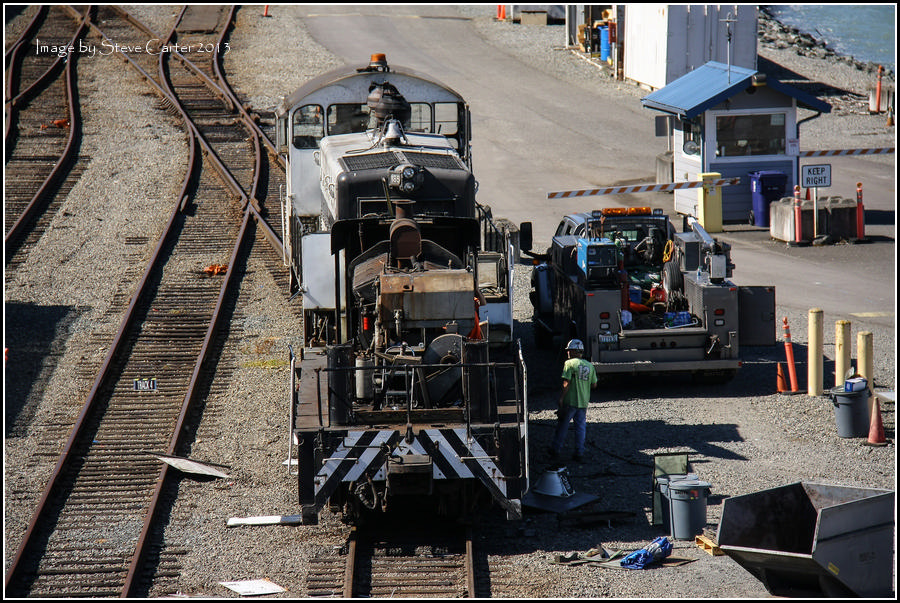 I've received some information that the news with the 219 isn't all bad. The unit is to become a slug to work with the 1611, a GP9. 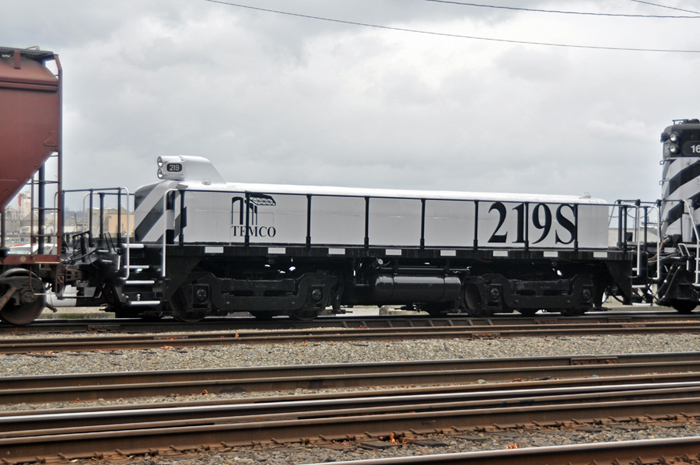 TEMCO's switcher #219 has undergone a transformation. The attached photograph was shot on 16 Nov 13. As you can now see it is a slug and numbered as S219. The slug was coupled to Ed Fishers Geep #1611 and was working grain cars at the grain elevator in Tacoma.
Last edited by a moderator: Apr 24, 2020

In August of this year, it looked like it was headed to scrap. Instead, it was the beginning of it's transformation to a slug to mate with the EFX 1611 GP9, that operates at TEMCO. The work took place on-site, largely out in the open. In the process, it lost it's cab, prime mover, and received "new" trucks donated by TEMCO 185 (which in turn got "new" trucks from a purchase from Tacoma Rail). It also gained a air operated remote coupler, 14 yards of concrete and scrap metal (final weight about 127 tons without fuel) , a couple of new sand boxes, a spiffy new paint job, and a slightly new number - 219S. It retained all or some of it's fuel tank for use by the GP9. The end result is the 1611 will be equivalent to an 8 axle GP9 or the tractive effort of two GP9's. All the work was done by EFX Locomotive.

1611 received some "upgrades", in part, controls to operate the 219S's coupler, and fuel connections. The other two SW1200's may get similar controls in the future, so that the 219S can work with all three locomotives.