Other than the Duncan Turn and Nanaimo switcher, the only other regular job on the E&N is the Parksville Turn, and even that operates maybe once or twice a month. It's purpose is to deliver covered hoppers to the National Silicates plant in Parksville and sometimes switch the Superior Propane spur in north Nanaimo. Parksville is roughly 25 miles north of Nanaimo and is currently the farthest north that the E&N now operates as the Courtenay Turn was abolished due to poor track conditions.

I had never chased a Parksville Turn before but it was on my list of things to do, and as anything with the E&N these days it's best not to put off for too long. Found out they would be running up to Parksville on Friday May 3 so I made sure I was at the yard in Nanaimo early to catch the chase from the beginning. On this day GP9 SRY 110 would get the honours of hauling a single loaded covered hopper to Parksville and retrieving a single empty, not a unit train by any means but this is the charm of shortline railroading!

SRY 110 has just left the yard and is passing through the Coastland Wood Industries mill as it makes it's way along the 3.2 mile long Wellcox Spur before it joins the north-south mainline: 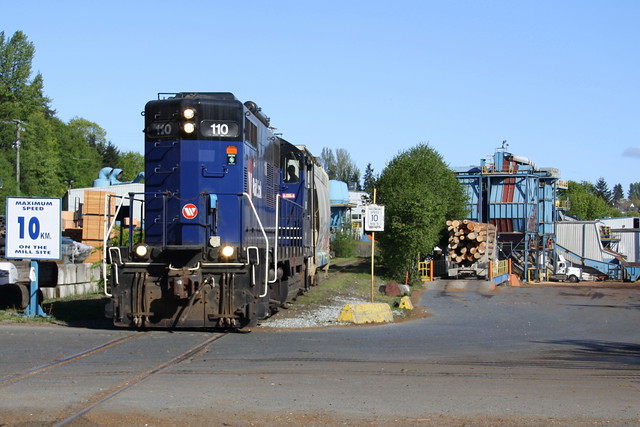 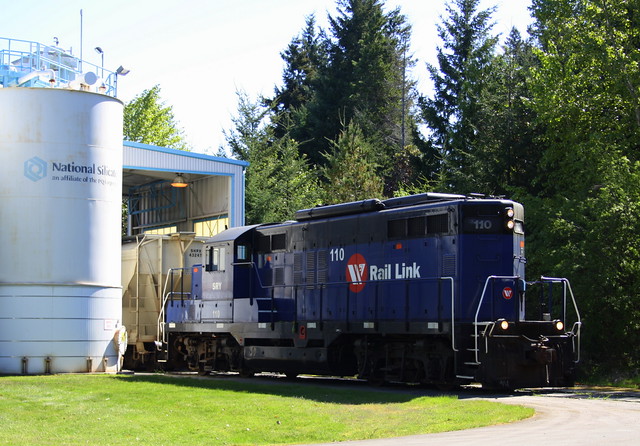 After switching is completed the crew runs a few miles north to the yard at Parksville Junction to run around the empty. Photo shows SRY 110 crossing Englishman River: 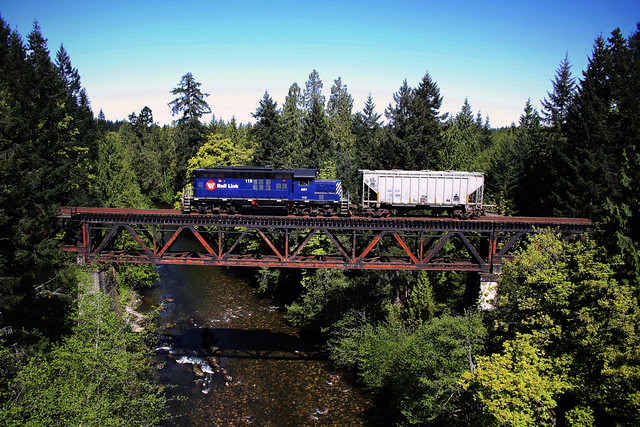 Cruising along the shore of Nanoose Bay: 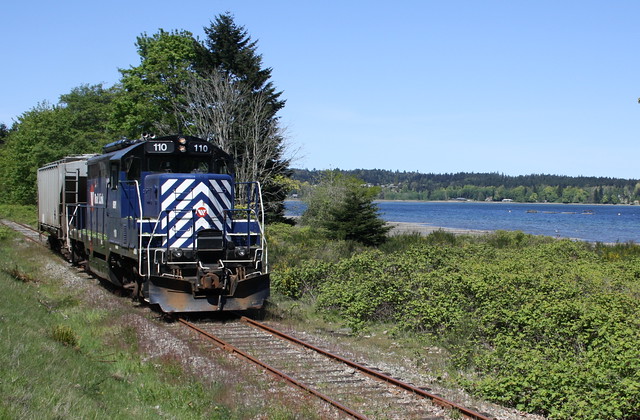 Thanks for looking, a few other photos from the trip can be found here.

Great shots, #3 & 5 are my favorites. For us uninformed south of the border types, what is the E&N? I assume the "N" stands for "Nainamo".

Bill Anderson said:
Great shots, #3 & 5 are my favorites. For us uninformed south of the border types, what is the E&N? I assume the "N" stands for "Nainamo".
Click to expand...

Thanks for the comments, Bill. As Ted stated, its the Esquimalt & Nanaimo Railway located on Vancouver Island (the railway is also referred to as the Southern Railway of Vancouver Island). Here is a link to the wikipedia page explaining the history if you're interested.
T

Awesome thread! Sure wished I had taken the last Malahat a few years ago while it was still running.

How far south is the E&N going now? Will anything ever get to the 'table in Vic again?
V

espee4441 said:
Awesome thread! Sure wished I had taken the last Malahat a few years ago while it was still running.

How far south is the E&N going now? Will anything ever get to the 'table in Vic again?
Click to expand...

Thanks espee! The feed mill in Duncan is as far south as they go, although they were filming parts for the movie Godzilla around the E&N tunnel on the Malahat in March. That was a very rare movement over that part of the line. Doubtful the turntable will be used again as the developer has taken over the property and is converting the roundhouse to a grocery store and other shops.
You must log in or register to reply here.
Share:
Facebook Twitter Reddit Pinterest Tumblr WhatsApp Email Share Link