In 2010 there was alot of talk that the Soo Line #1003 2-8-2 steam engine had made its last run and was going to stuffed and mounted in a Wisconsin Auto Museum. Well thanks to alot of hard work and large donations by several Wisconsinites and others the #1003 has emerged from its 15 yr rebuild and is ready to grace the rails of Wisconsin and maybe elsewhere once again. As of right now 2 Steam powered trains running in SE Wisconsin have been announced.

SCHEDULE – Saturday, November 3, 2012
Arrival and departure times are approximate and subject to change

Here are some shots from Photographer Specials that #1003 has pulled visiting cities that will be visited on the two trips. 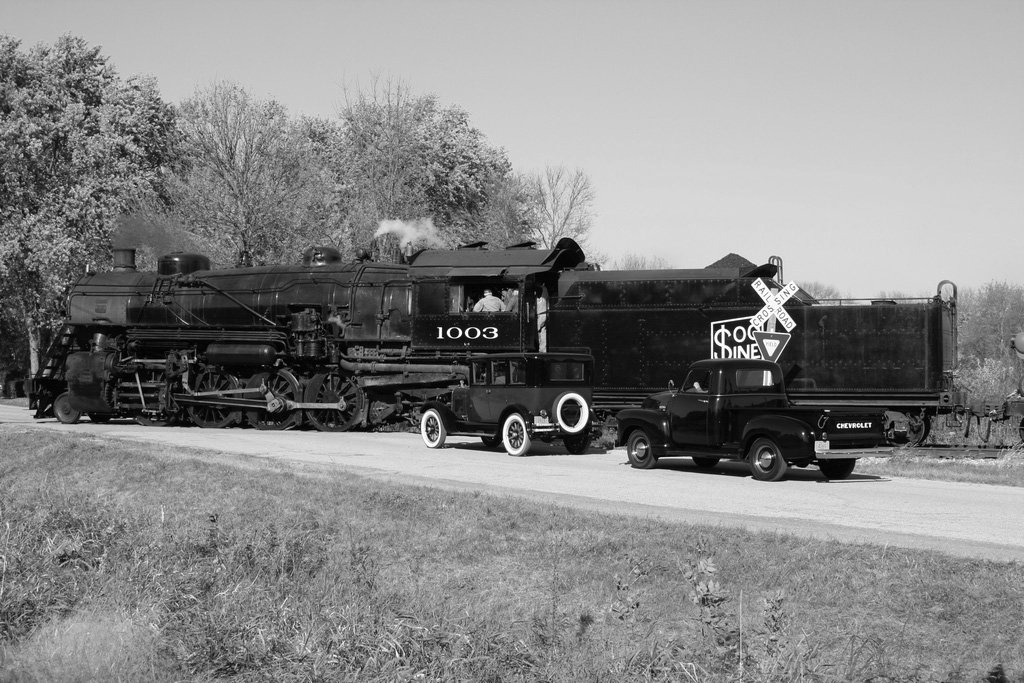 What Year is this ?? by kschmidt626, on Flickr
Taken in Burnett, WI 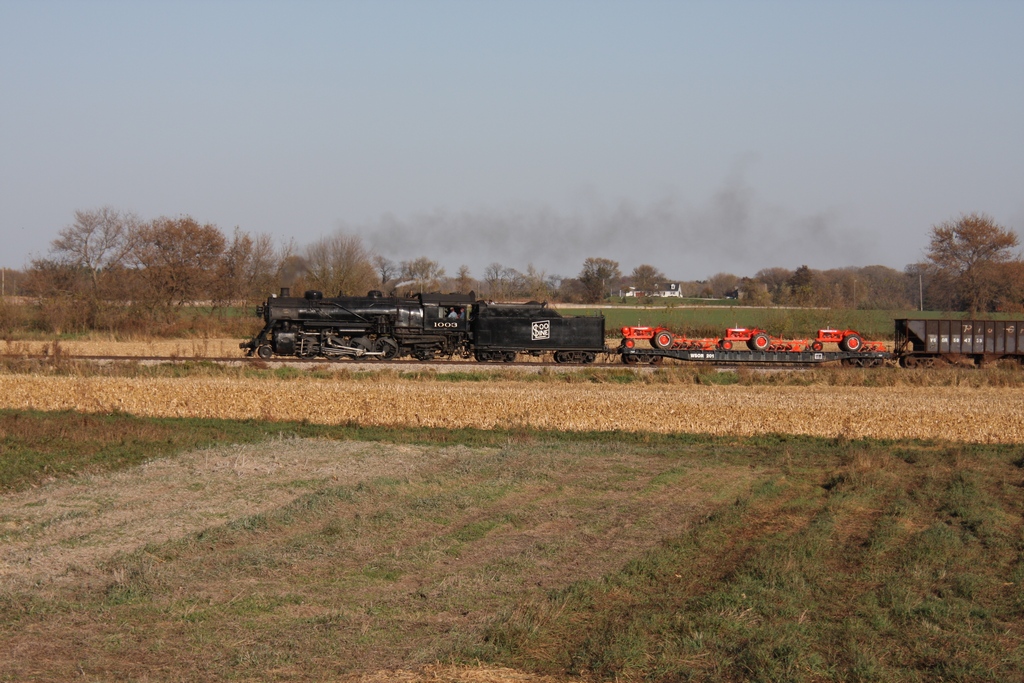 #1003 and a precious load of Allis-Chalmers tractors by kschmidt626, on Flickr
Just south of Brandon, WI 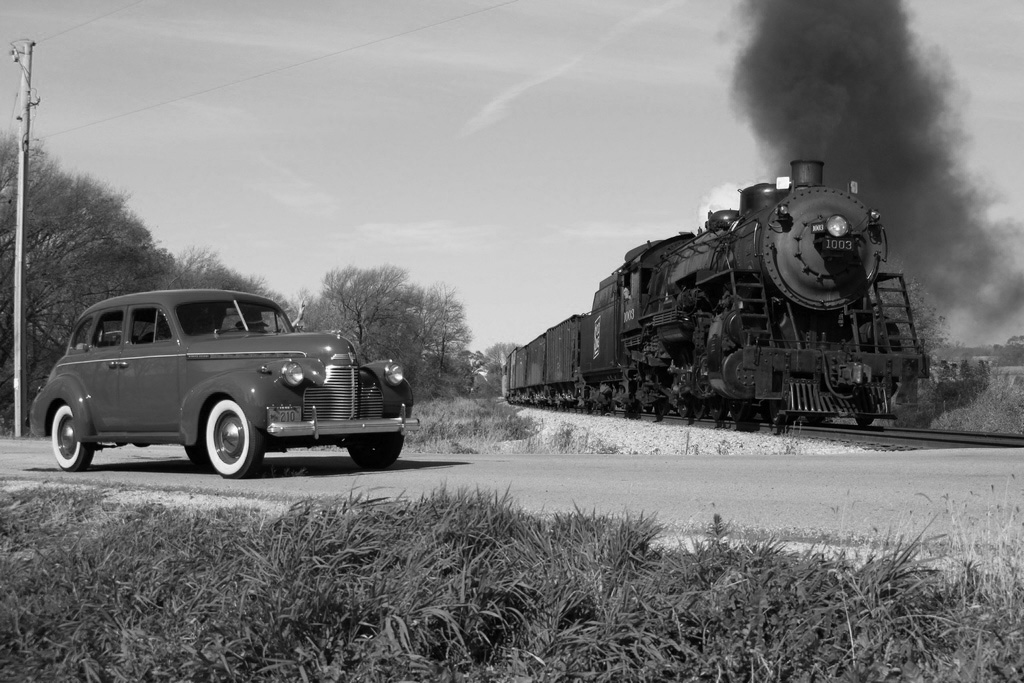 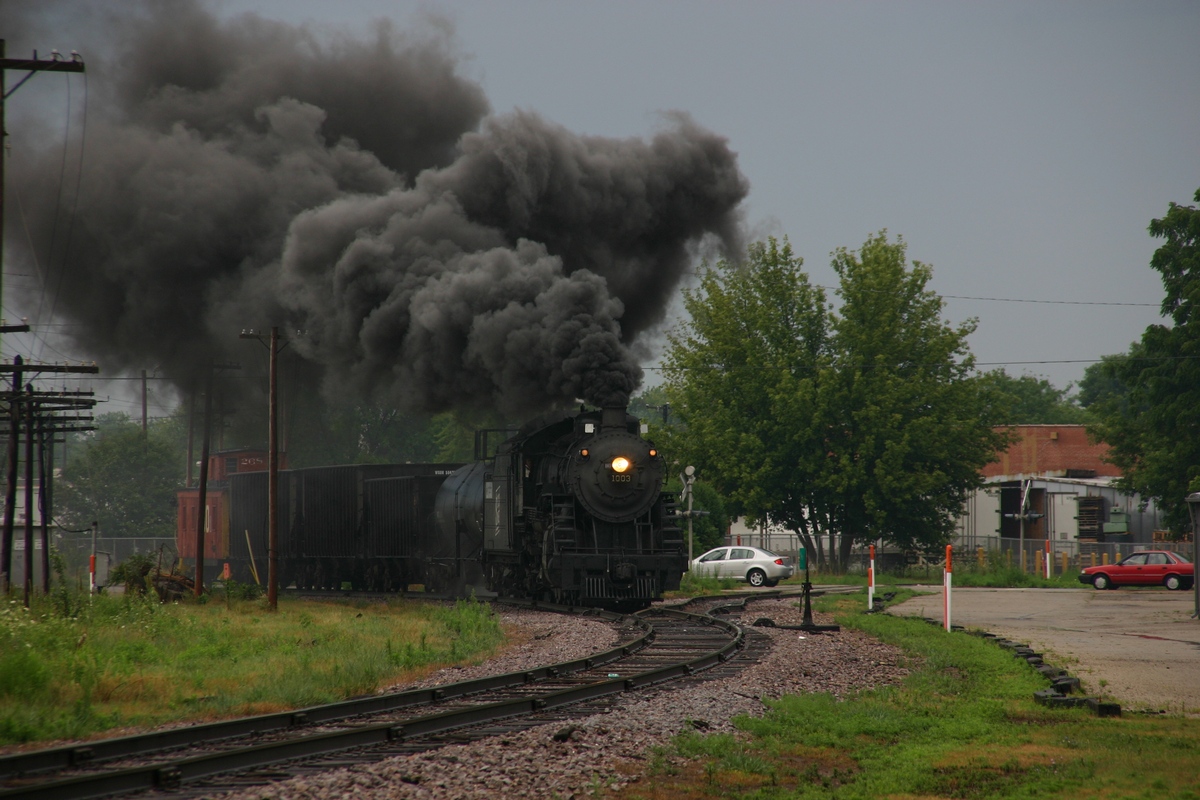 It helps to know the Engineer to get some nice smoke effects by kschmidt626, on Flickr
In the City of Madison 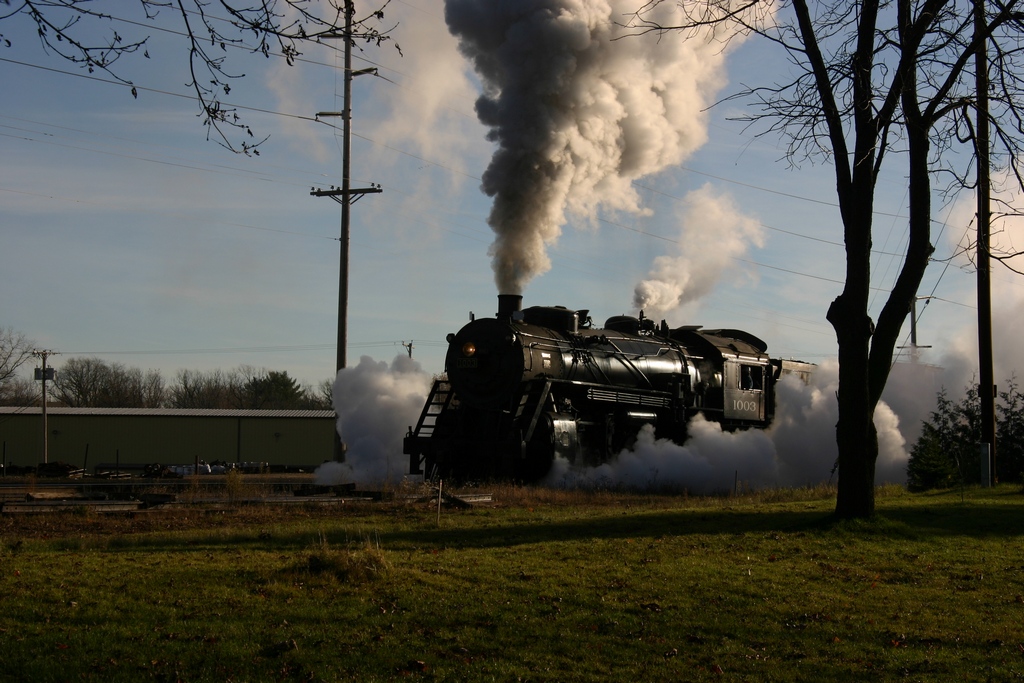 Early on a frosty morning Soo #1003 steams at Horicon, WI by kschmidt626, on Flickr
Steaming up in Horicon, WI

Great to see another steam engine rebuilt and ready to run. BIG THANK YOU to all involved. Also nice see that the new owner of the Wisconsin & Southern RR WATCO is willing to allow the #1003 to run.

What a beautiful Locomotive!!!!!! Wow!! Congratulations and thanks to all who put in countless hours working to restore her. What a labor of love. Great pictures I love those with the cars of the same era as the locomotive. Tom
T