Some photos of my railfanning around the East Bay 2011

Couple of older ones here...

Amtrak California crossing Suisun Bay between Benicia and Martinez California with a portion of the "Ghost Fleet" visible in the background. They are slowly scrapping the ships, many that date back to WWII, including for now, the USS Iowa. 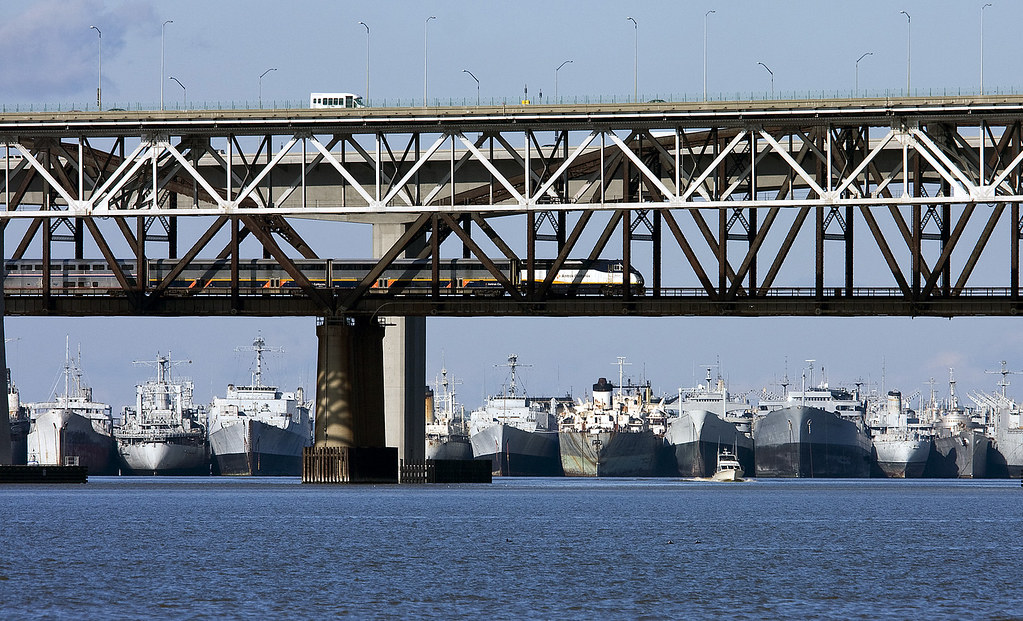 Same location, different day and train, this time with a wind farm in the background as the train crosses the draw bridge section. 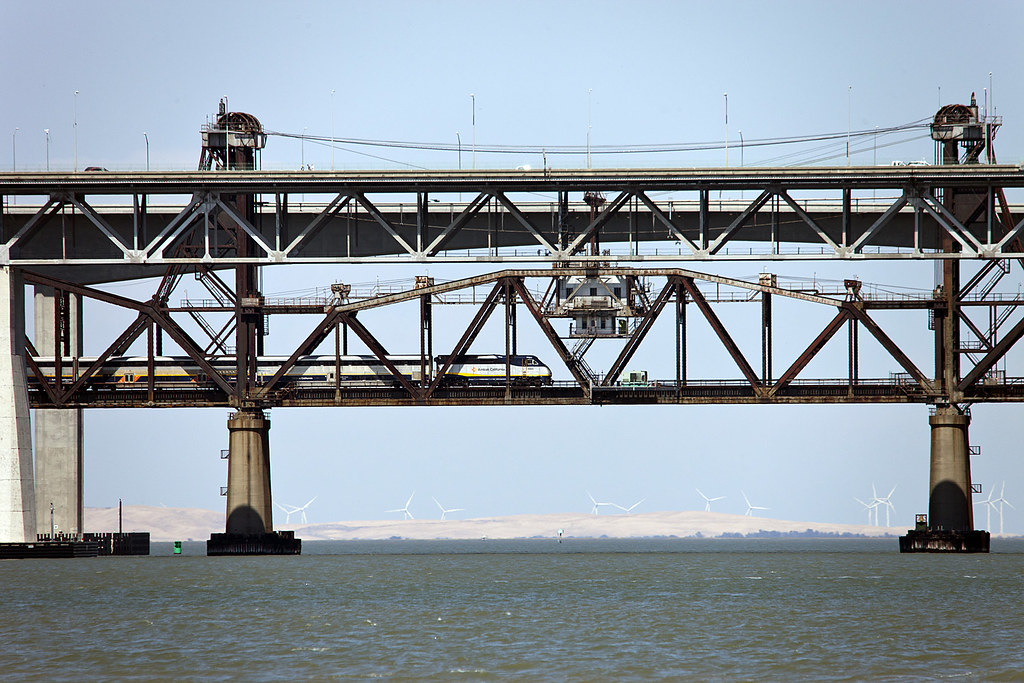 These were mostly taken from the Eckley fishing pier just outside Crockett California. The railroad still serves the C&H Sugar plant at Crockett that sits on the shores of the Carquinez Strait on San Pablo Bay. Interstate 80 crosses the tracks and the bay right here as well. 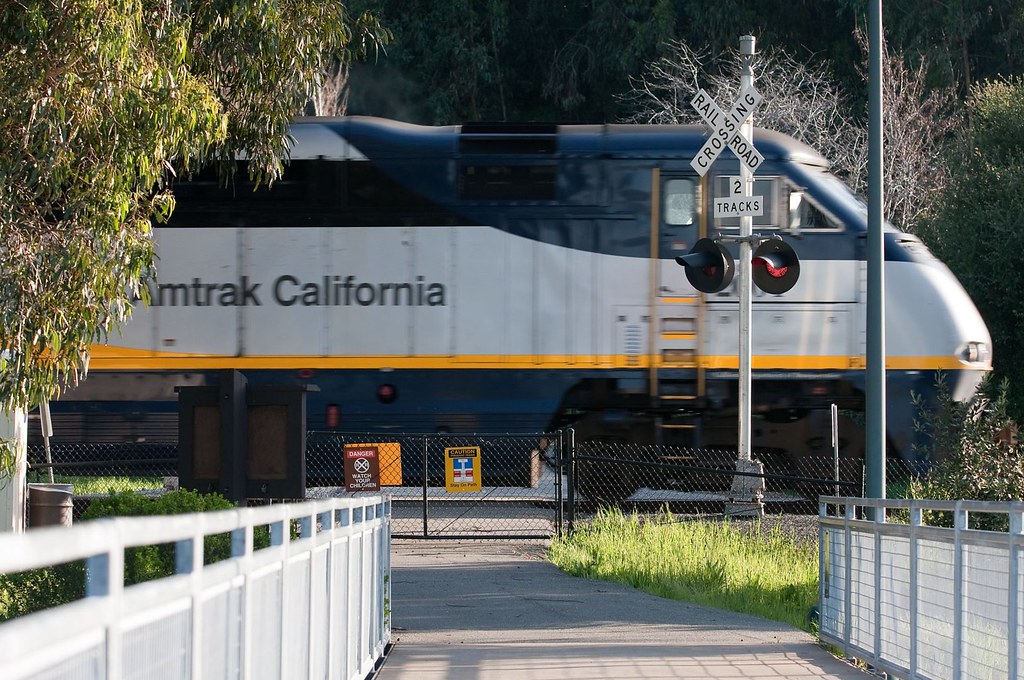 Westbound UP stack train heading through Crockett in route to Oakland 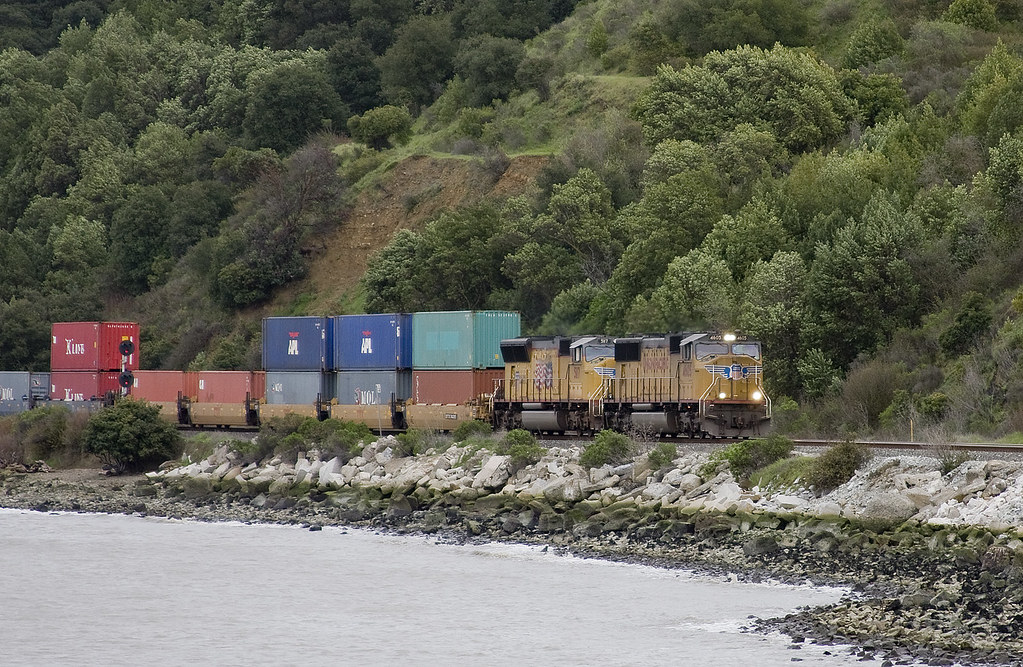 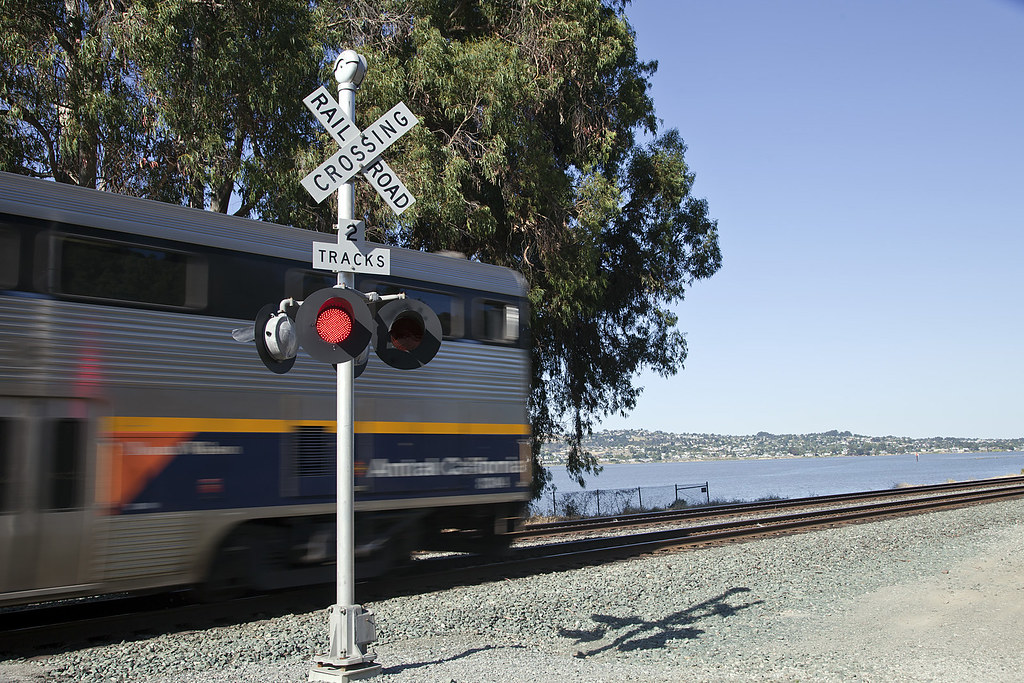 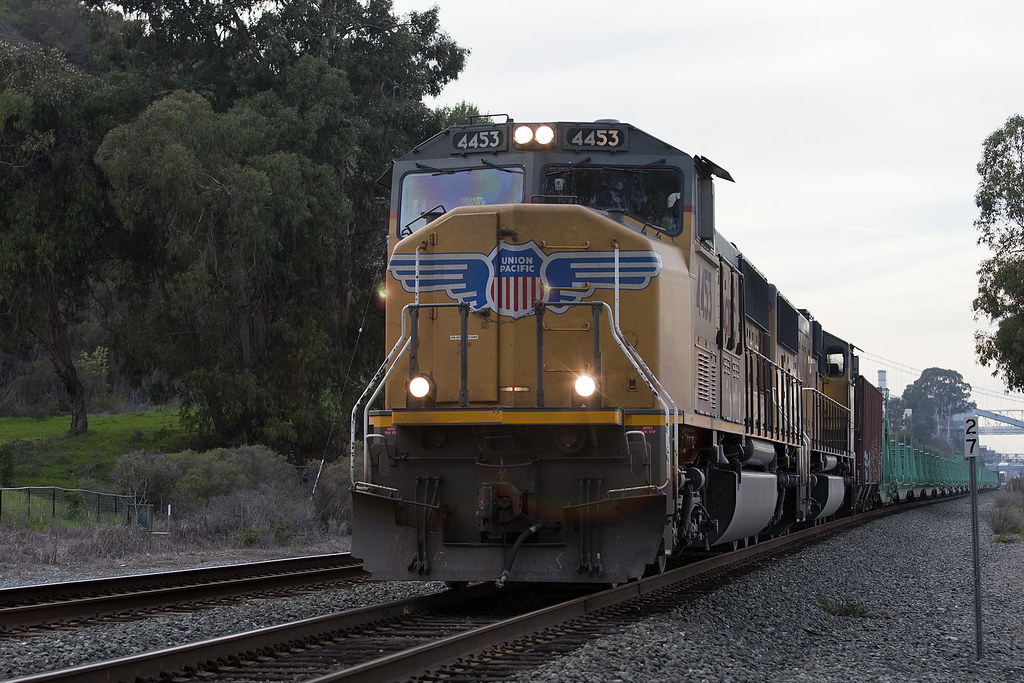 One of the first pics I ever took with my 40D, an eastbound San Joaquin pushes its way past the C&H Sugar plant in Crockett 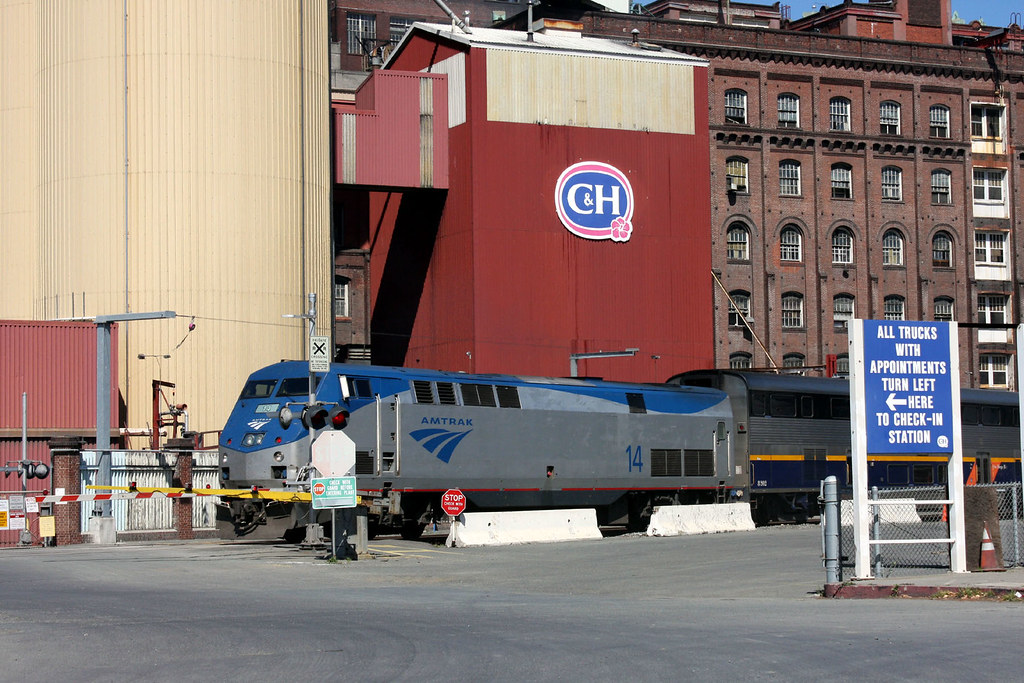 Another Capital Corridor heads through the pedestrian crossing 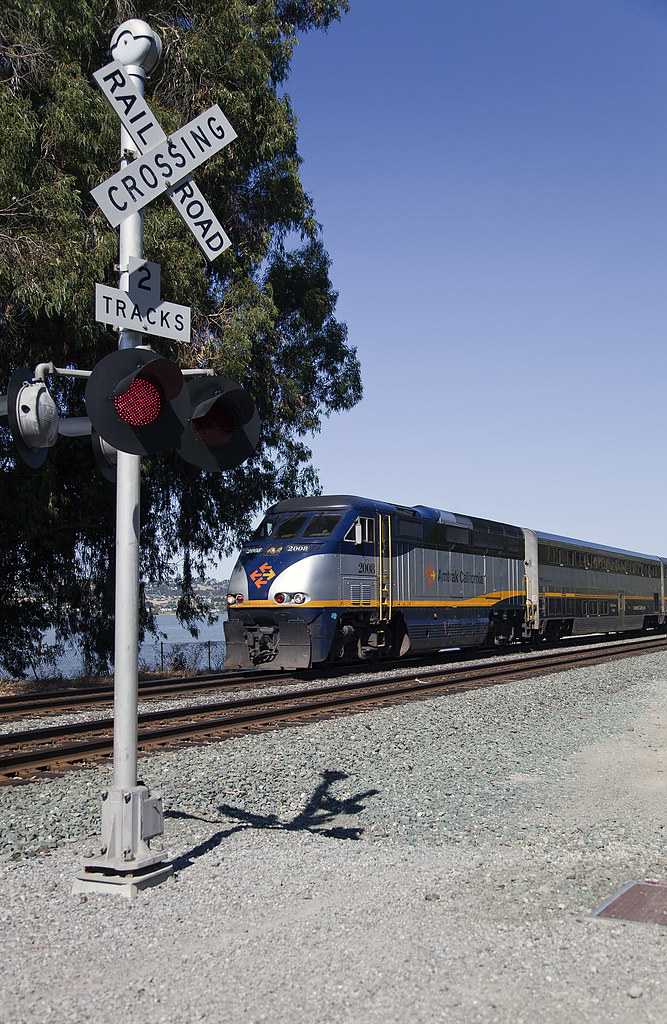 Are there photo locations in Franklin Canyon accessible to you? That former Santa Fe mainline through the hills is not photographed very often.

jkinzel said:
Nice set of pictures, but I really like the first one.
Question: UP4453 @ MP 27, what are the turquoise cars? My guess is it's a rail train.
Click to expand...

I would guess a rail train as well. The UP has traditionally painted their MoW cars turquoise icluding crew cars, storage cars, etc.
C

Again,
Some really great photography. Keep up the good work.

Itsed65 said:
Thanks! It's taken a lot of practice and a lot of hard drive space, but I've had a great time learning since getting my first DSLR a couple of years ago. Trains are only one of the things I like to photograph, but my interest in them goes back to childhood. I kind of stopped railfanning while I was in the Air Force for twenty plus years, (lots of aircraft pics though!) but after an accident led to my retirement, I have a renewed interest. The only difficulty these days is that I am disabled, so it can be a challenge to find places I can shoot trains from my car, or my wheelchair and still get good shots. That doesn't stop me trying though. I will have some more pics up soon. I guess I will just keep adding to this thread as long as they are local (for me) pictures.
Click to expand...

Bill Anderson said:
Are there photo locations in Franklin Canyon accessible to you? That former Santa Fe mainline through the hills is not photographed very often.
Click to expand...

Unfortnuately there is not much of that route accessable by car, which is too bad becuase it is about 2 miles from my house. The other problem is my patience, as there are only about 4 or 5 trains a day on weekdays tops, and I don't get off work in time to really get any good light, even at the few places I can get at. I feel very lucky when I actually have my camera and catch a BNSF train. It's too bad, becuase there is a lot more photogenic power on the BNSF in my opinion and I do get tired of Amtrak all the time (a couple of trains an hour on weekdays). I would love to be able top get a good angle on the steel trestle in Martinez, but I can't hike so its a no go.

As to the other question, yes it was a rail train. That was a tough shot as it was right into the sun.

Thanks again for the compliments, I will keep up with a few more pics now and then.

What little I have of BNSF

The UPS train wating at a signal while the new positive train control signals are getting installed last year. The UP double track mainline is below in the foreground. Taken from Bayfront Park in Pinole CA. This was a cloudy day shot handheld so not the greatest IQ 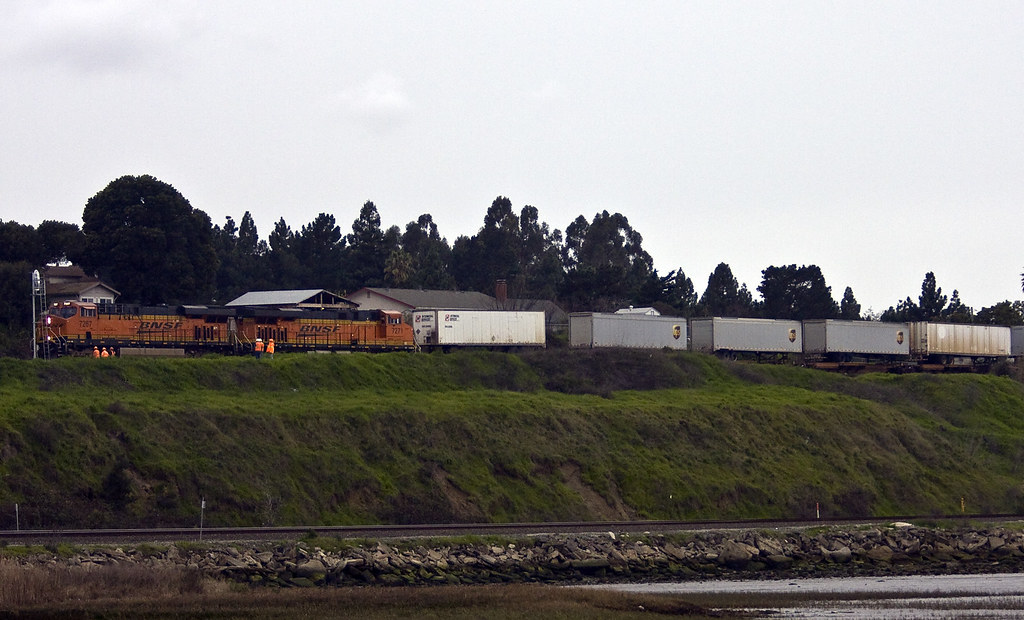 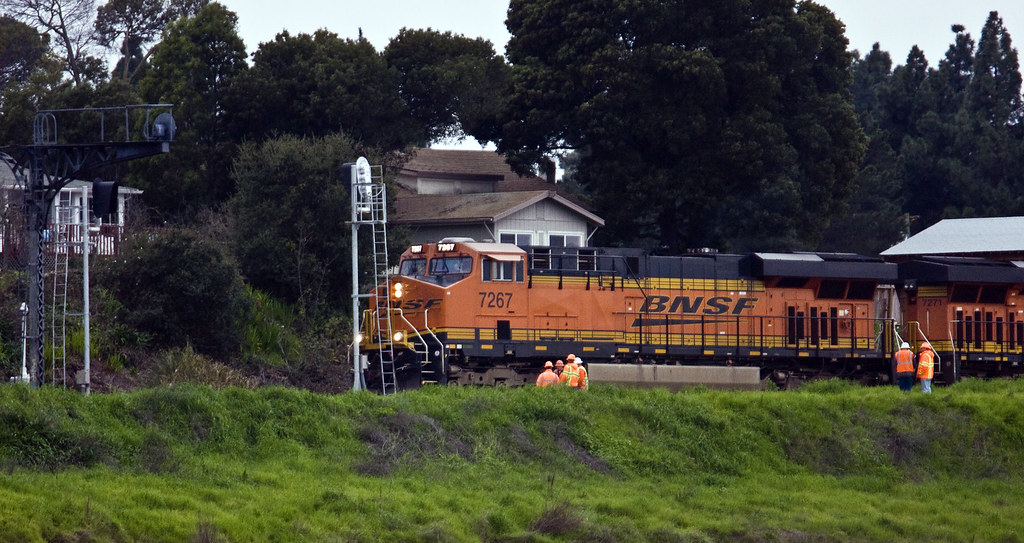 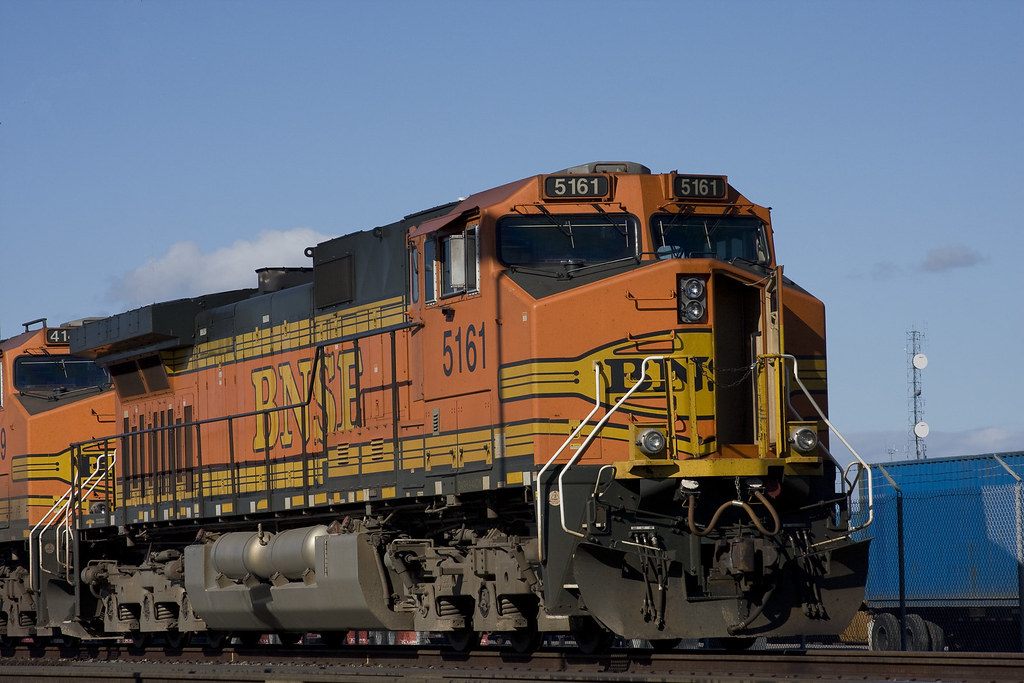 Some guest power giving a hand to a San Joaquin train going though Martinez on the way to Oakland. There was an F-59 on the backend for car power. 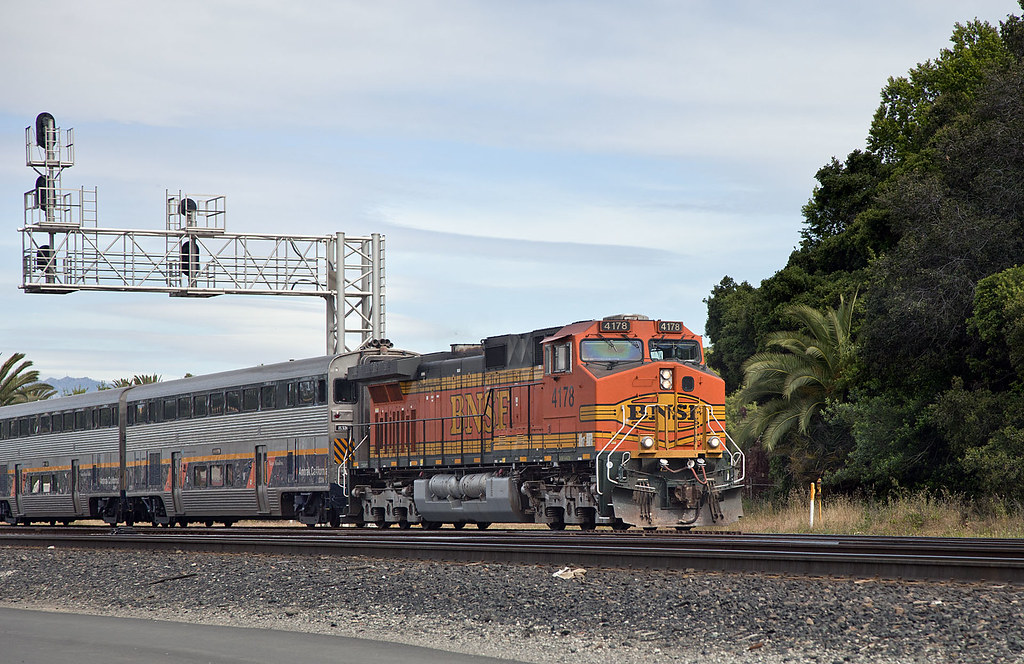 A remote cotrolled SD40-2 at the Port of Oakland 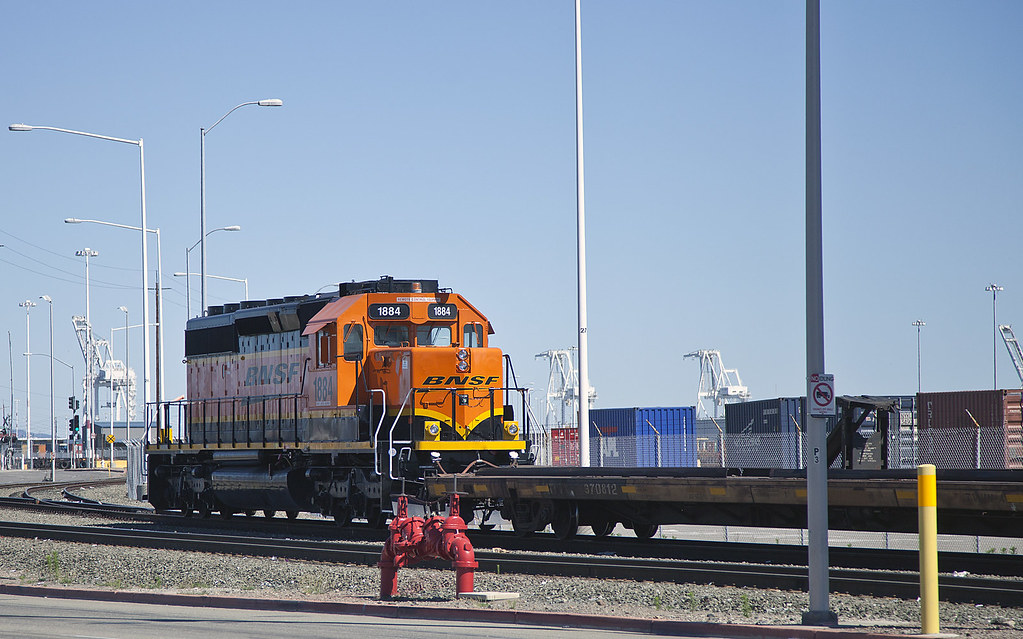 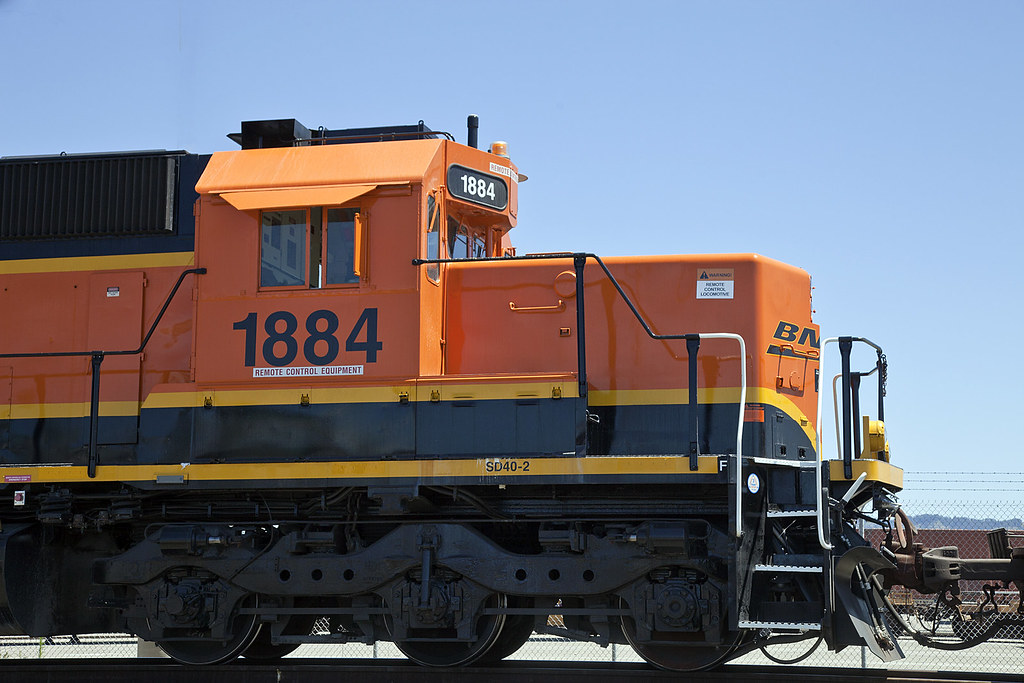 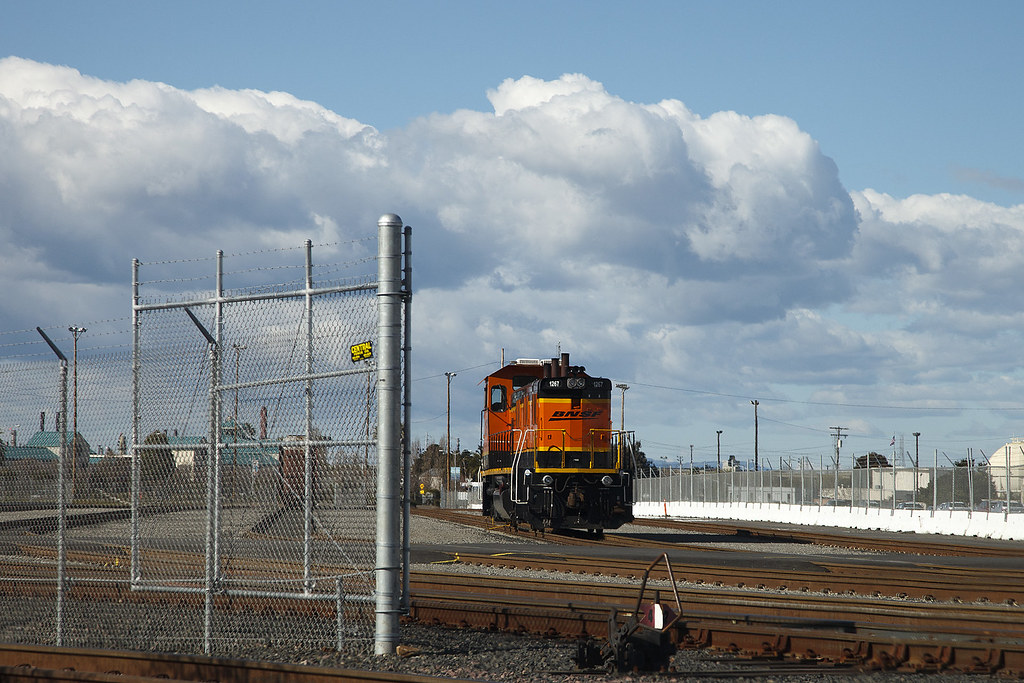 PTC? Or is that a CTC installation at Gatley??

In any case, that old cantilever is history. Nice images!

SamReeves said:
PTC? Or is that a CTC installation at Gatley??

In any case, that old cantilever is history. Nice images!
Click to expand...

I thought I was told by a conductor I see at my pub every now and then it was for PCT, but I could easily have misheard or misunderstood. It was during happy hour that I was talking to him 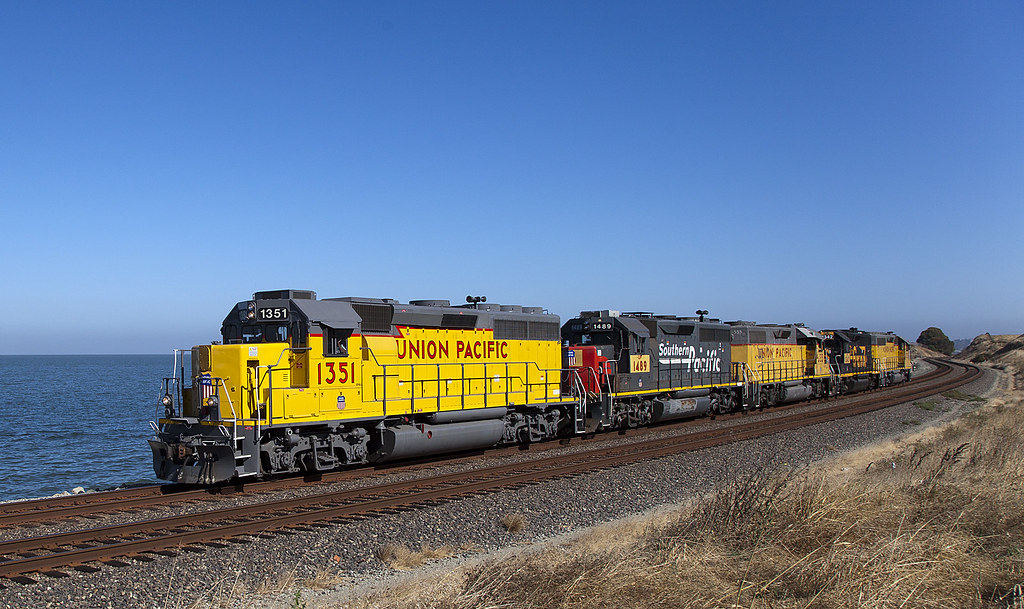 Same set after they passed 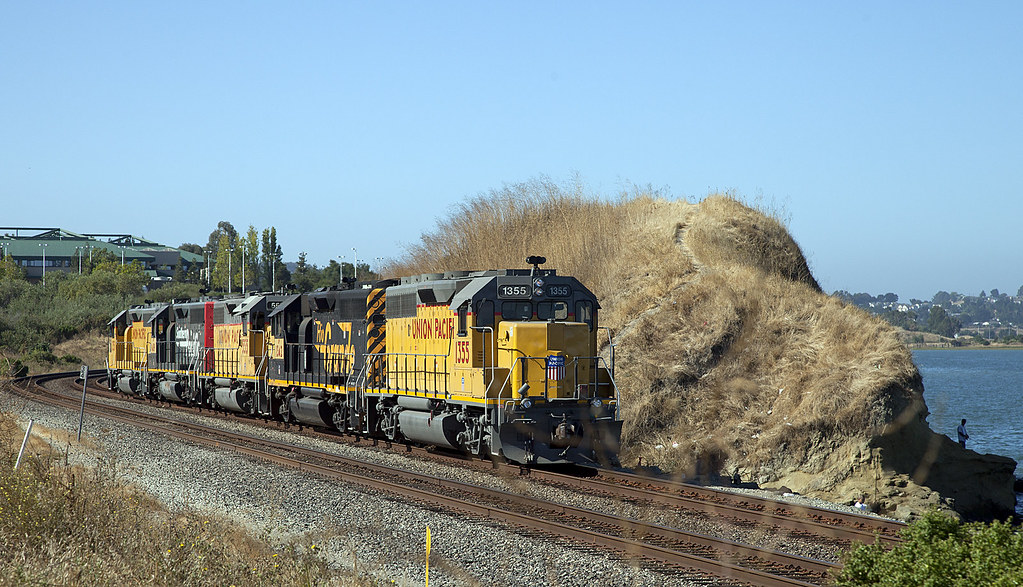 I think this one has since been painted 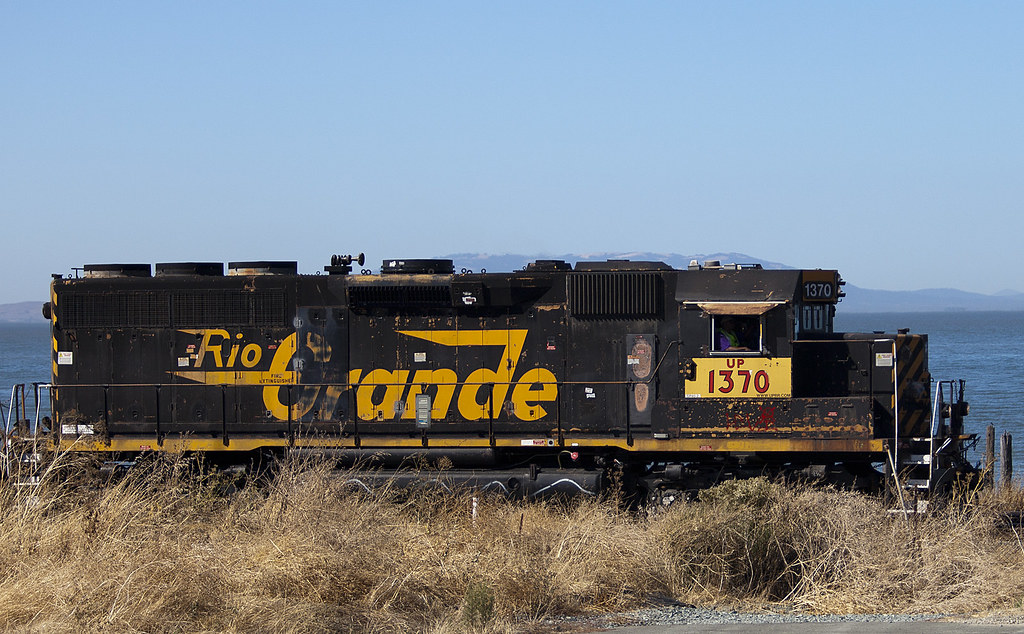 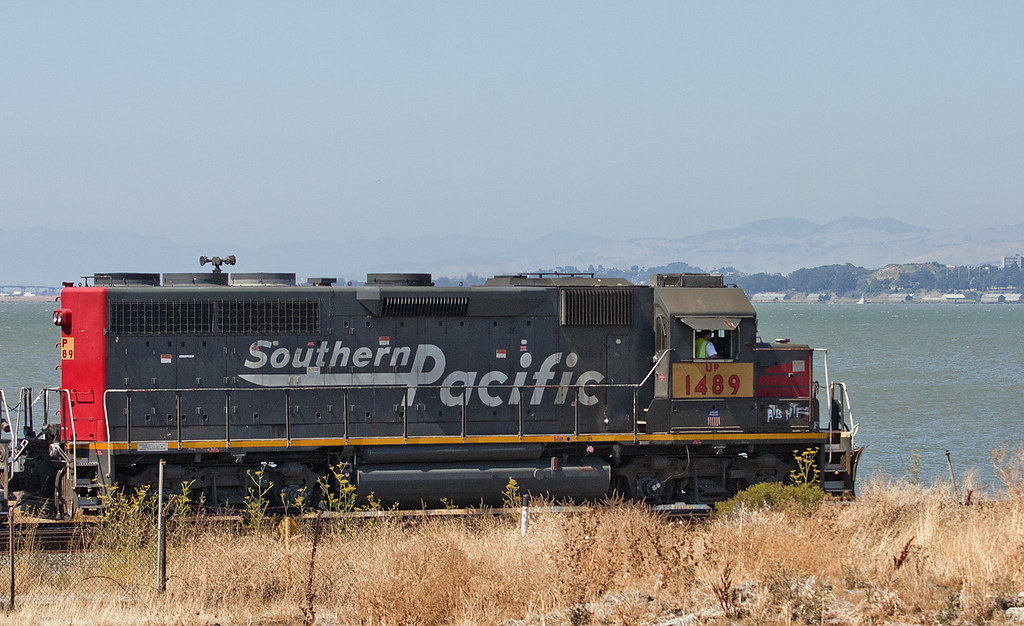 Pano of dead line at Roseville

A great set, thank you. The shots along San Pablo Bay are amazing, what a great place to shoot pictures.

jkinzel said:
A great set, thank you. The shots along San Pablo Bay are amazing, what a great place to shoot pictures.
Click to expand...

Thanks, and yes I am pretty spoiled, as that location is about a 5 minute drive from my house.
C

Thanks! It was the right combination of a clear Sunday morning,being right at the fence at the right time, and I also must give some credit to my 5D2 and 24-105L

Something a little different. I caught some local shortline action this afternoon after work. A Richmond Pacific SW 1200 was moving some tank cars around the Port of Richmond 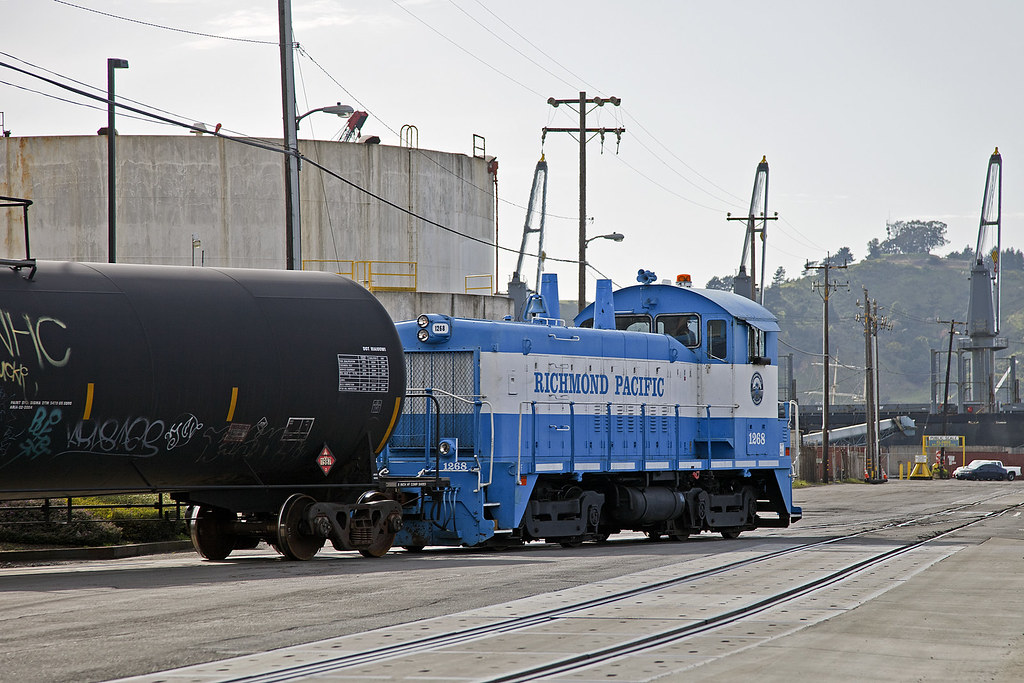 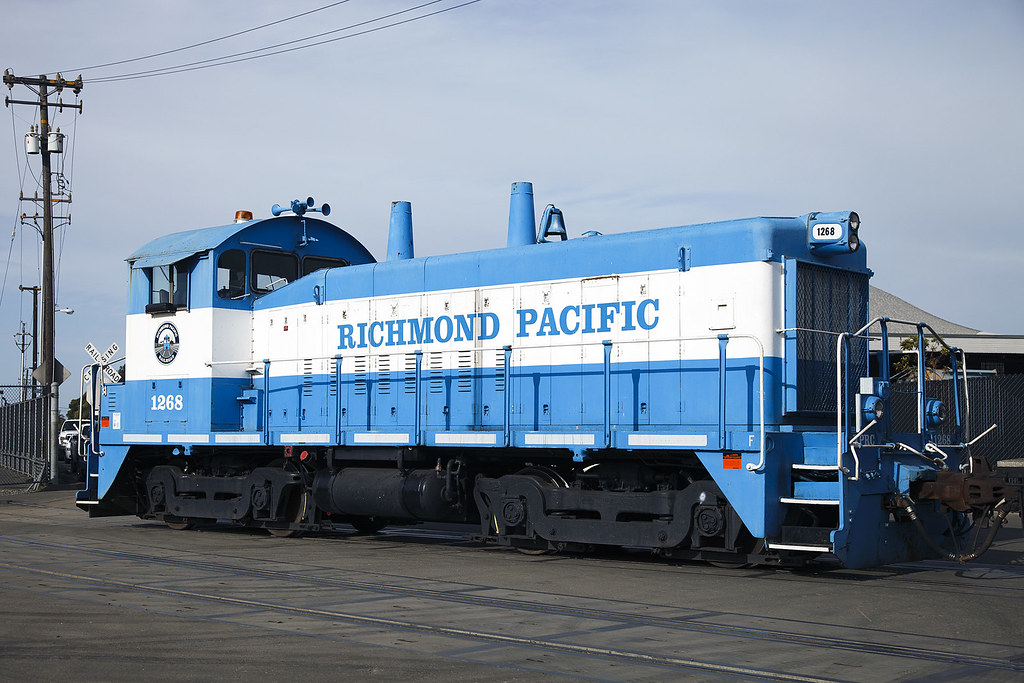 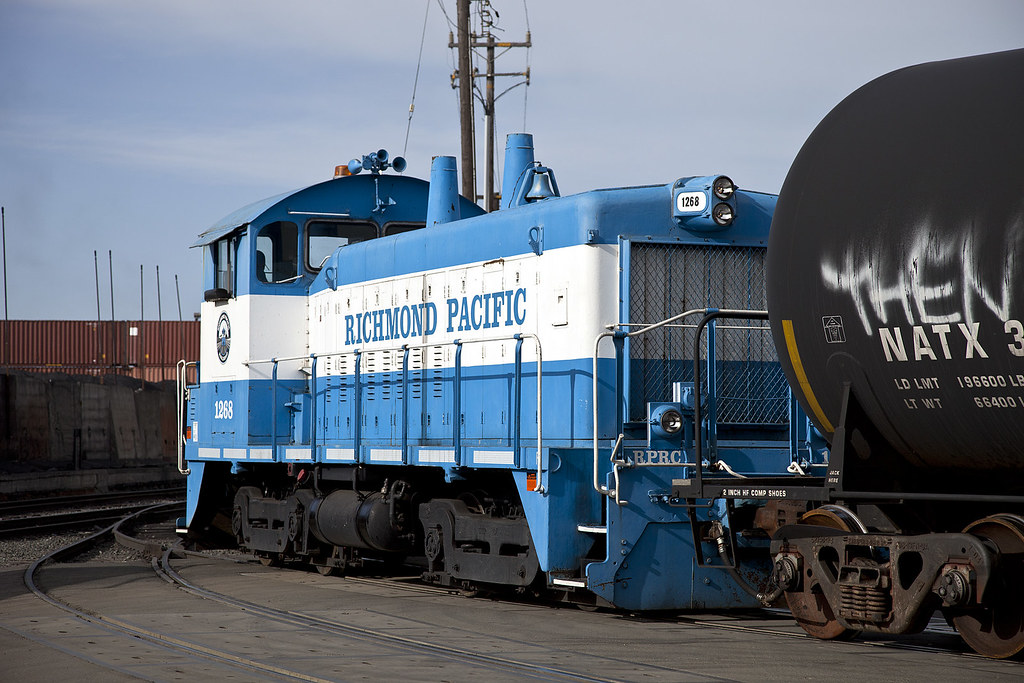 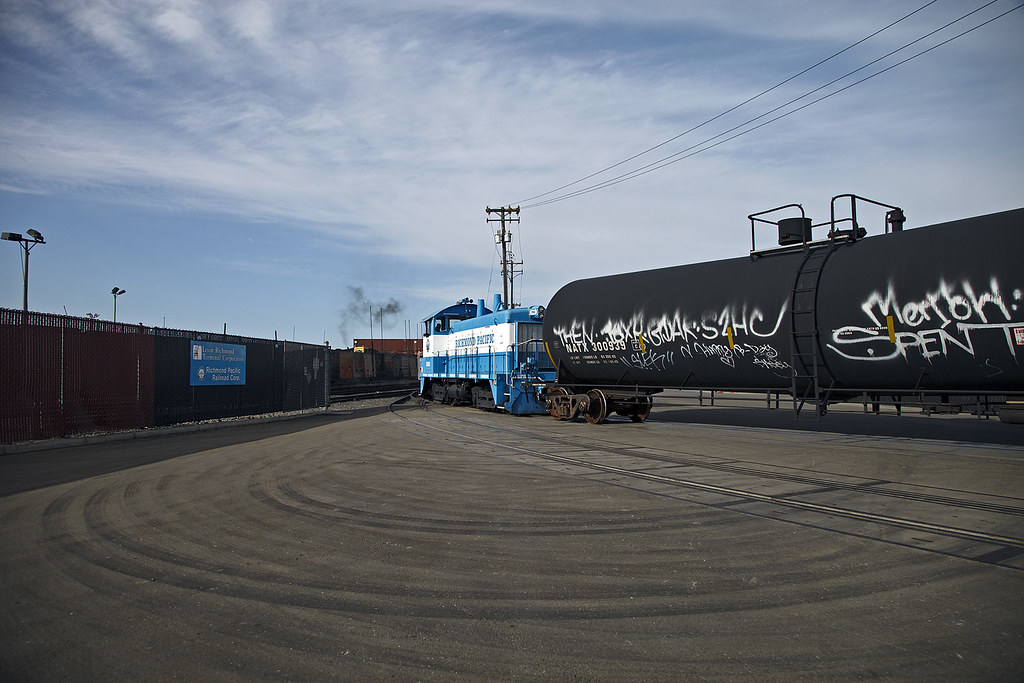 Speaking of clean looking swithcers...I have more of this series, I just haven't had time for post processing yet. The conductor is just getting in after throwing a switch for the ride down the track to the next switching job at the auto loading dock. 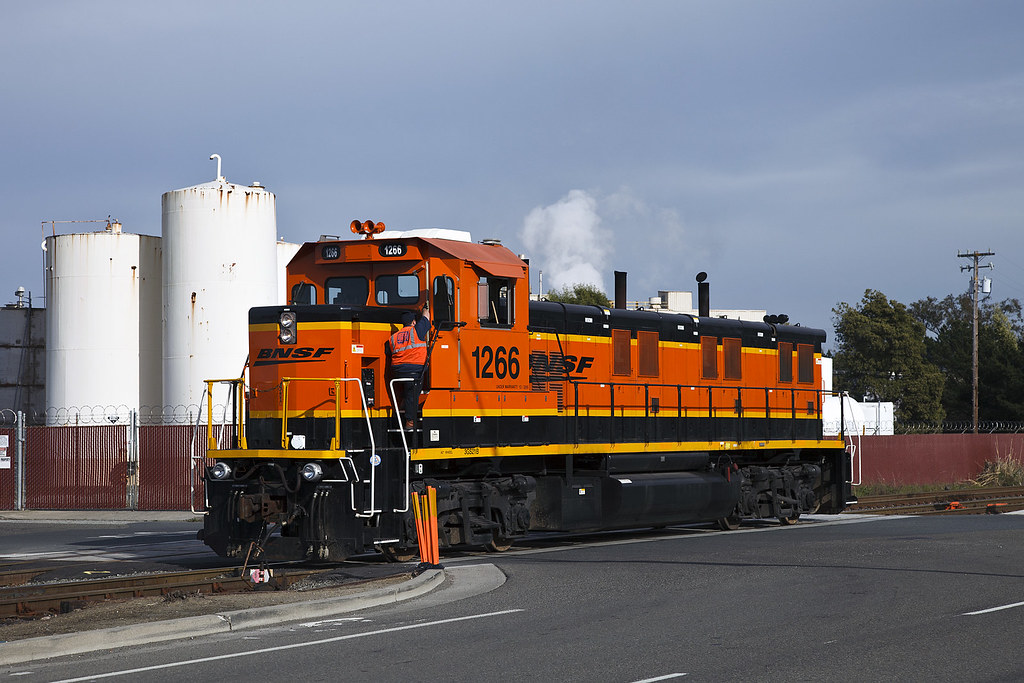