SD40Ns and a New FTRL Switcher

On Thursday, I set out early with hopes of catching original NS heritage unit 8114, which was rumored to possibly go out on 32Q to Decatur around 8 am. Apparently, the unit went out on 319 to Louisville the night before. Plus, I missed the UP local with a patched Cotton Belt GP60 because of UP's horrible phone tracing system. Luckily, my luck improved.

First is HGALMEM with a fakebonnet and a standard cab NS Dash 9. 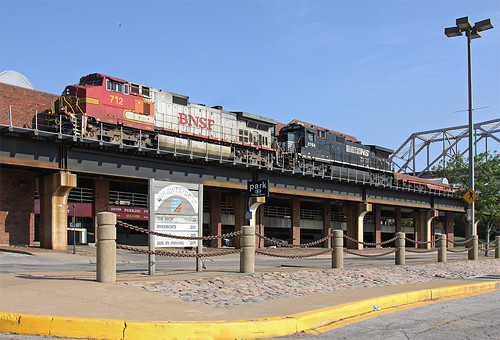 Then, two of UP's rebuilt SD40Ns pulled a dirt train out of St. Louis. They were headed to Kirkwood, only 18 miles away. We got this backlit shot and raced ahead to Webster to hopefully get it again. Unfortunately, the dispatcher held him at Tuxedo Park for 3 westbounds and Amtrak, so we bailed. 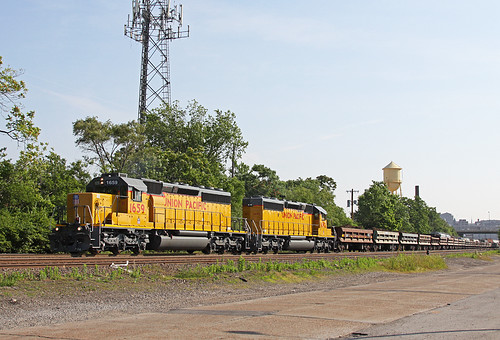 Lastly, we headed to the former Manufacturers Railway where new owner FTRL was running two shifts. One of the shifts involved pulling storage hoppers out using the newly delivered SW1500 in the new paint scheme. It was hardly a consolation prize for missing 8114, but it was alright, nonetheless. 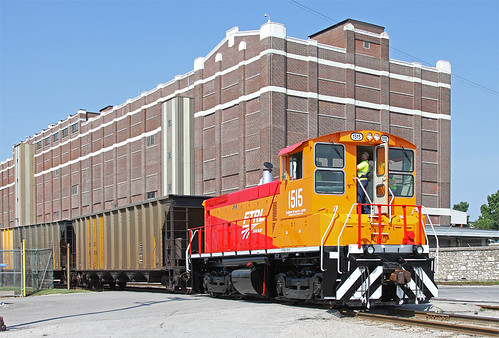 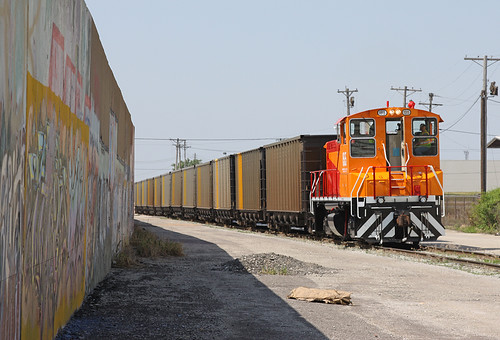 FTRL 1515 and the Graffiti Wall by stlgevo51, on Flickr

I love the SW! It's cool to see old war horses like that with shiny new paint. Too bad about the heritage though.

Nice work. New unit looks nice but it's not the same!

Lots of interesting power in those shots!

Thanks guys! Ed, you are completely right. The MRS just isn't the same without the old switchers.
T