Staff member
It's getting close to Christmas and that means time for shopping.

For the next few weeks I'll be featuring some of the books we offer at RailroadBookstore.com. The bookstore is an Amazon.com affiliate store. Your purchases there help defray the cost of running this website.

You pay the same exact price you'd pay on Amazon.com. The reason for that is simple, you buy directly from Amazon. They pay a small advertising fee to the bookstore in return for referring customers. You also get their famous low prices, great customer service and money back guarantee. Your purchases are secure too, all transactions are processed directly on Amazon.com. They do not share any customer information with us. The only info of any kind that I get from them is a list of what products I've sold.

We specialize in railroad and model railroad books. You'll find hundreds of titles and many categories. If you're looking for a railroad book, chances are good that you'll find it here. Please check us out for your holiday shopping needs! 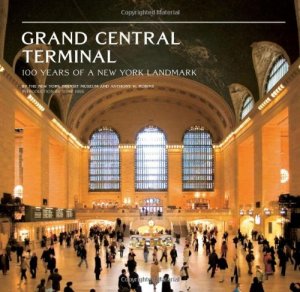 Opened in February 1913, Grand Central Terminalone of the country’s great architectural monumentshelped create Midtown Manhattan. Over the next century, it evolved into an unofficial town square for New York. Today, it sits astride Park Avenue at 42nd Street in all its original splendor, attracting visitors by the thousands. This new book celebrates Grand Central’s Centennial by tracing the Terminal’s history and design, and showcasing 200 photographs of its wondersfrom the well-trodden Main Concourse to its massive power station hidden 10 stories below. The stunning photographs, some archival and some taken by Frank English, official photographer of Metro-North Railroad for more than 25 years, capture every corner of this astonishing complex. 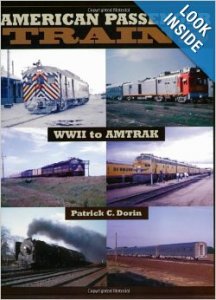 Passenger Trains played an important role in the growth of traveling across America or to the nearest city—the height of its service after WWII until the start up of Amtrak. This book provides railroad hobbyists, historians, museum operators, and transportation instructors and planners with information about the types of train services and operations in various corridors, such as Chicago – Milwaukee; the overnight and daytime long distance service; transcontinental trains, and the various types of local trains on both main lines and branch lines. The book reviews the types of sleeping car, coach, parlor car, food and beverage services available at that time. The equipment and service such as vista dome coaches, dining and lounge cars with many types of meals and beverages, sleeping accommodations and coach seats including reclining and leg rests were drawing cards for passenger traffic. This historic review, including train schedules and advertisements, provides information on train consists which is valuable for creating model railroad layout size trains.

Staff member
The Encyclopedia of Trains and Locomotives

Today's featured book:
The Encyclopedia of Trains and Locomotives: The Comprehensive Guide to Over 900 Steam, Diesel, and Electric Locomotives from 1825 to the Present Day 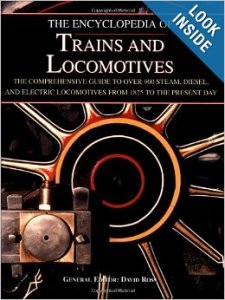 This comprehensive guide to locomotive development includes descriptions of more than 900 trains and locomotives. Arranged in four sections — steam locomotives, diesel locomotives, electric locomotives, and trains — listed chronologically within each section. Featuring 1300 photographs and artwork, as well as specification for each locomotive, this book will enthrall general readers and train buffs alike.

More info/Purchase:
The Encyclopedia of Trains and Locomotives: The Comprehensive Guide to Over 900 Steam, Diesel, and Electric Locomotives from 1825 to the Present Day 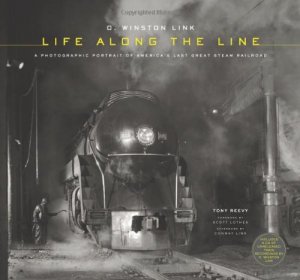 O. Winston Link photographed the Norfolk and Western, the last major steam railroad in the United States, when it was converting its operations from steam to diesel in the 1950s. Link’s N&W project captured the industry at a moment of transition, before the triumph of the automobile and the airplane that ended an era of passenger rail service. His work also revealed a small-town way of life that was about to experience seismic shifts and, in many cases, vanish completely. Including a collection of more than 180 of Link’s most famous works and rare images that have never before been published, O. Winston Link: Life Along the Line offers a moving account of the people and communities surrounding the last steam railroad.

The book includes a cd of Link's recordings of the railroad. 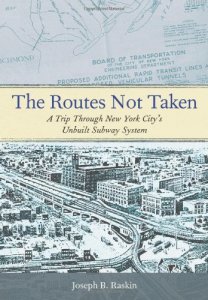 Synopsis
Delves deep into the underbelly of the NYC subway system to reveal the tunnels and stations that might have been.


Robert A. Van Wyck, mayor of the greater city of New York, broke ground for the first subway line by City Hall on March 24, 1900. It took four years, six months, and twenty-three days to build the line from City Hall to West 145th Street in Harlem. Things rarely went that quickly ever again. The Routes Not Taken explores the often dramatic stories behind the unbuilt or unfinished subway lines, shedding light on a significant part of New York City's history that has been almost completely ignored until now.


Home to one of the world's largest subway systems, New York City made constant efforts to expand its underground labyrinth, efforts that were often met with unexpected obstacles: financial shortfalls, clashing agendas of mayors and borough presidents, battles with local community groups, and much more. After discovering a copy of the 1929 subway expansion map, author Joseph Raskin began his own investigation into the city's underbelly. Using research from libraries, historical societies, and transit agencies throughout the New York metropolitan area, Raskin provides a fascinating history of the Big Apple's unfinished business that until now has been only tantalizing stories retold by public-transit experts.


The Routes Not Taken sheds light on the tunnels and stations that were completed for lines that were never fulfilled: the efforts to expand the Hudson tubes into a fullfledged subway; the Flushing line, and why it never made it past Flushing; a platform underneath Brooklyn's Nevins Street station that has remained unused for more than a century; and the 2nd Avenue line long the symbol of dashed dreams deferred countless times since the original plans were presented in 1929. Raskin also reveals the figures and personalities involved, including why Fiorello LaGuardia could not grasp the importance of subway lines and why Robert Moses found them to be old and boring. By focusing on the unbuilt lines, Raskin illustrates how the existing subway system is actually a Herculean feat of countless political compromises.


Filled with illustrations of the extravagant expansion plans, The Routes Not Taken provides an enduring contribution to the transportation history of New York City. 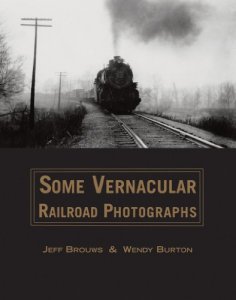 Synopsis
A remarkable collection of images taken by passionate amateurs that have both a historical value and an innocent charm.


Jeff Brouws and Wendy Burton have been collecting vernacular railroad photographs for many years, poring through disorganized boxes of snapshots at train shows and swap meets. With a keen editorial eye they have sought out the unusual, the lyrical, the pastoral, and the urban, ultimately assembling a collection that includes railroad landscapes, locomotives, bridges, and people primarily during the age of steam. This fascinating assemblage will appeal to fans of vernacular photography and rail fans alike. It is accompanied by an essay that includes a brief discussion of the aesthetic evolution of railroad photography in the early to mid-twentieth century and the phenomenon of the International Engine Picture Club, which acted as a clearing house and swapping mechanism for rail fans. 250 duotone photographs. 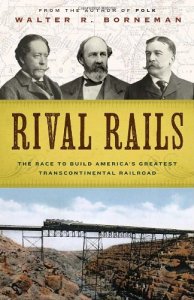 Synopsis
From acclaimed historian Walter R. Borneman comes a dazzling account of the battle to build America’s transcontinental rail lines. Rival Rails is an action-packed epic of how an empire was born—and the remarkable men who made it happen.

After the completion of the first transcontinental railroad in 1869, the rest of the country was up for grabs, and the race was on. The prize: a better, shorter, less snowy route through the corridors of the American Southwest, linking Los Angeles to Chicago. In Rival Rails, Borneman lays out in compelling detail the sectional rivalries, contested routes, political posturing, and ambitious business dealings that unfolded as an increasing number of lines pushed their way across the country.


Borneman brings to life the legendary business geniuses and so-called robber barons who made millions and fought the elements—and one another—to move America, including William Jackson Palmer, whose leadership of the Denver and Rio Grande Western Railroad relied on innovative narrow gauge trains that could climb steeper grades and take tighter curves; Collis P. Huntington of the Central Pacific and Southern Pacific lines, a magnate insatiably obsessed with trains—and who was not above bribing congressmen to satisfy his passion; Edward Payson Ripley, visionary president of the Atchison, Topeka and Santa Fe, whose fiscal conservatism and smarts brought the industry back from the brink; and Jay Gould, ultrasecretive, strong-armer and one-man powerhouse.


In addition, Borneman captures the herculean efforts required to construct these roads—the laborers who did the back-breaking work, boring tunnels through mountains and throwing bridges across unruly rivers, the brakemen who ran atop moving cars, the tracklayers crushed and killed by runaway trains. From backroom deals in Washington, D.C., to armed robberies of trains in the wild deserts, from glorified cattle cars to streamliners and Super Chiefs, all the great incidents and innovations of a mighty American era are re-created with unprecedented power in Rival Rails. 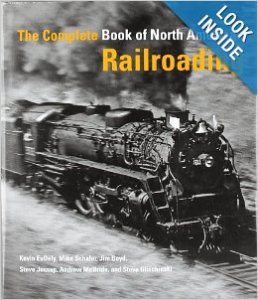 Synopsis
The year 1827 marked the completion of the United States’ first railroad--and the beginning of a transformation of American life. This book, spanning nearly two centuries, offers an exhilarating tour of the railways’ inroads into the economy, society, and culture of North America.

Illustrated with more than 400 historical and modern photographs and period advertisements, The Complete Book of North American Railroading takes readers back to the birth of the railroads, then travels through the “Golden Age” from 1900 to 1950 and on to the railways of our day. Locomotives, from steam to electric and diesel; passenger travel; freight operations; and infrastructure, including stations, bridges, depots, roundhouse, railyards, and signaling are all thoroughly examined and amply illustrated. Authors Kevin EuDaly and Mike Schafer delve into the history, the culture, and the technology of the railroads as they have carried travelers across the continent, brought goods to market, connected businesses in peacetime and war, and enriched the canon of American folklore and the quality of everyday life.