Portland's newest city park, the 3.2-acre Fields Park in the Pearl District of Northwest Portland opened today. There are some nice trainwatching locations in the park, which was part of the master plan.

The park overlooks the crossovers at MP 0.5, just north of Portland Union Station. It's a busy location with an interesting mix of trains: Several UP freights, one P&W job each way daily; an occasional BNSF freight or light power move; and four Amtrak Cascades and one Coast Starlight each way daily.

On the site of the former SP&S/BN Hoyt Street Yard, the park is bordered on the south by NW Overton St., on the west by NW 11th Avenue, and on the northeast by the BNSF right-of-way. 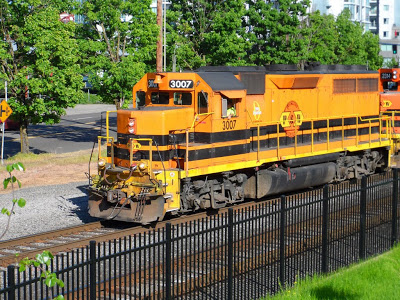 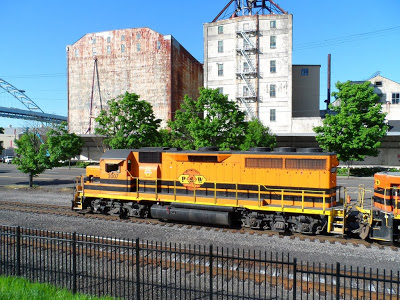 railohio said:
Well, it's not that new...
Click to expand...

The area had been completely closed since January 2012 while the new park was under construction. Before that it was a vacant lot and ad-hoc off-leash dog run.

Now it's a nicely-designed city park with all the amenities, even a restroom. 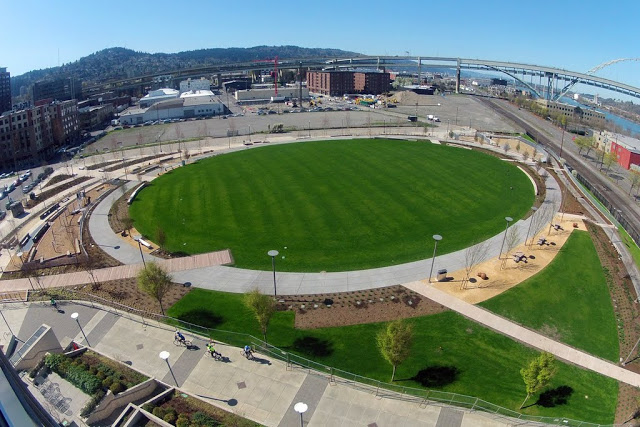 (Nice pix! We haven't had that much snow here since then.)

Does anyone watch the NBC show Grimm? It is filmed in Portland. The protagonist periodically visits an old trailer supposedly kept in a storage lot next to the railroad tracks. There have been scenes of the trailer in the lot with Amtrak's Cascades passing by.