One of the oldest railways in Lower-Saxonia(9+2p.)

today I show you some photos from summer 2011 near Brunswick. The railway from Wolfenbüttel to Schöppenstedt, a part of the first connection between Berlin and Cologne. This railway is build around 1840 and was build with tow tracks. After the Lehrter railway was build to Berlin, the traffic is reduced. During the construction inner-german-border, the railway was closed between Gunsleben and Jerxheim. At the same time, the second track was reduced. In december 2007, the railway between Schöppenstedt-Jerxheim(-Helmstedt) were closed. 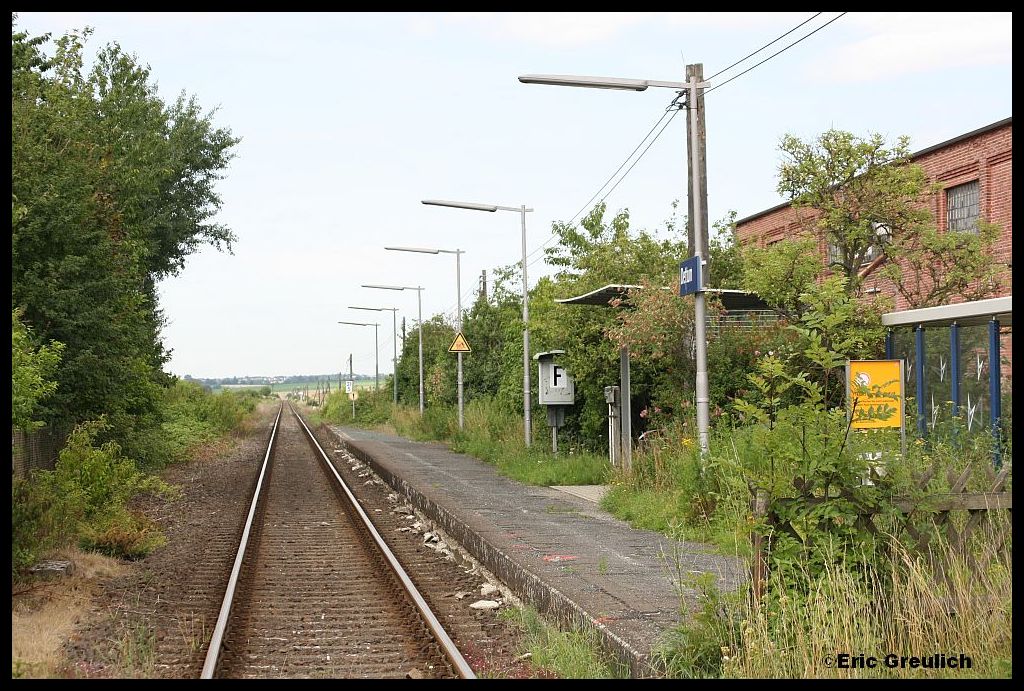 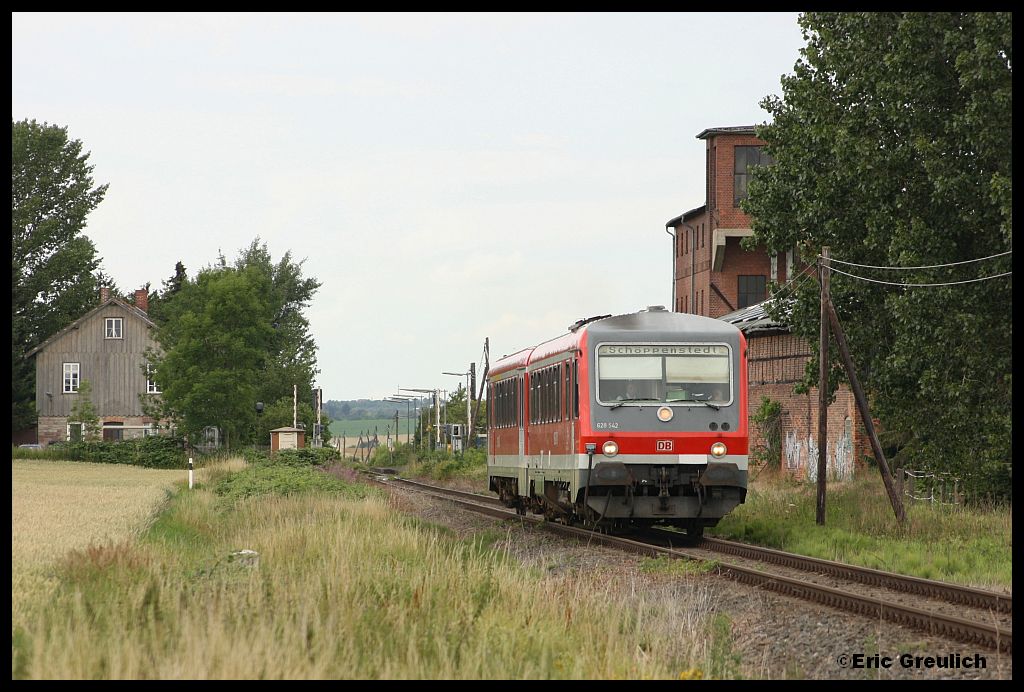 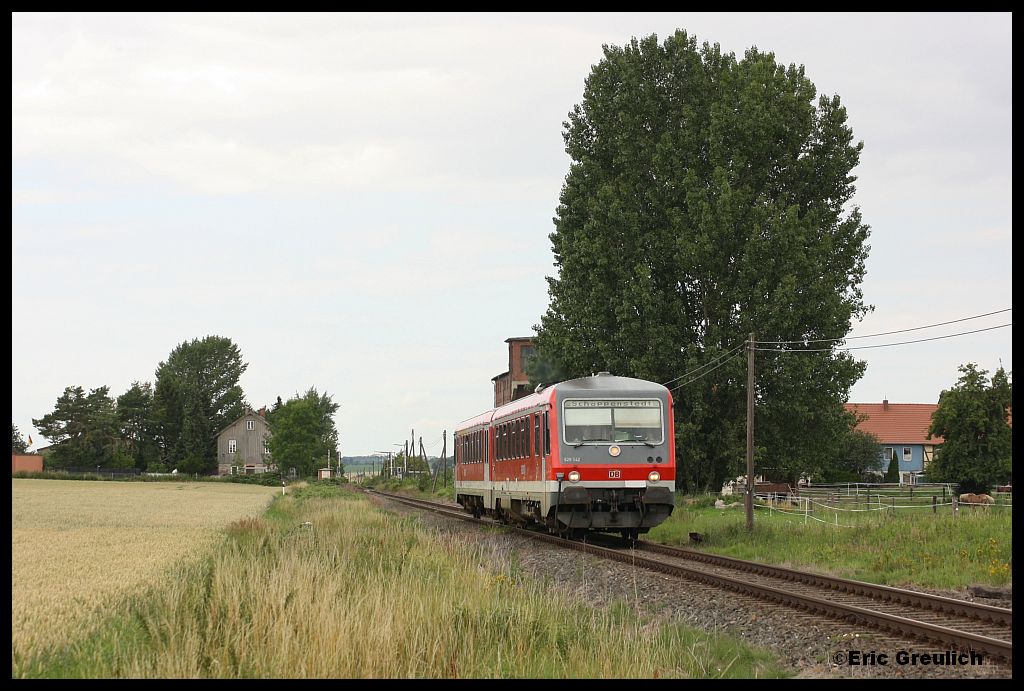 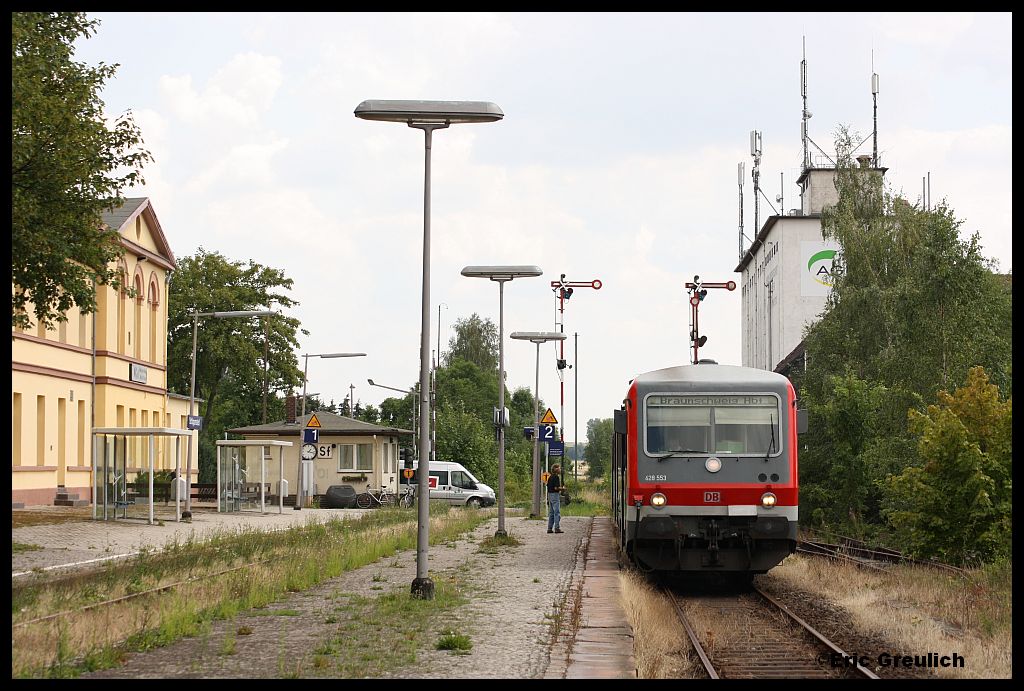 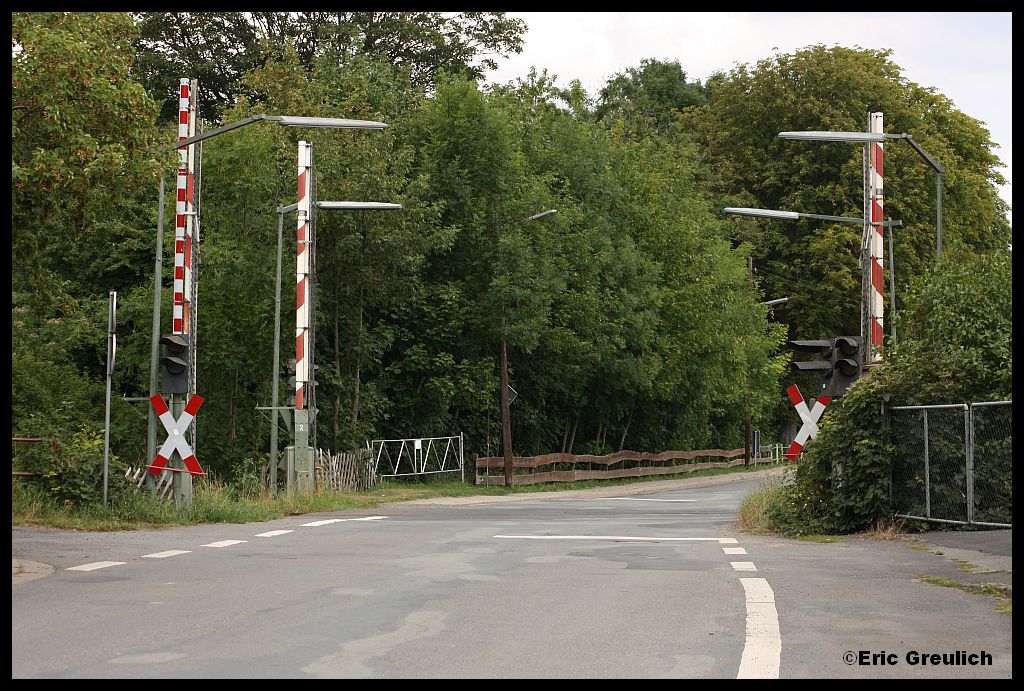 A rare type from a railway crossing. 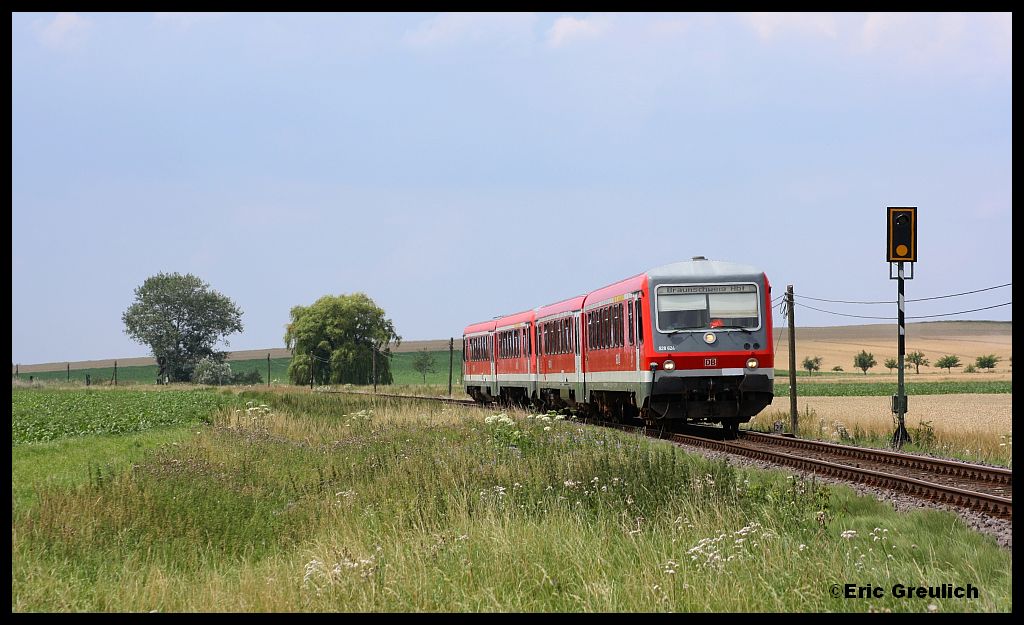 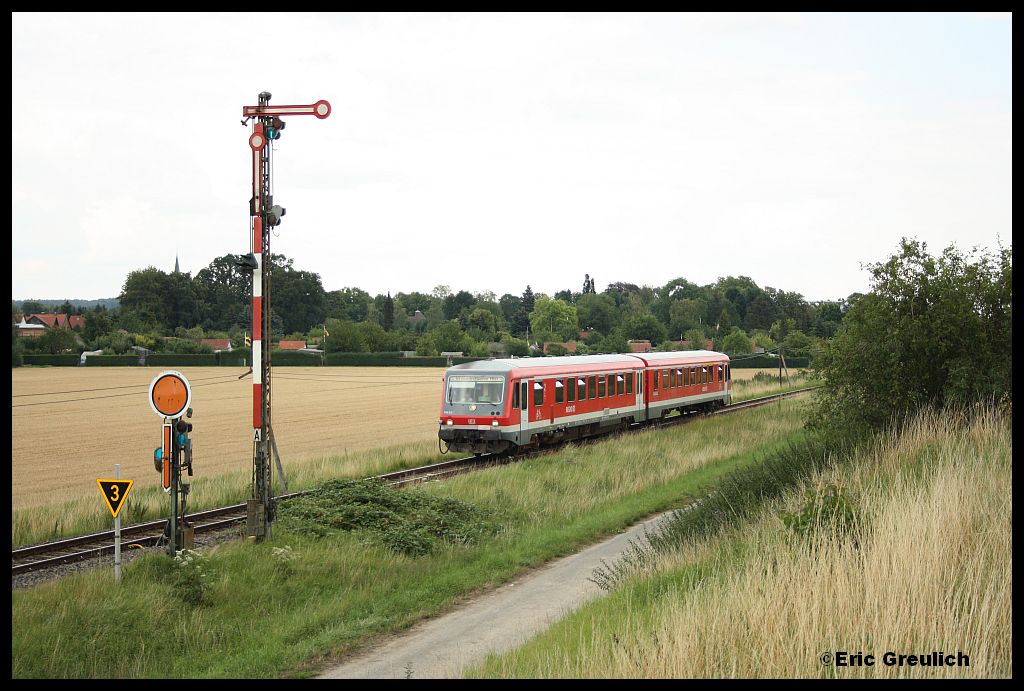 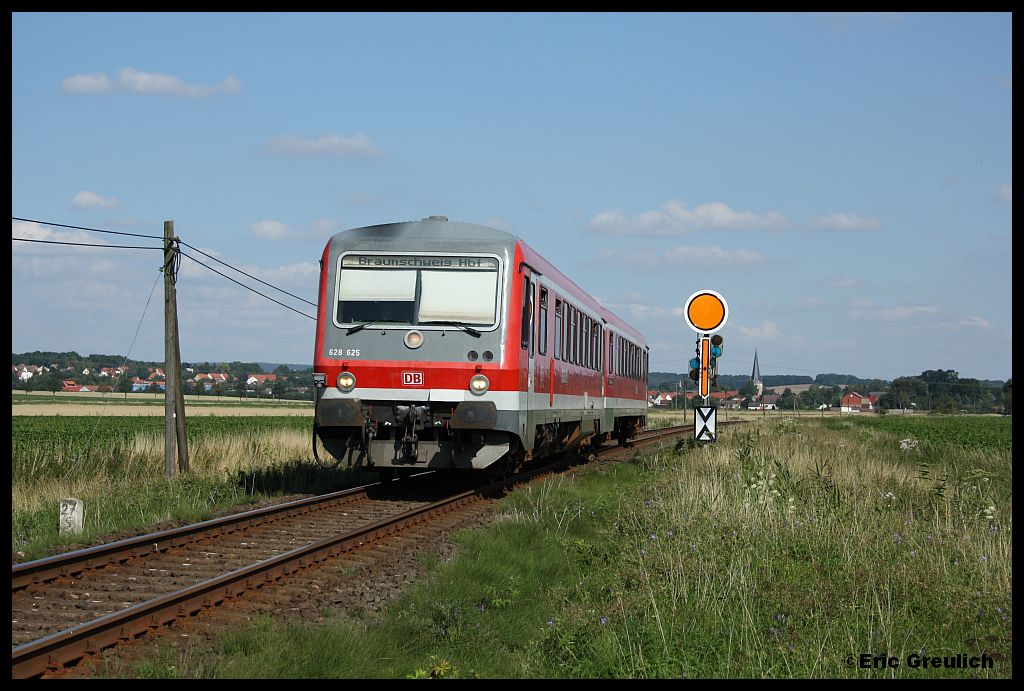 Now some pictures from 2th august. 628 625 near Schöppenstedt. 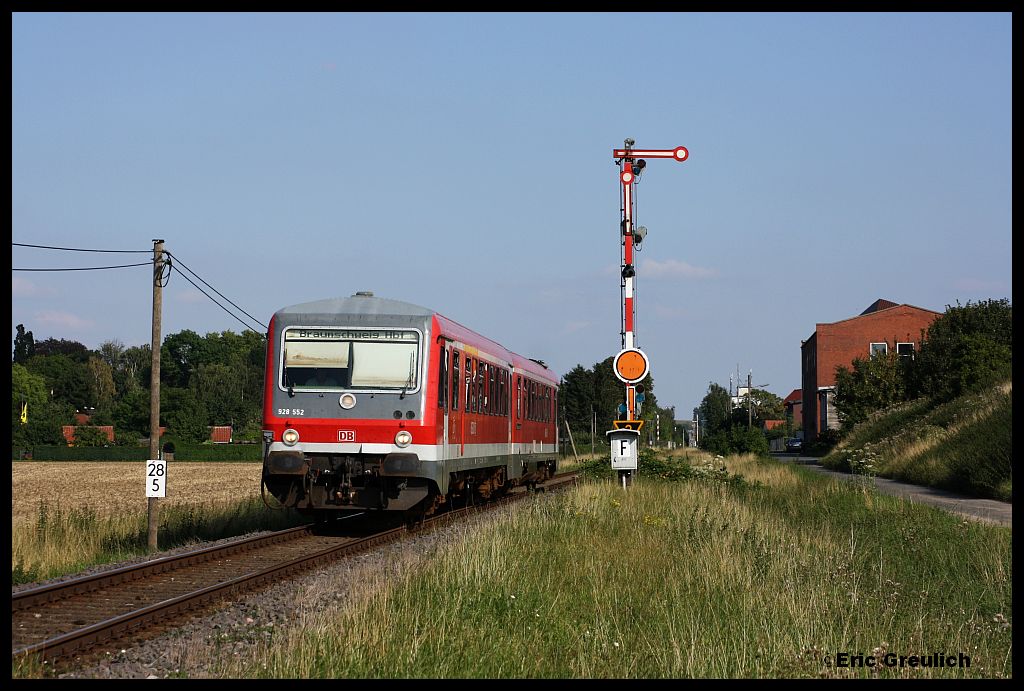 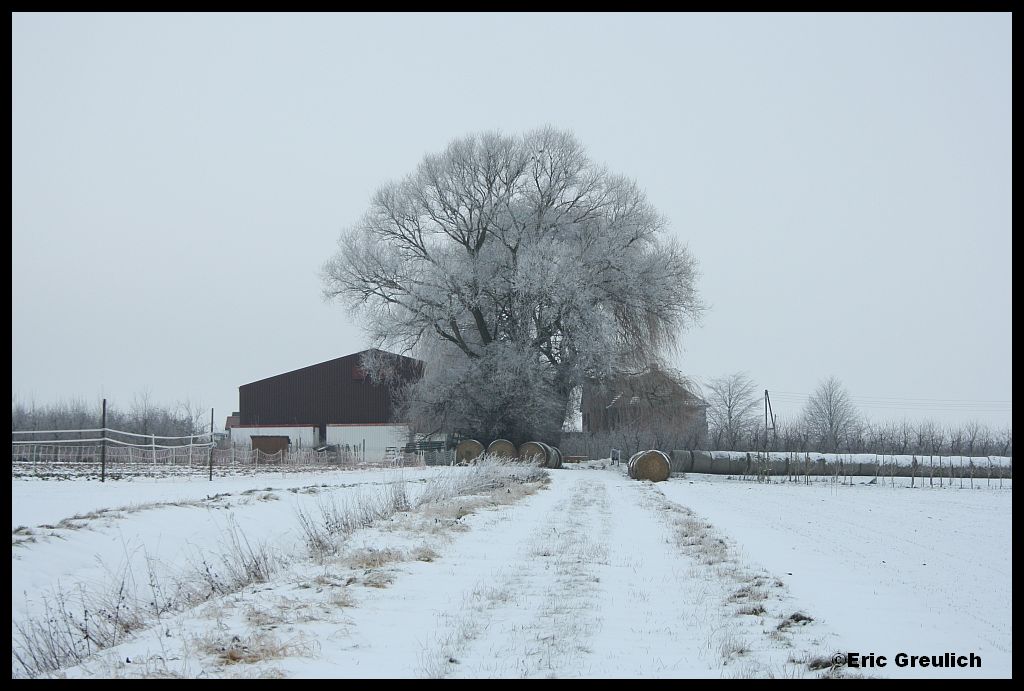 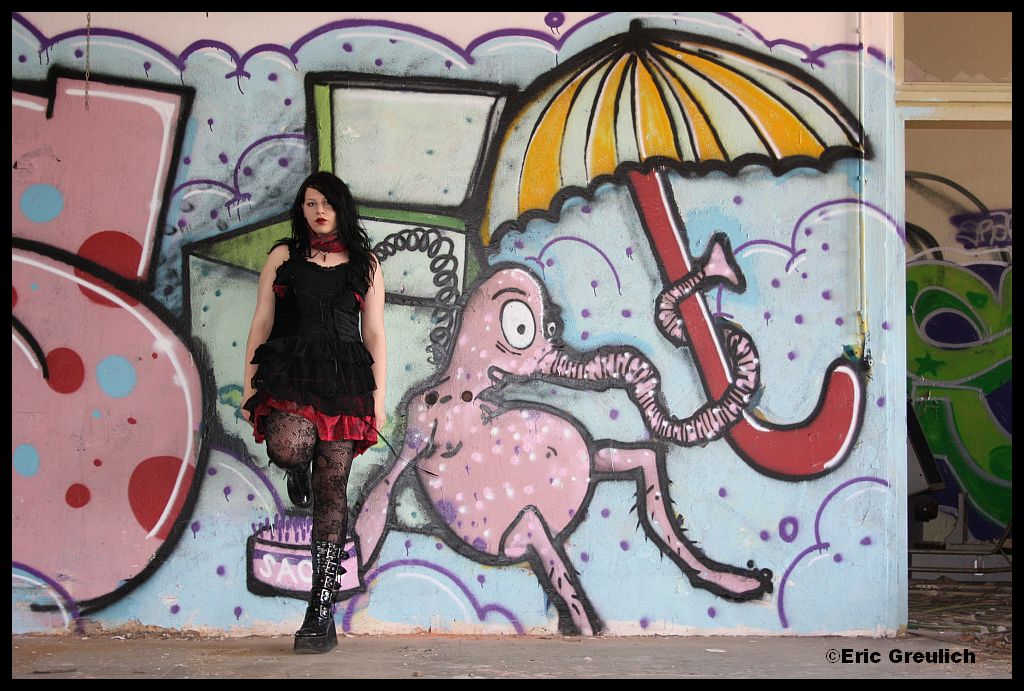 And the second with Jelena.