Here are three pictures from last Saturday. I've been busy lately and I forgot to post these here last week. Some cool stuff!

The first train was a nightmare. We waited for over an hour to get this shot, and right as it came into view, a cloud blocked the sun. I really want to get some better shots of this bridge, and hopefully I can get some more warbonnets! 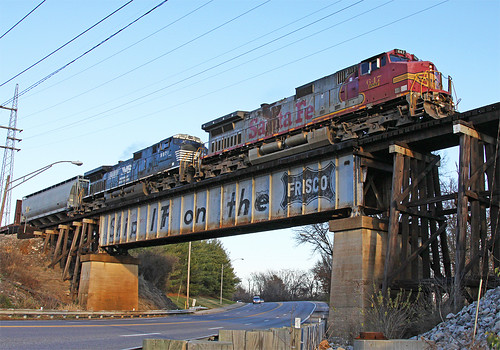 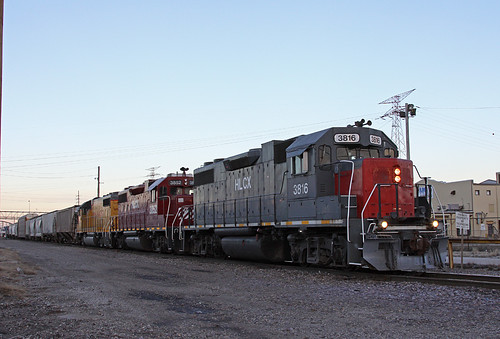 After the sun had completely set, I watched a UP manifest wait for a signal on the west end of the MacArthur Bridge. The train had 2 SD70Ms, an SD90MAC, and a new SD70ACe. The Madison Turn came along and I couldn't resist an over-under shot. Due to poor framing I had to crop this shot in a less-than-appealing manner.

That first one was worth the wait. The cloud didn't get it by much. Put that one in the December contest.

I second that Brad!