This past Saturday was spent along the NS Marion District. We shot several trains throughout the day, and here's the best of what we captured.


As the sun begins to rise, northbound 18K passes the Pennsy lights at CP 54. 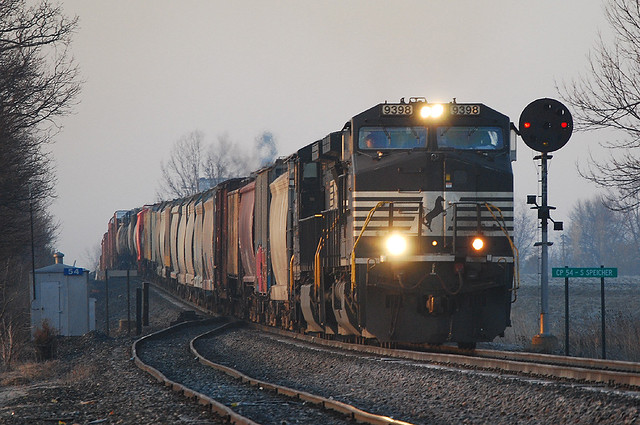 As we followed the line north, we began to hear 13K calling signals and immediately headed to Leesburg to catch them at CP 21. 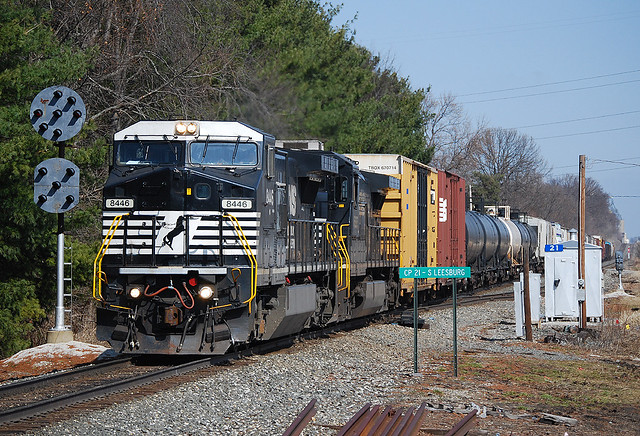 We followed 13K south and picked them off again coming up the hill at CP 35. 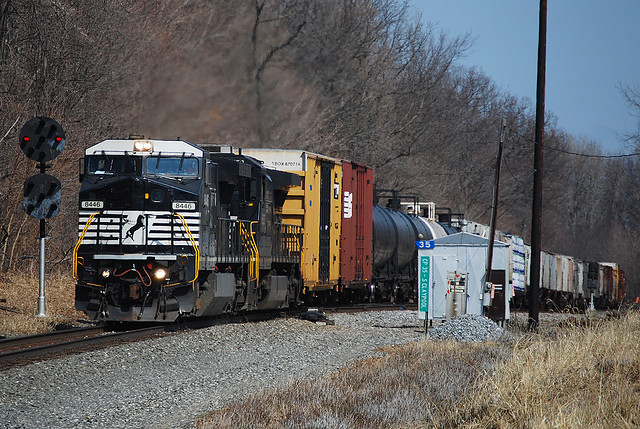 We pursued 13K awhile longer, shooting them once more, but after getting a heads up on 19K coming, we shot back north to pick them off at Warsaw. Little did we know how awesome the lashup would be! An epic chase would ensue.

First we shot them coming through the street running in Warsaw. 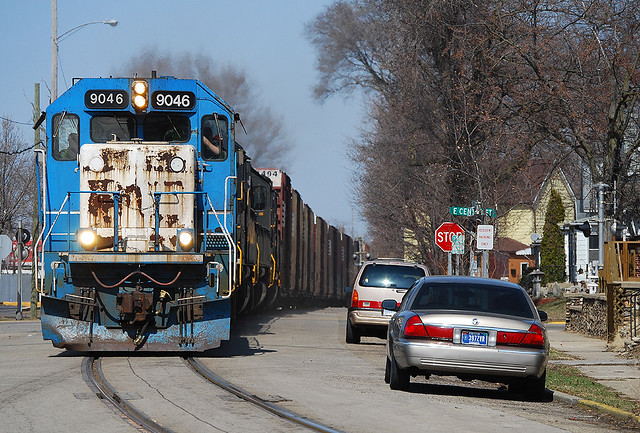 Awhile later we shot them again at Silver Lake. This would be my favorite shot of the day. 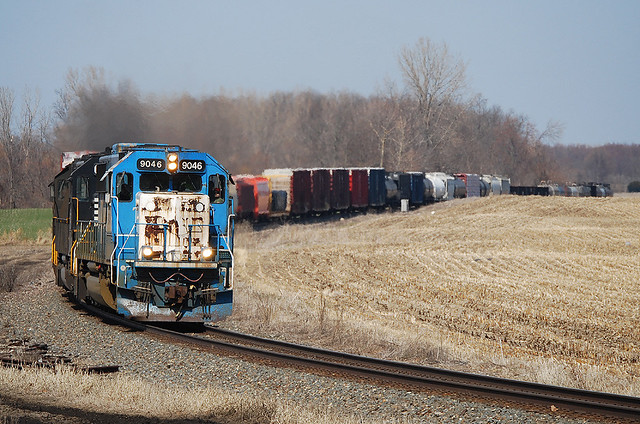 Got ahead of them once more at the 50 signal north of Urbana. You've gotta love the sound of a quartet of EMD 60's struggling with a heavy freight!

Another prize of the chase was being able to shoot them here at CP 54. A very select few have this shot due to it being on private property. We were granted permission by the landowner. 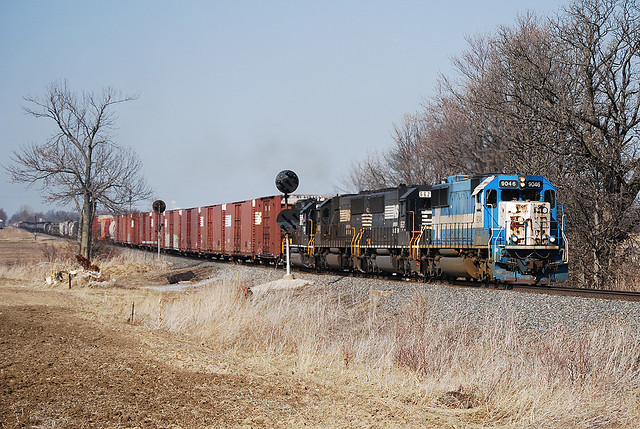 After hiking back to the car and getting on the road again, we knew we had time to get them one last time, so we headed to Richvalley. 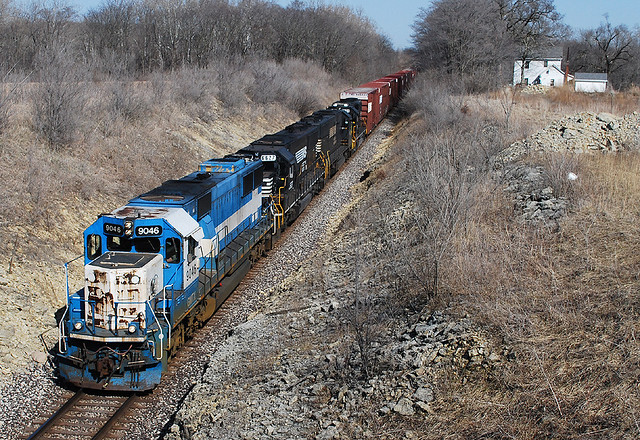 That was the end of our 19K chase. As the afternoon wore on, we killed time by shooting a northbound sulfur train while waiting on 143 to get out of Elkhart. Unfortunately, that wouldn't happen until after dark, so our last train of the day was this westbound empty coal train on CSX at Milford Junction. 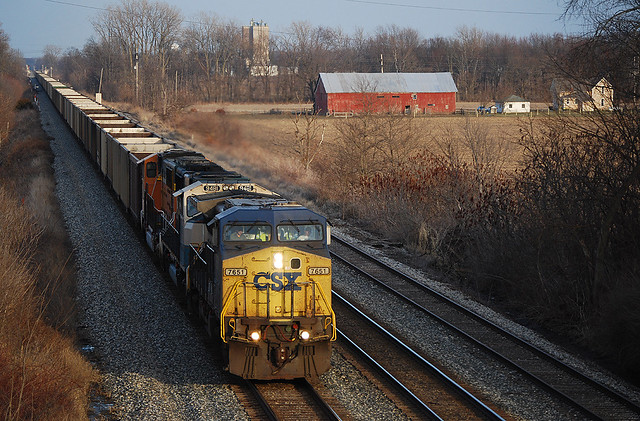 We couldn't pass up the opportunity to shoot the largest full moon in nearly 20 years rising over a Pennsy light either! 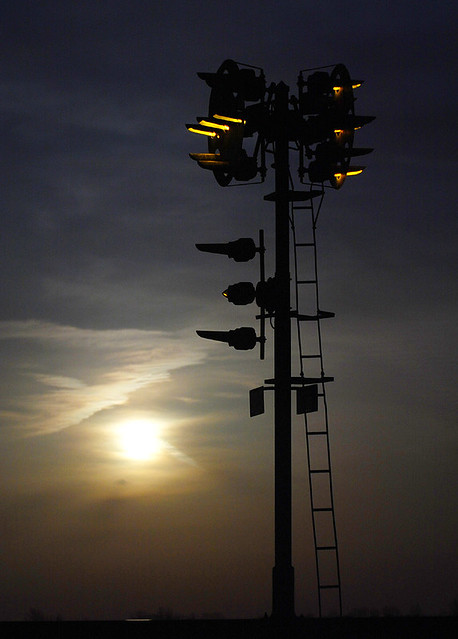 I thought this idea was rather cool as well. Here I am embracing the full moon.

Hope you all enjoyed and thanks for looking!

Great series Wyatt! Great to see those Oakways still earning their keep. Help me out here - is the NS Marion Division the old PRR Sandusky line? I grew up in Columbus but haven't kept up with things back east since moving to Seattle in 1984.
W

Thanks Jon. The Marion District is the former NYC between Goshen, Indiana and Alexandria, IN. The PRR lights are only in service on the "north end" from CP 3 in Goshen to CP 79 in Marion, although the stretch of track between Wabash and Marion is all NYC tri-lights. South of Marion the line is dark territory.

Nicely done Wyatt. The NS runs many of their trains around here with SD40-2s and other older locomtives in consists of 4 or 5 locomotives. It's quite a sight to see as you showed.