Last Thursday night, after some scheming and planning, Cody and Rich showed up to spend the weekend with me. The forecast looked good, and we were not disappointed.

We started off on the Chicago Line Friday morning, with our first stop in Pettisville.

First up was this westbound stack train. 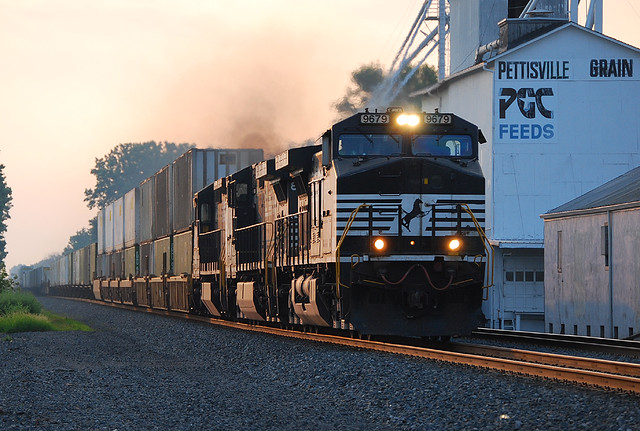 A short time later, eastbound 24N showed up with a solo UP SD70ACe. 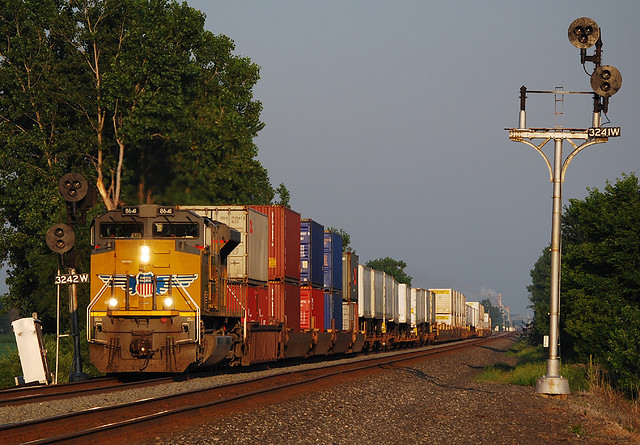 After driving west towards Indiana, we eventually caught up with L96 on their way to Steel Dynamics. 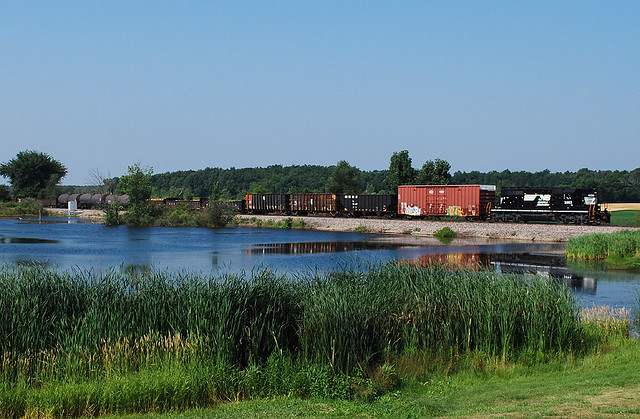 Later in the afternoon, it was off to the NKP for a chase of L7N. First up was Miller City. 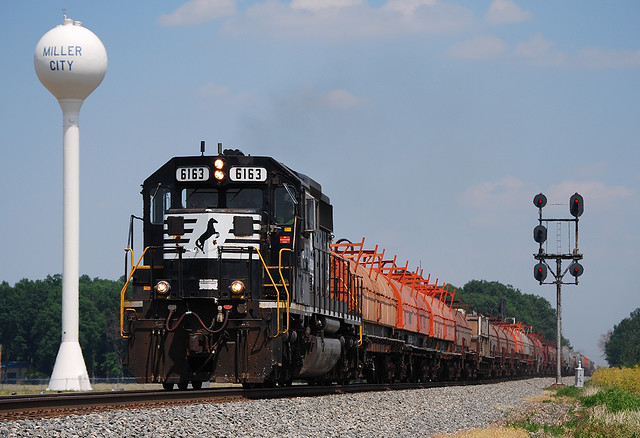 Later in the chase we shot them west of Edgerton on what is now known as "Heilman Hill." 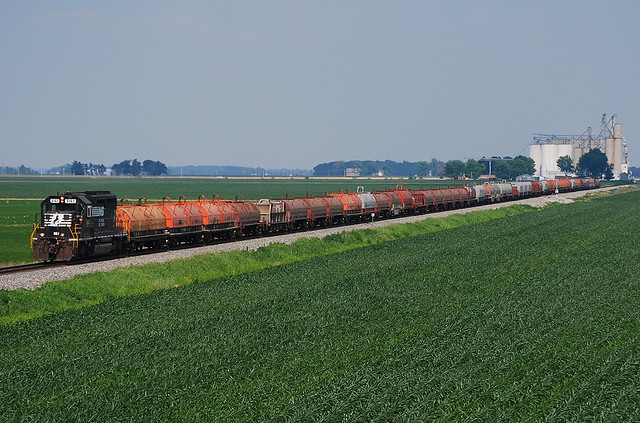 After grabbing a bite to eat in Fort Wayne, we ventured back to the Chicago Line and shot 23K in Waterloo. 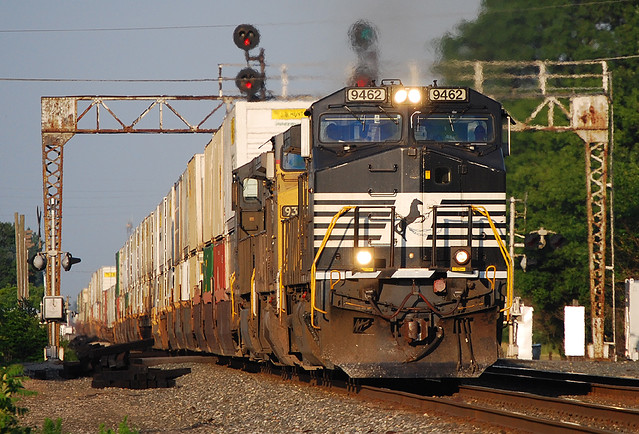 At dusk, eastbound 20K rolls towards the State Line as traffic on Route 6 tries to keep up. 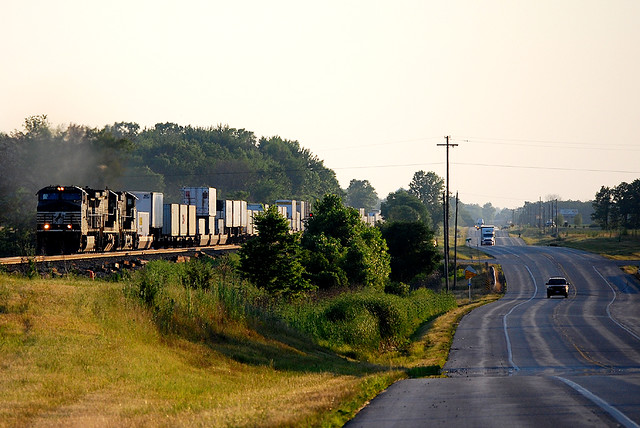 As night fell, we rolled back into Pettisville to finish the day where we started. After asking to use a residential driveway, we set up for eastbound 332 with a half-moon watching over us. 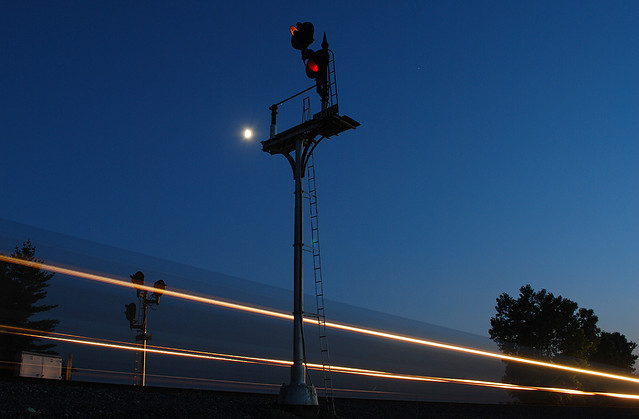 Daybreak found us on the Chicago Line once again, this time in Stryker. While waiting for 358 to show up, 206 rolled through town. 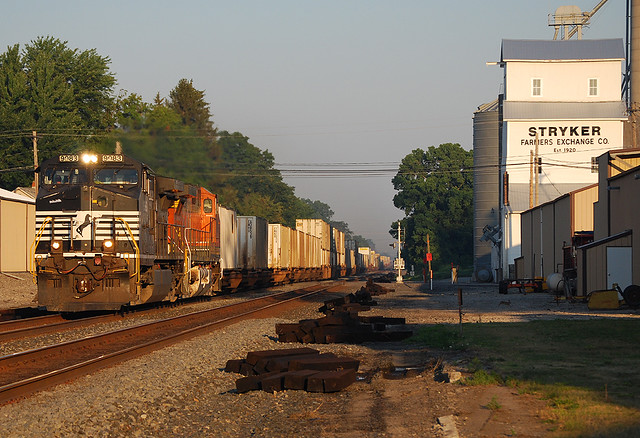 A short time later, 358 rolled by with a former Conrail SD60M in charge of a five car train. 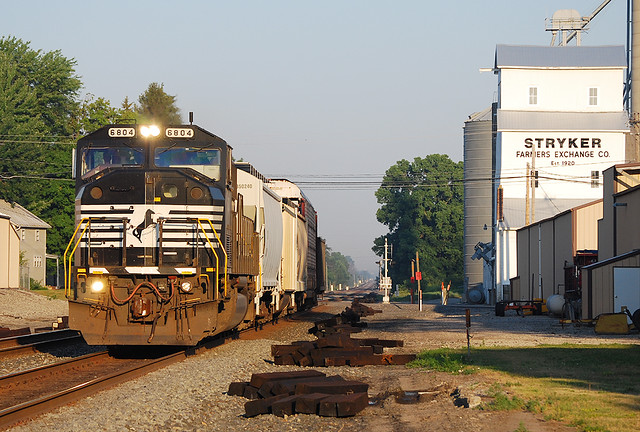 Losing interest in the Chicago Line, we ventured north to the Wabash in hopes of catching a CP train. We were not disappointed, as we caught 32T near the Michigan border. 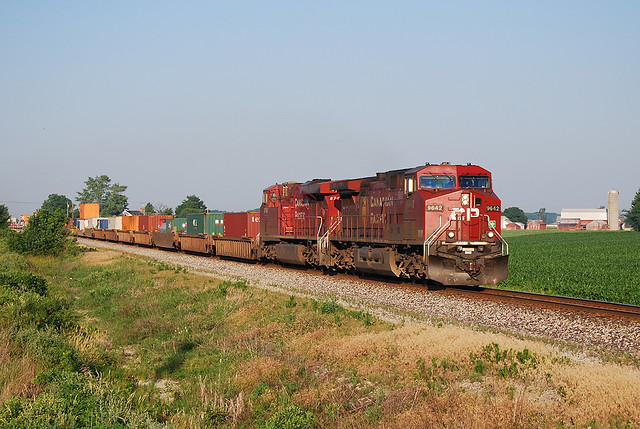 Knowing we had a good chance of catching another CP train, we explored the Alvordton area and found that both ends of the Alvordton siding were still completely Wabash. After an hour of waiting, 36T broke the silence of a quiet morning in rural northern Ohio. 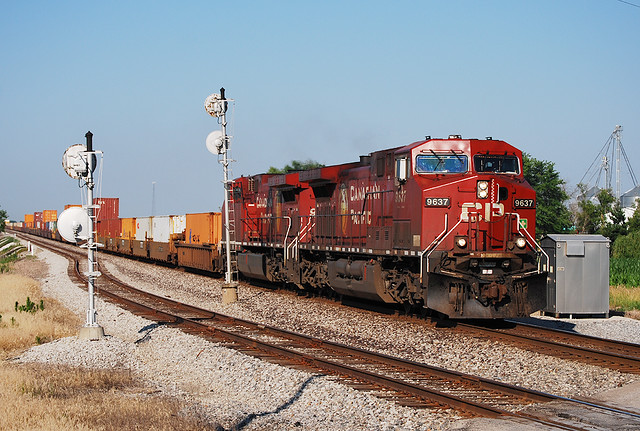 A heads up from another railfan brought us news that 34T was out of Elkhart with a SOO SD60M leading the way. With that on our minds, we rolled west towards Butler in time to catch them west of town. 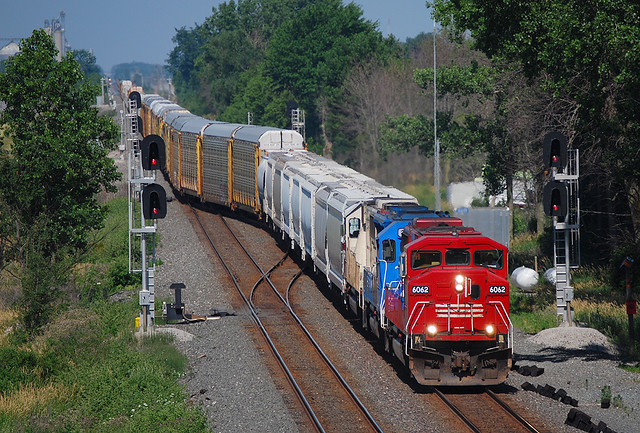 We attempted to chase the train back to Alvordton, but some road construction got in our way and we called it a morning. The afternoon wasn't as kind to us, and we headed to Swanton where Cody and Rich did night shots as I attended a bonfire with a few female companions.

Our best shot of the afternoon was 2/3 of the MAW roster sitting by the depot in Defiance. 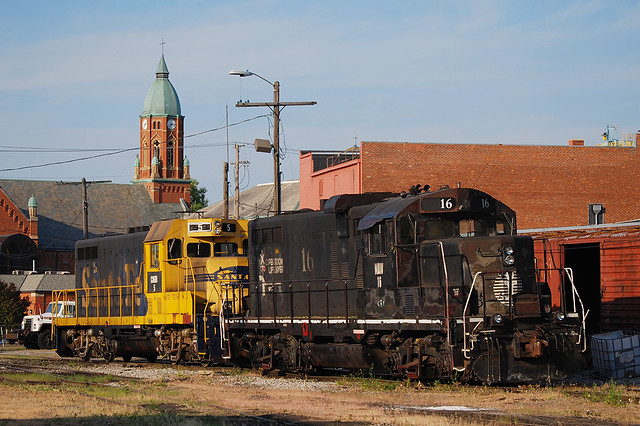 I'll leave the night shots at Swanton for Cody, along with anything else he decides to post. We were pretty burnt out after all our running around Friday and Saturday, so we slept in Sunday morning and grilled out for lunch before they left to head back towards Cleveland. Overall, it was a great weekend filled with trains and the usual "priceless" moments the three of us have when we get together. Of course, other trains were seen and shot, but some things just don't make the cut. Hope you enjoyed!

How many miles do you guys log anyways on these trips?

Colorful, Great shots, Great lighting. You could make a calendar out those shots. There just just isn't like a couple days of chasing trains.
W

I agree, there isn't anything like "getting away" for a weekend, even if I live within two hour of every shot we took this weekend. Hopefully I'll be going back to some of those spots again soon. Even though I've lived 40 minutes away from the Wabash my entire life, I've never really gotten to know the line. After the time we spent between Alvordton and Fort Wayne this weekend, I'm pretty excited for another attempt. There's a couple more shots I want out there.

Great Shots! I really like all of them but the light in the first two is fantastic! I like that night shot too!
S

Those are a lot of great shots. I used to live up in Ft. Wayne and watched many trains pass by on the lines up there. I really like the little towns and the grain buildings.