On July 25 2011 Nickel Plate #765 started its trek back home to Ft Wayne, IN. The locomotive and 4 passenger cars had left Rock Island and Train Festival about 7pm on July 24th and headed to Peoria. It was rumored that the #765 was going to pulling a freight train on the TPW tracks east to Logansport.

We stayed in Peoria and heard that the train was leaving about 6am. That seemed a bit early so we got down to the TPW yard about 7:15am and no #765. Oh well it seems that they did leave earlier.

With 25mph on the line it didn't take to long to see smoke on the horizon and find the #765. However no freight train. Just 4 passenger cars. Apparently since the crew wanted to make Fort Wayne the freight train would have slowed them down due to some switching. Still it was a great chase with the 25mph and small towns along the line.

Some shots from the trip. 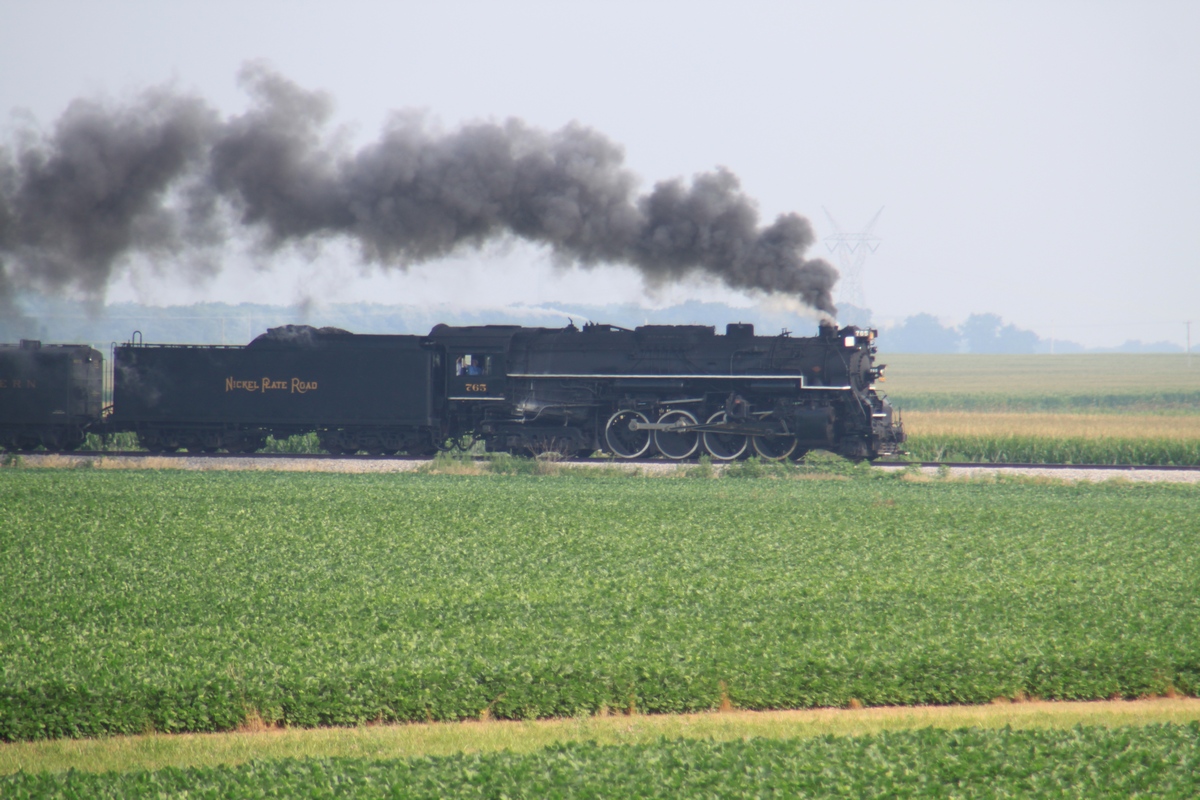 Some stubborn fog broke for a bit as #765 steamed eastbound 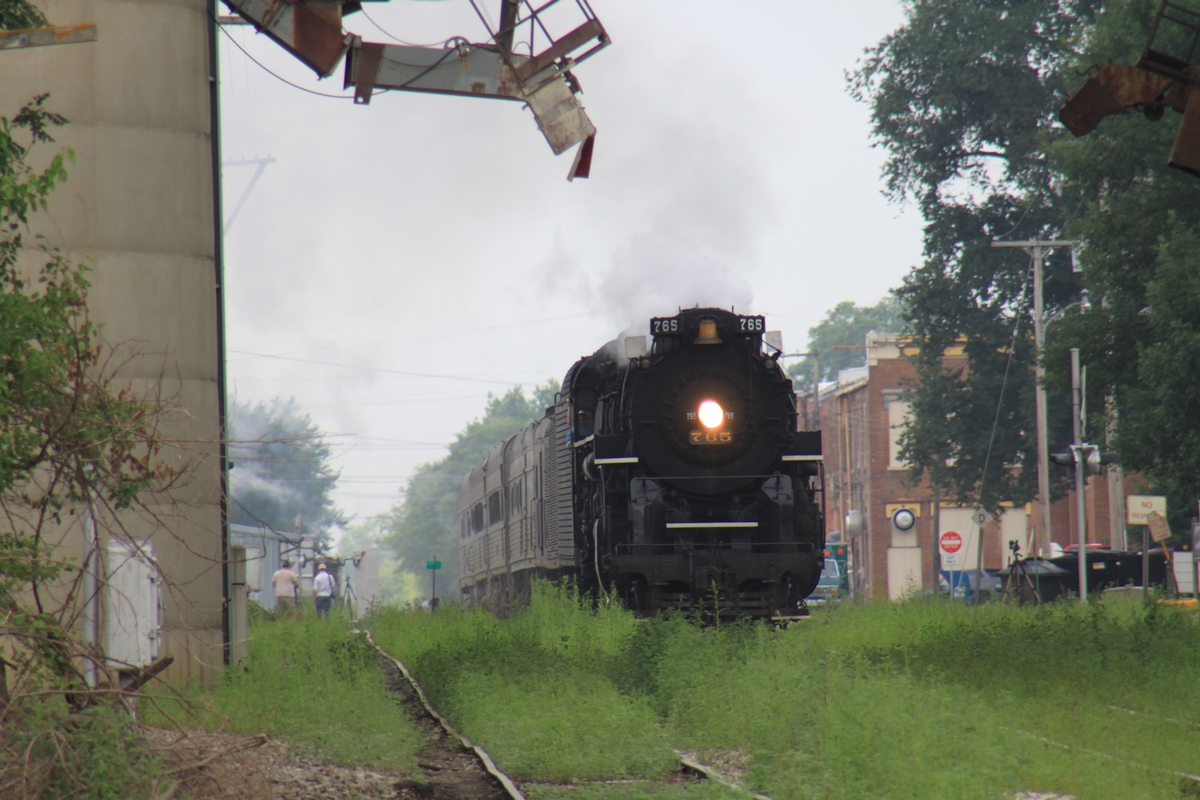 Theres tracks in there somewhere. TPW rolling through Fairbury, IL 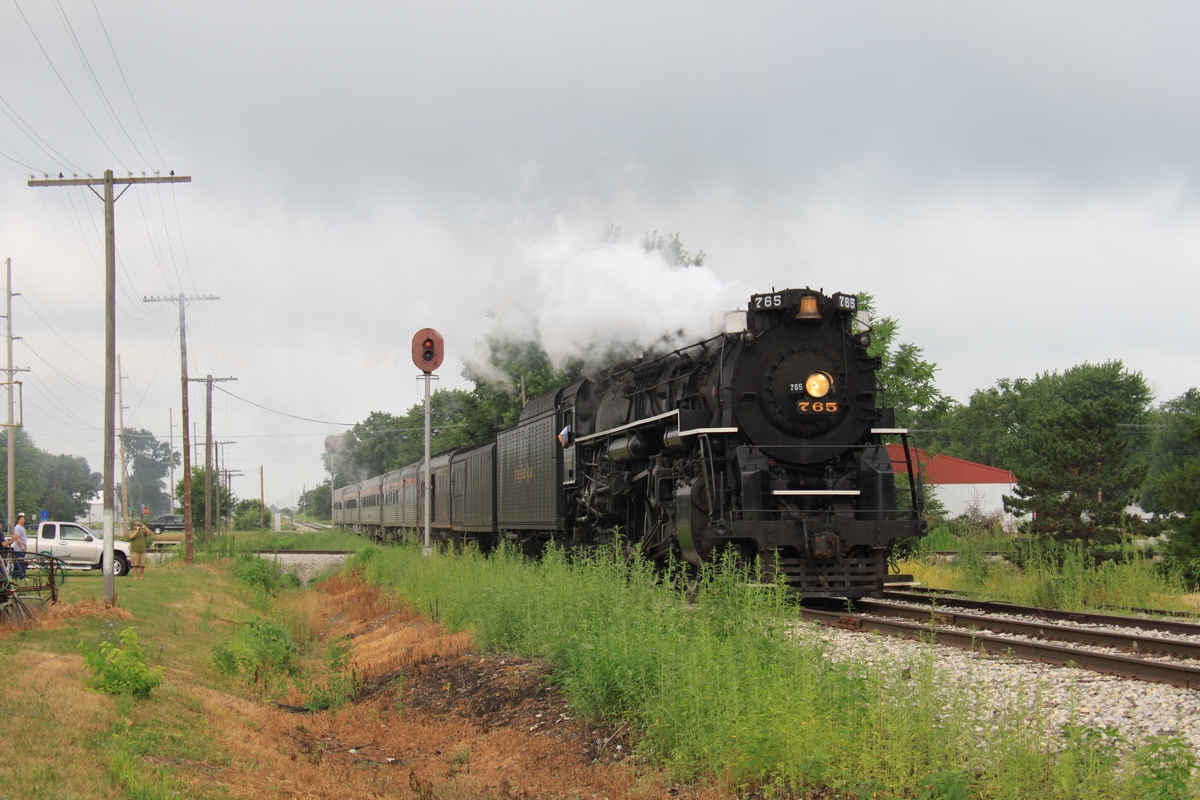 Crossing the diamond with the Bloomer Line at Chatsworth, IL 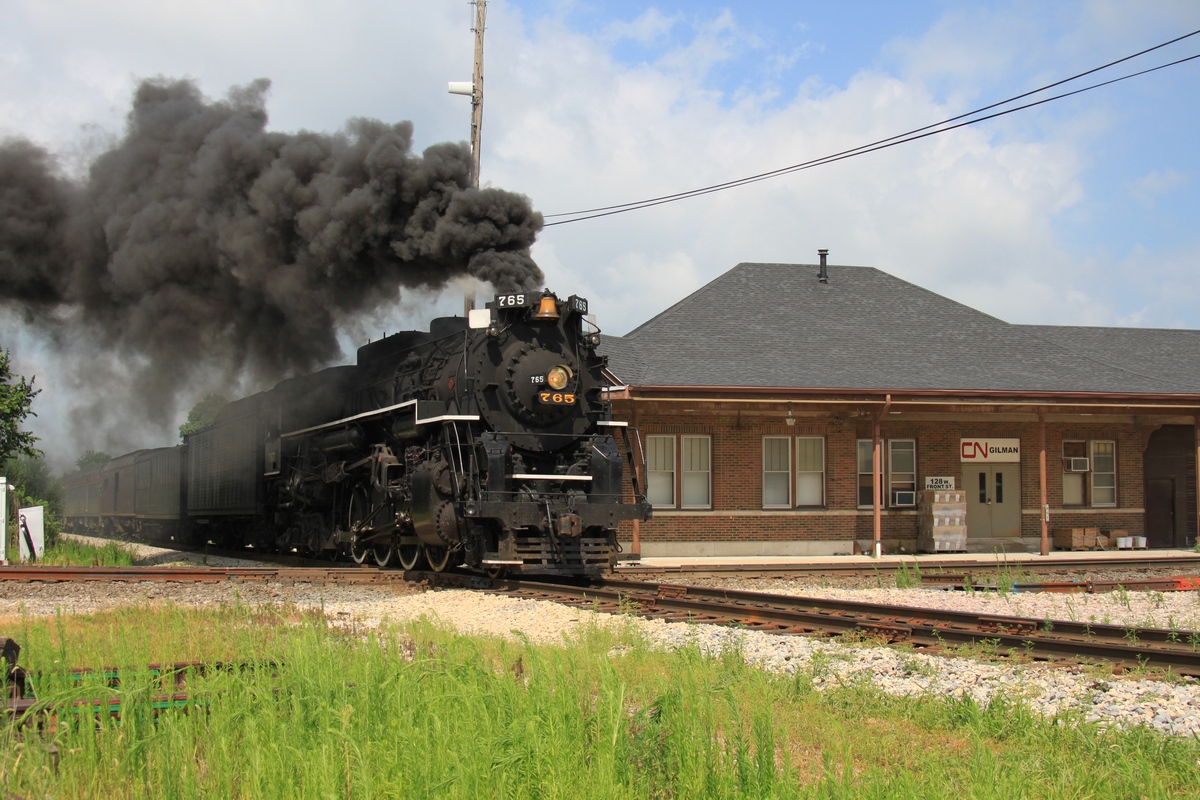 Crossing the diamond with the CN and the depot at Gilman, IL 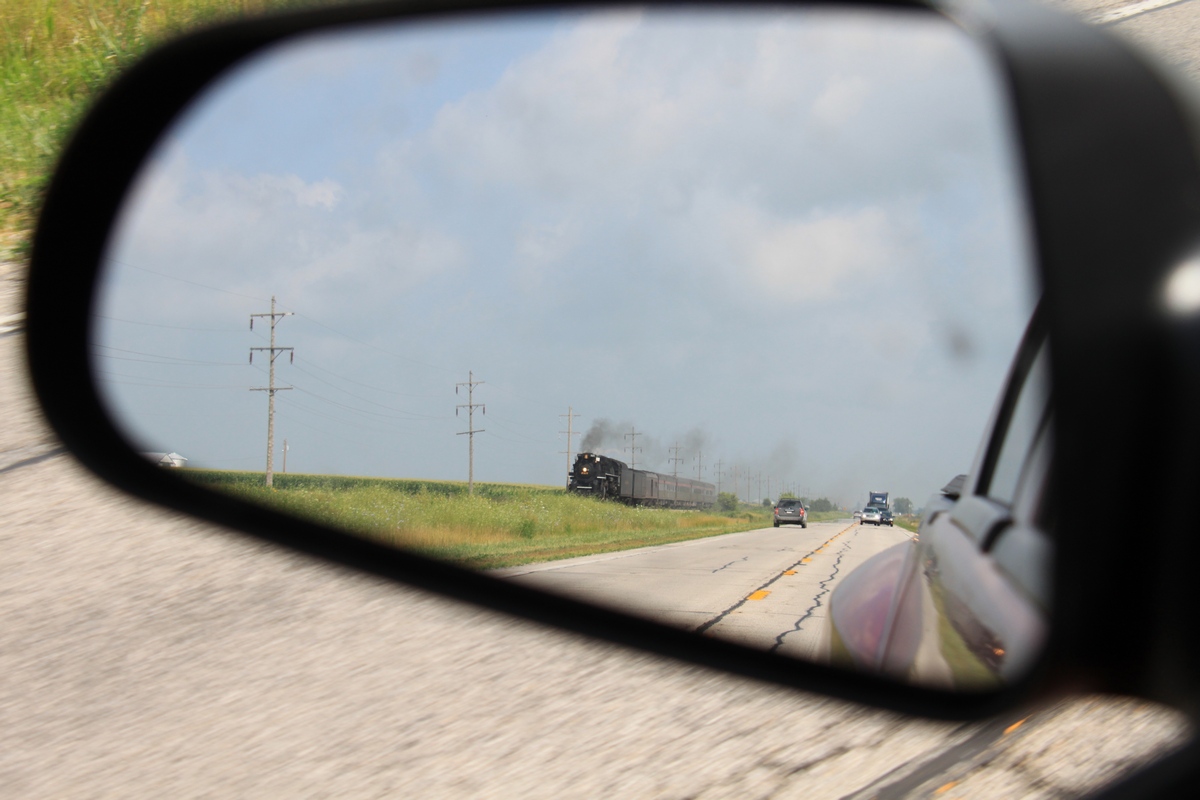 In the rearview mirror 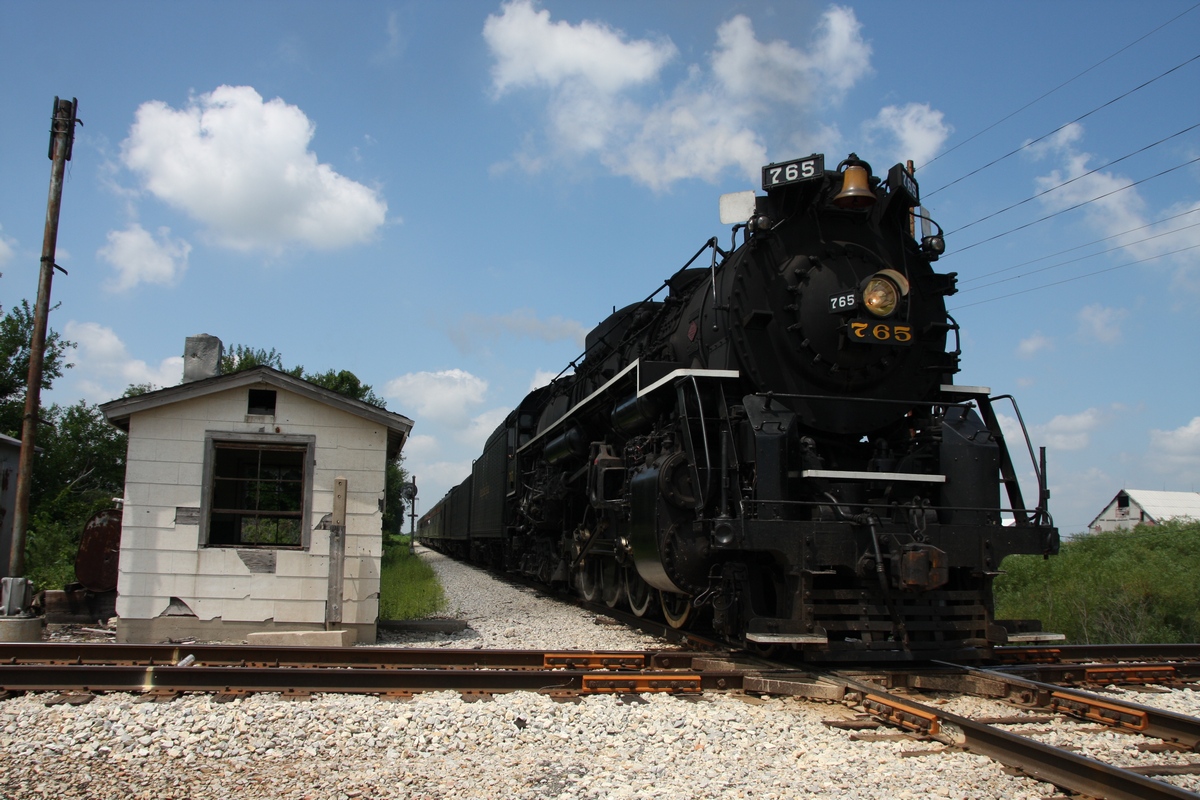 At 10mph #765 slowly crosses the diamond with the KB&S with the old operator shack still standing. 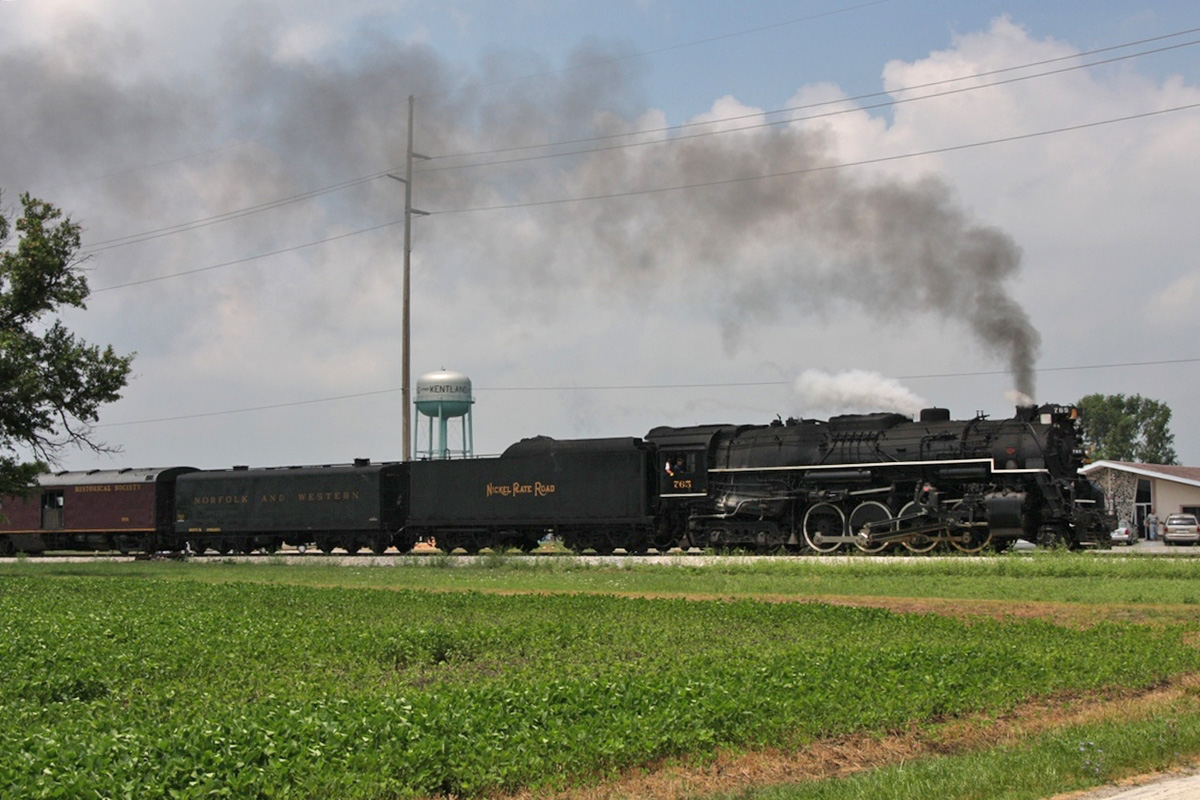 With track speed back up #765 accelerates in Kentland, IN

Great Photos! I was wishing I could have been in the quad cities. So the pictures of the chases are really a welcome site. Thanks for posting them.

Great Shots! Nice work, I really like the shot at the diamond!

Awesome shots, the CN diamond one is my favorite. I really wish I could have made it down there to get shots of all the action. I know its not the biggest, but NKP 765 is one of my favorite steam locomotives.
K

Thanks for the nice comments. It was a great chase, slow speeds and great small towns.