News of a Kidnapping!

Some months ago we learned about a rumor which basically spoke about the purchase of some SD40-2 locomotives for our biggest railway here in Chile, Ferrocarril del Pacífico S.A. (Fepasa).

Those kind of rumors are common here and most of the time they aren’t true, so we were very skeptic about all of this, until we found a beauty parked in one of our harbours. 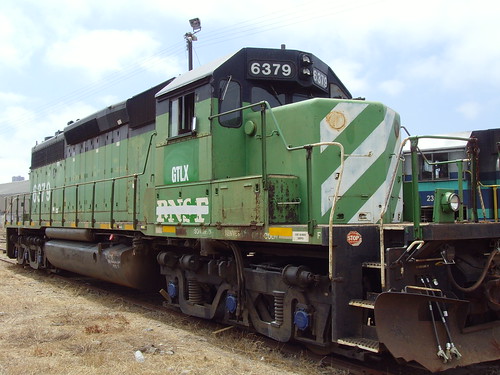 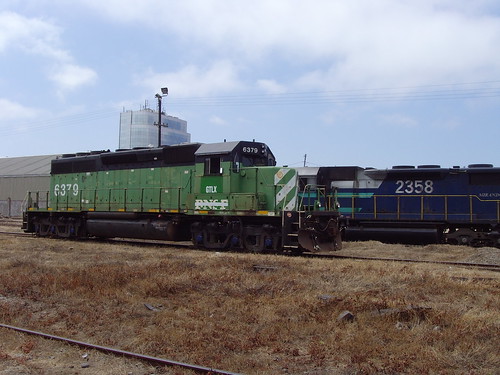 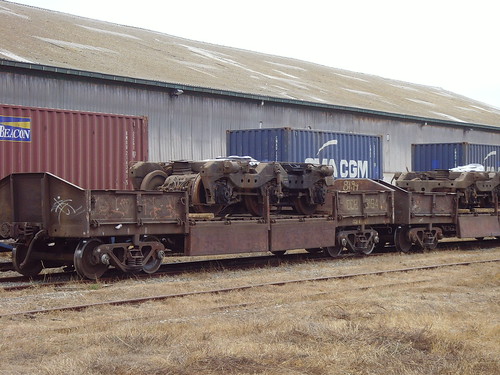 The pictures, taken by a fellow railfan Dennis Rojas (they can be found on his Flickr: http://www.flickr.com/photos/tech-ss/ ), speak for themselves; a former Burlingthon Northern/BNSF SD40-2 wich lately belonged to some leasing company (“GTLX”… don’t know it, hope you tell me).

Along with show you this “Head Up” (Sorry if I’m in the wrong forum, moderators please feel free to move this topic to the right place) I want to ask you for any extra information about the 6379, such as year of manufacture, former owners, etc. and if you know about any other locomotive like this to be send to here, Chile.

This is the third FEPASA order of modern USA locomotives. The first one were 14 former GP35/GP40 which became in SD39-M2 (overhauled by NRE), and the second one were all the nine former WC SDL-39 that were operative.

Great news, although it probably isn't good news for the older GEs and Alcos they have. Fepasa really likes those GP40s. Do you know if they're regauging the trucks themselves? And which shop?

Those look interesting with the Alco style trucks under them

Ed Sand said:
Great news, although it probably isn't good news for the older GEs and Alcos they have. Fepasa really likes those GP40s. Do you know if they're regauging the trucks themselves? And which shop?

The pictures were taken in Barrancas yards, close to San Antonio harbour, place where the locomotive was unloaded.

Before the earthquake, all of the the old shovel-nosed GE had already been taken out of the fleet (one of them is a "Slug" now), just like some of the old Brissoneau BB63000.

About the ALCo locomotives, all are working, some pull best than others, but that's common.

The trucks and the locomotive will recieve the necessary adjustments in Fepasa Alameda shops or in Casagrande Motori (private owner).

EMD SD39-3M said:
I want to ask you for any extra information about the 6379, such as year of manufacture, former owners, etc.
Click to expand...

Here's some earler pictures of it: