Friday during the day I watched a short unit roll thru Goshen IN with 5 large rail cars, with double trucks on each end, hauling some very LARGE pre-cast concrete structures. They were at least as high as I see double stacked container units. At the end were 5 more cars with what appeared to be the lids for the units. My cell phone battery died right then and I couldn't get any pics. Did anyone else see this, or get any pics of it?
T

Sounds like bridge pillar foundations to me but could be anything.
S

They were rectangle shaped units with a decent size hole formed running from front the rear. I'll bet they are still out there somewhere, West of here....Goshen IN that is.
R

Here are some photos of cells being delivered on bulkhead flatcars:
http://forum.prisonplanet.com/index.php?topic=60161.0
(The link above has nice photos of the cells, just don't read forums like the one linked above too seriously. )

Nope, not prison cell structures. Each pre-cast piece took an entire car length. The rail cars had double trucks at each end as well telling me these critters were heavy....I'm guessing some sort of storm or sanitation units. Thanks for the suggestions tho.
T

That's too bad nobody has a picture of the cars. I have been around trains my whole life and I have never seen large slabs of concrete on railcars.
B

Probably precast concrete bridge girders. There are many different shapes. 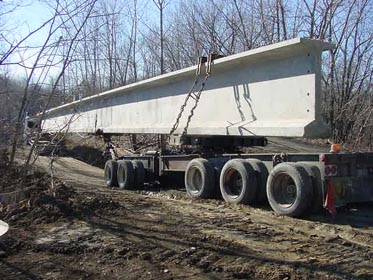 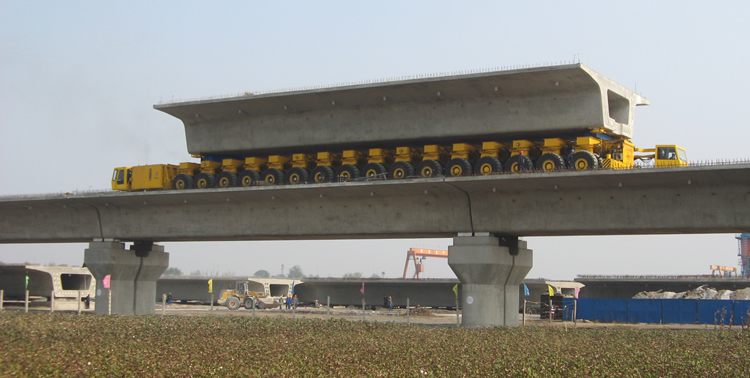 Was this what you saw?

They're used to store spend fuel rods at nuclear power plants. A bunch of these just moved up to Xcel Energy's Monticello Nuclear Plant last week. I almost wonder if you saw the same cars.

The move took place on BNSF's Monticello Sub, which runs from Cedar Lake Jct in Minneapolis to the end of track at the nuke plant on the west side of Monticello. It used to continue on to St. Cloud. The section of track from Albertville to the plant is exempt, and only remains in to serve Xcel Energy. Catching a train on this section is very rare, as only three moves prior to this one have occured over the last 10 years.