Golden october with 218 and fried eggs(11pic)

yesterday I started a photo tour to the northern edge of the Harz. I want to take some photos from the BR 218. At first I visit Derneburg. There I see the first freight of the day. But it was to dark at 7:30am. I rode my bike about one mile direction Hildesheim. This train arrive Derneburg arround 8:24pm. 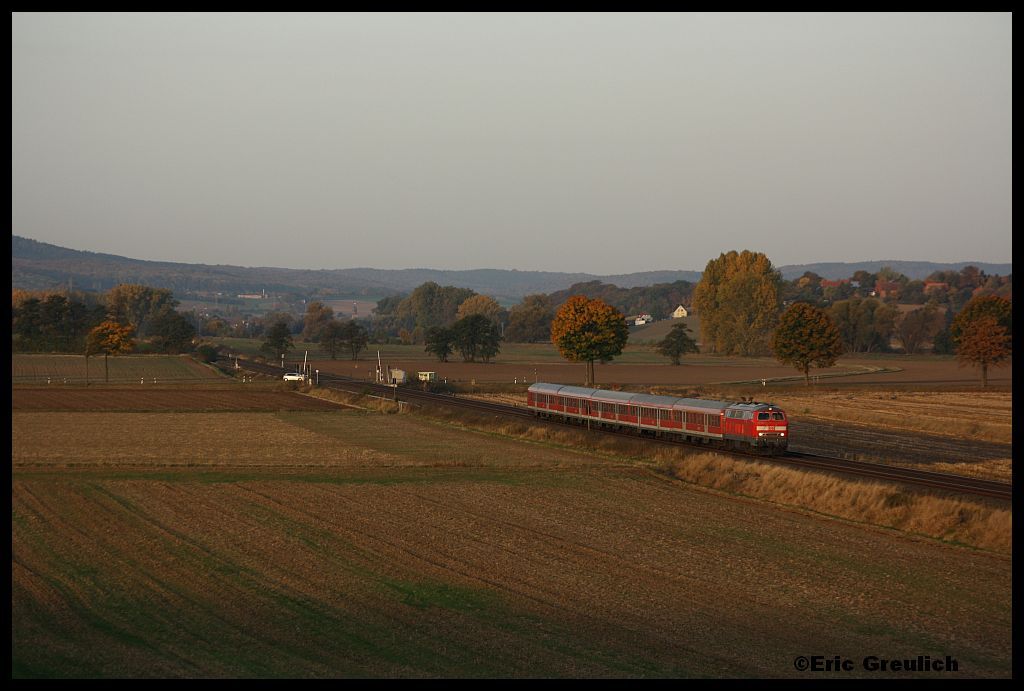 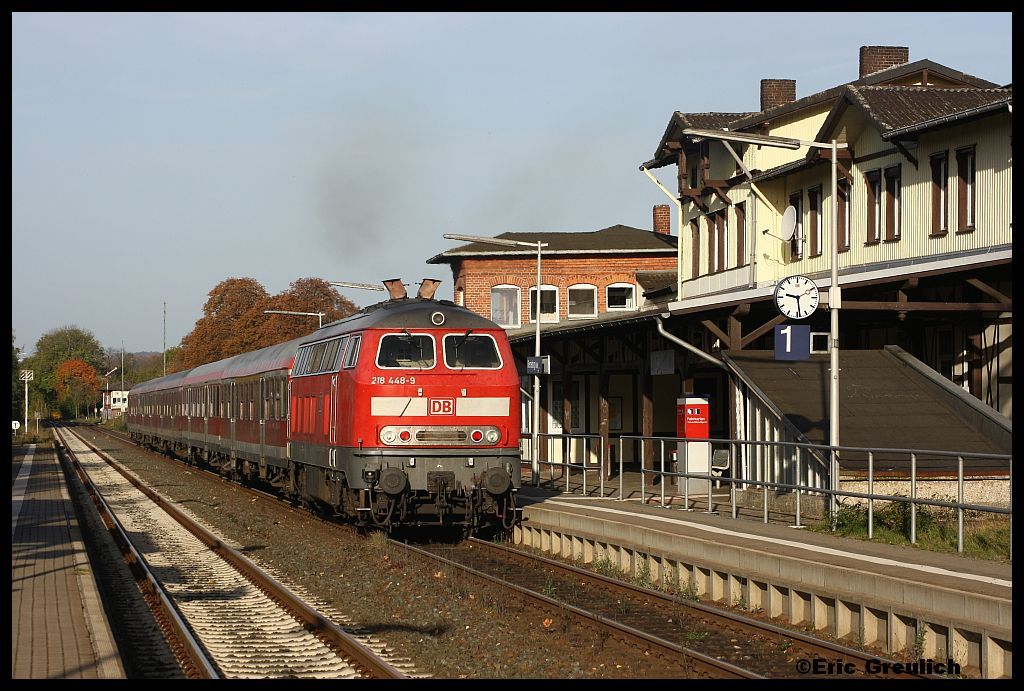 After that photo, I drove back to Derneburg and wait for the next train direction Bad Harzburg. Here you see 218 448 with an local train to Hanover in Derneburg.

I travel by train to the next station Baddeckenstedt. I want to photograph the next train direction Bad Harzburg. But at first, a freight train passes Baddeckenstedt, but unfortunately there was a cloud in fornt of the sun. 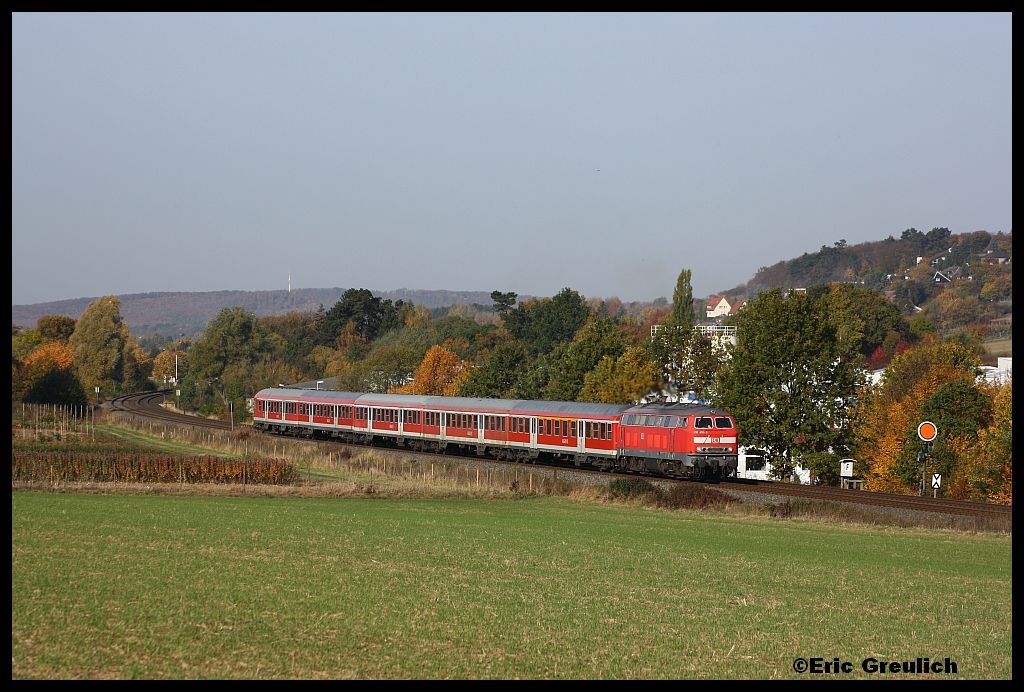 But the next train comes in the best light. 218 451 with an local train to Bad Harzburg. 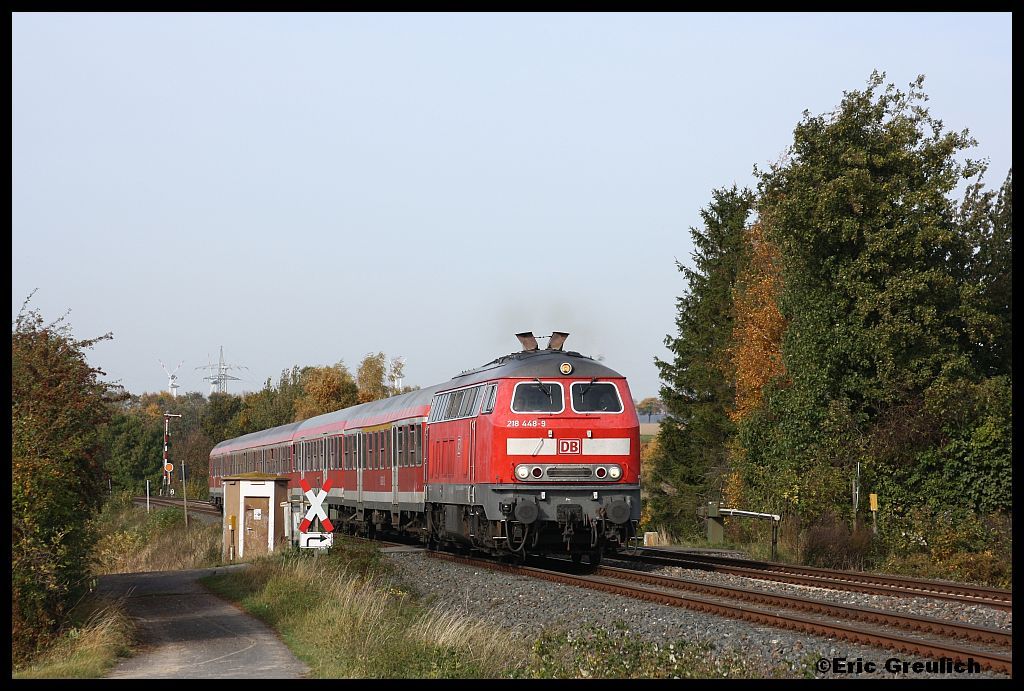 Two hours later in the south of Salzgitter Ringelheim. 218 448 with an local train to Bad Harzburg. This crossing is an call crossing, you must push the button to pass the crossing. 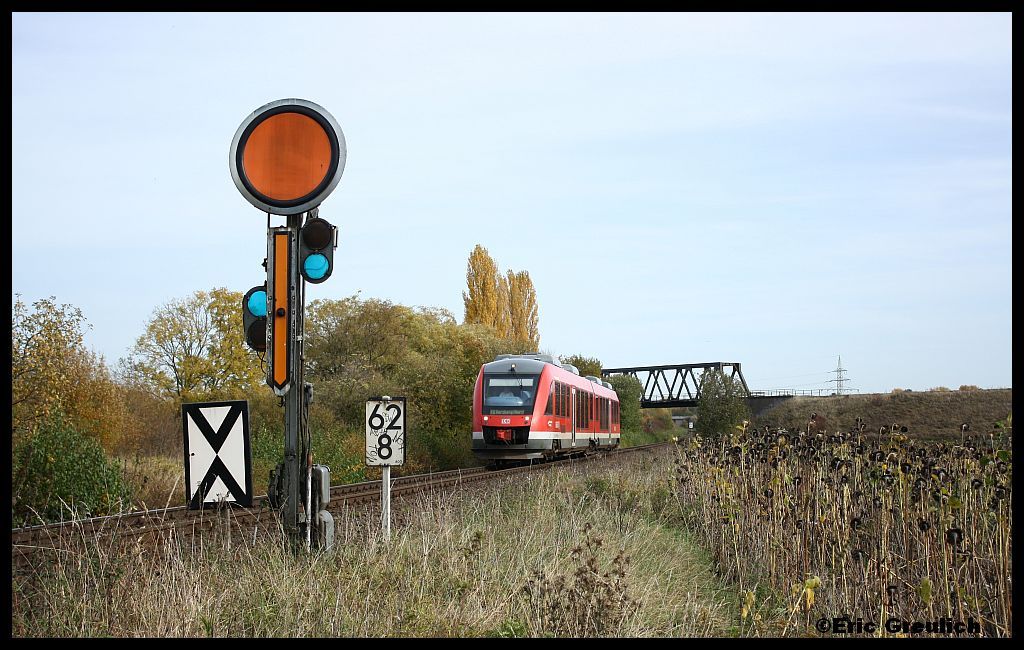 Some 100meters further I photograph 648 262 with an local train to Herzberg. In the foreground you see the fried egg from the station Salzgitter Bad. 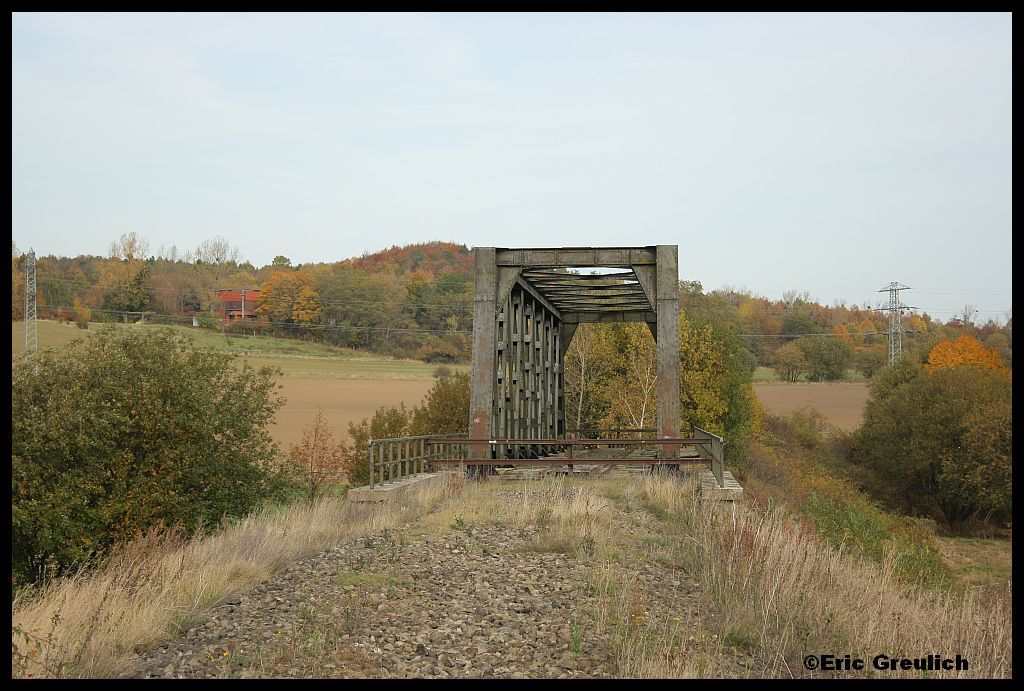 The old brigde in the background was an old railwaybrigde. This railway line has lead to an mine. The mine was clossed in 1965. 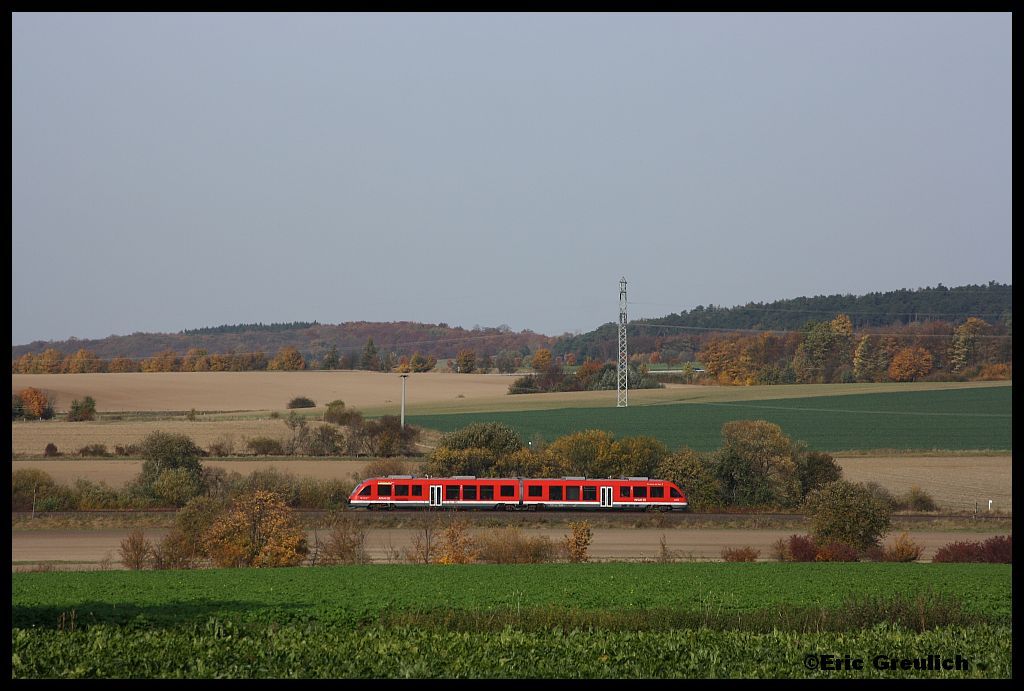 An other 648 with an local train to Brunswick. 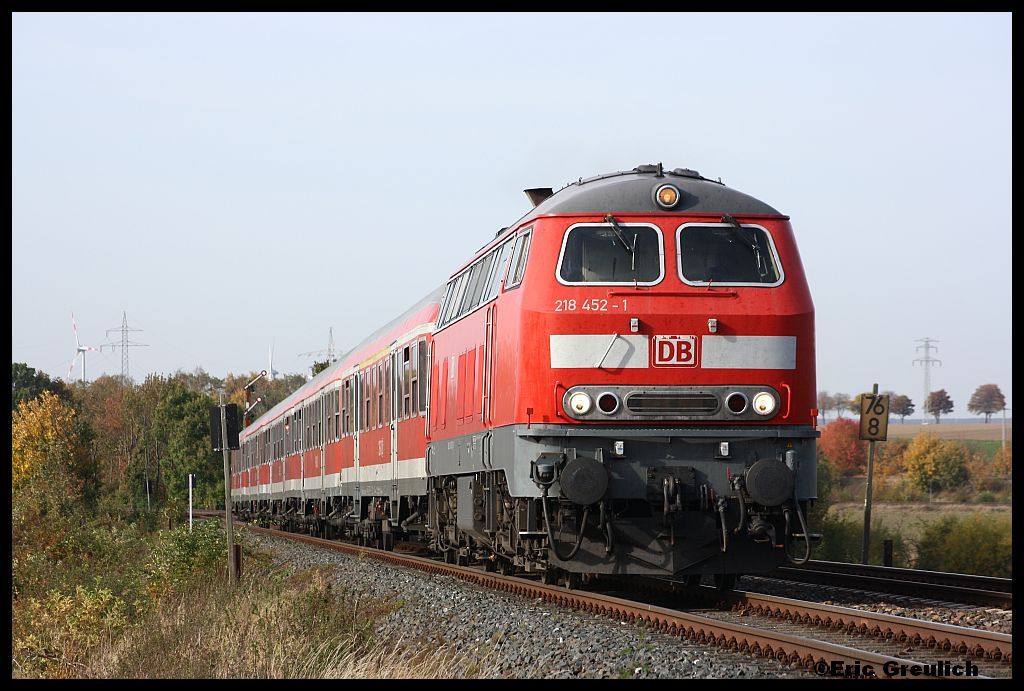 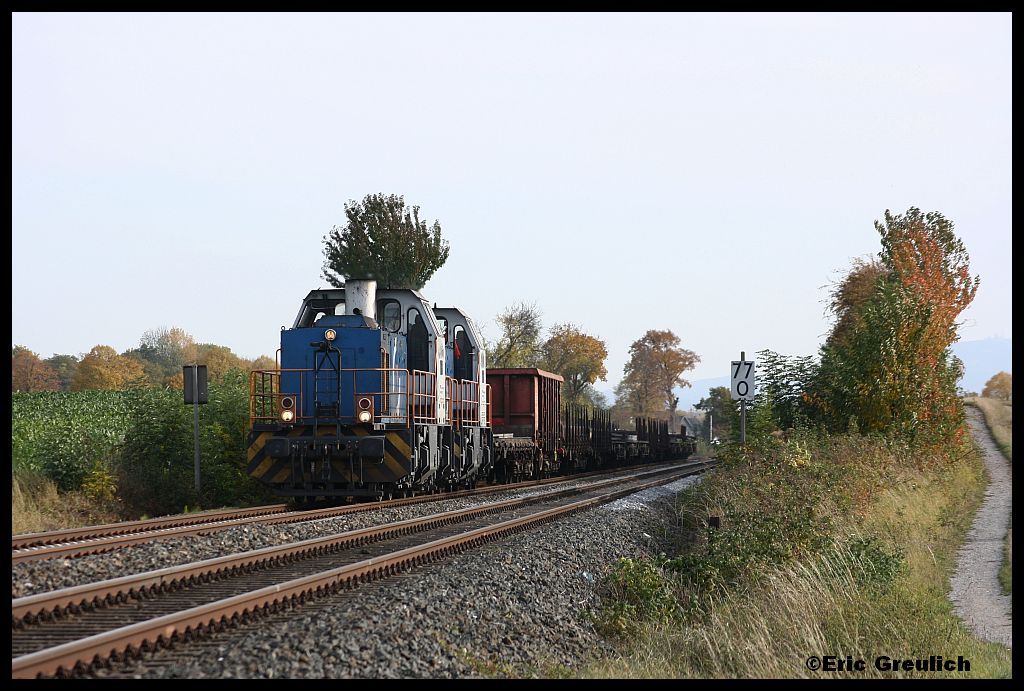 The third freight train of the day with steel from Ilsenburg to Peine with two 530C from LHB. 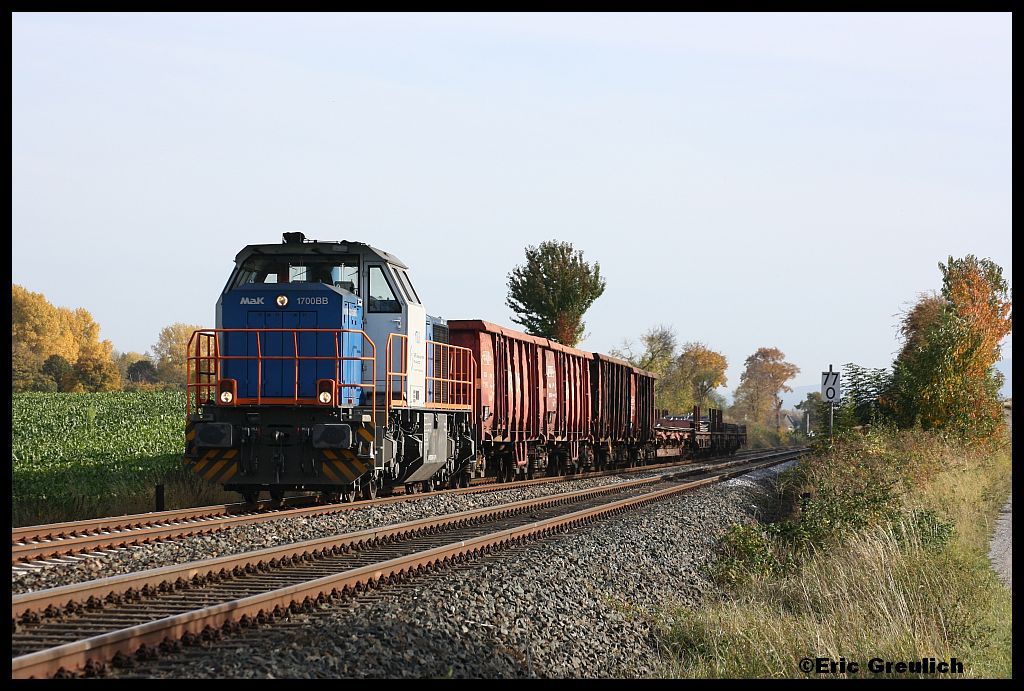 An half hour later an other train from VPS with an G1700BB from MaK. 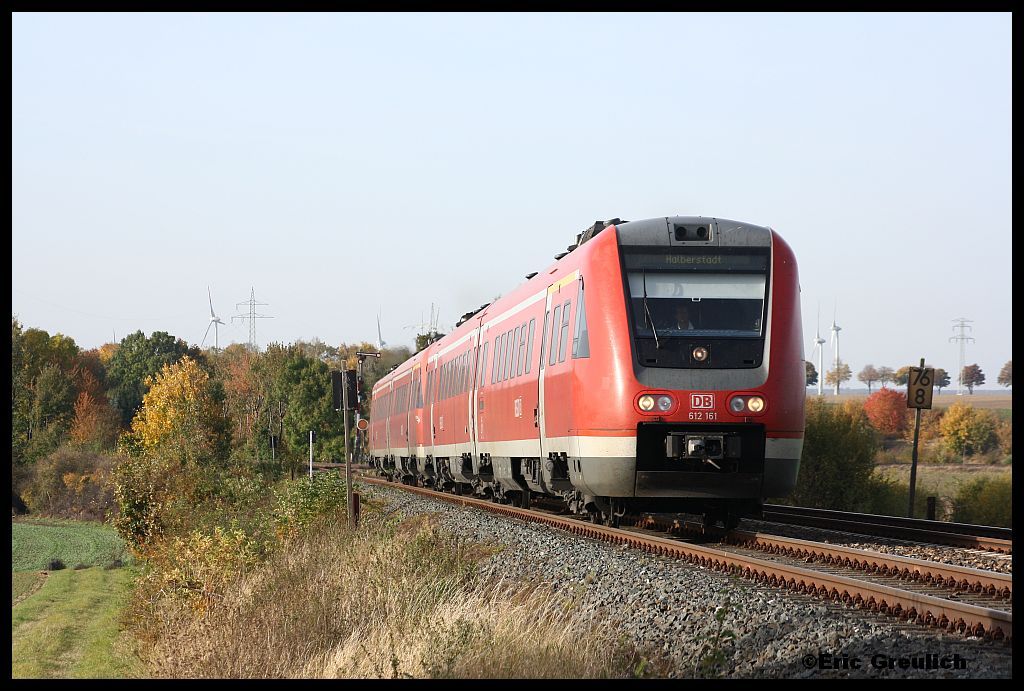 The last picture with 612 161 with an local train to Halberstadt.