.....in a good way. A few scenes of the new Godzilla movie are being filmed on Vancouver Island and the E&N, well, Westmount Rail, plays a role. The SRY shops in New Westminster constructed 3 railcars with 2 of them carrying missiles and put Westmount Rail graphics on SRY 128 instead of the famous meatball logo. One scene which featured the "missile train" was shot in Nanaimo and involved a burning helicopter, unfortunately work got in the way and I missed that one.

The second scene however, is being filmed at the E&N's only tunnel on the Malahat and the missile train would be making it's way there today which was perfect for me as I had the day free. Since the tunnel is in a remote area, there is no road access to get the film equipment there. The E&N again comes into play as they would have to haul all the equipment there by way of a parade of hi-rails going back and forth from the staging area to the set.

Usually this end of the E&N is very quiet as regular freight service stopped in 2001 and passenger service in 2011 but it will be very busy for the next few days. This is huge for the E&N as it will provide a very nice financial windfall for the railroad and hopefully it will go towards much needed track and bridge work. 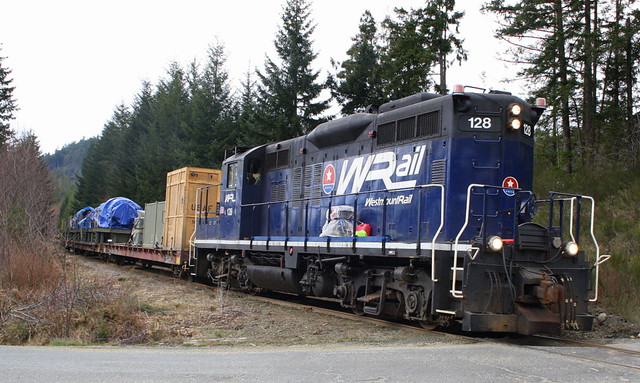 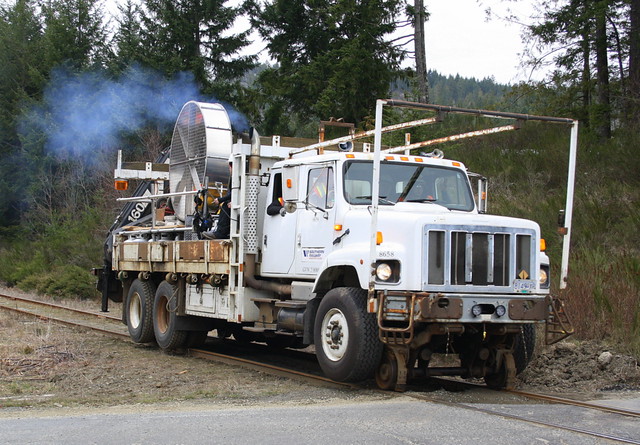 Other photos from today can be found here

As you stated, looks like those rails haven't been used in awhile. Thanks for sharing this!

Here is a photo of the uncovered missiles at Wellcox Yard in Nanaimo: 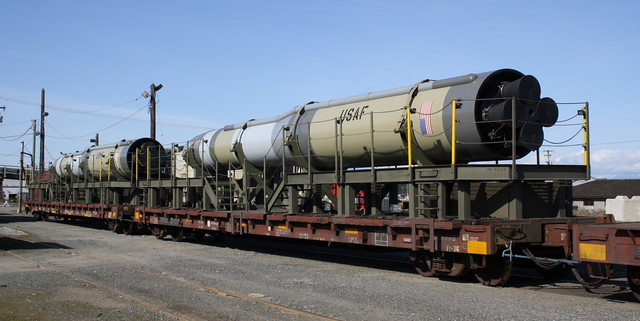 GO GO Godzilla! I like the pictures of the missles.