the last days I had a seminar in Regensburg. Regensburg is in the deepest bavaria. From my apartment, there were only five minutes from the Mariaort-brigde.

I startet last sunday (06/10) from Hanover to Regensburg with the InterCityExpress and change the train in Würzburg. 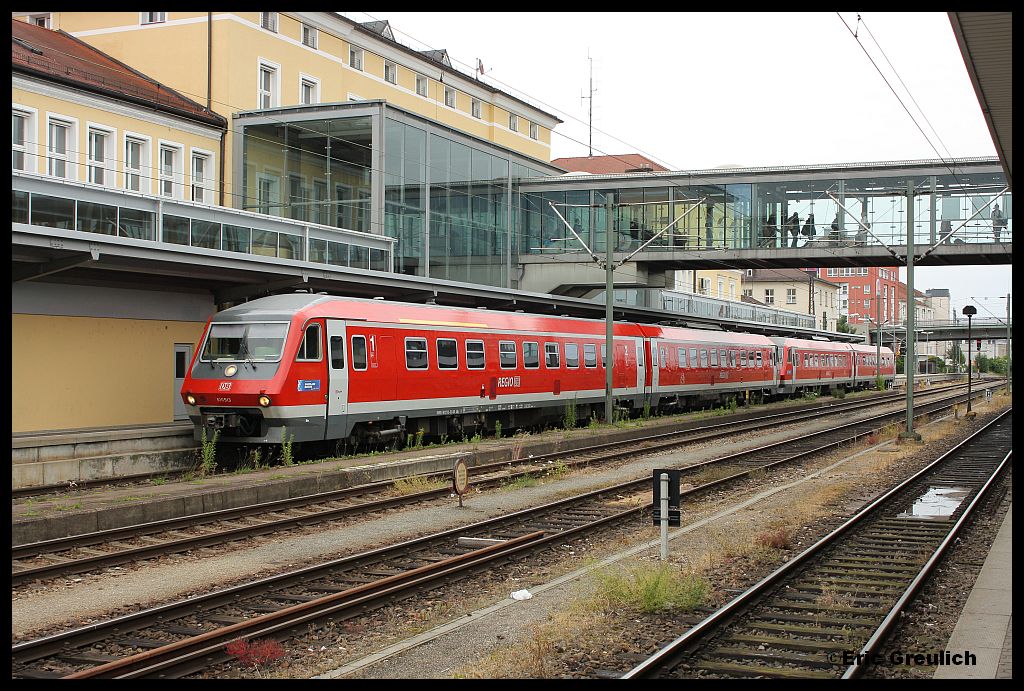 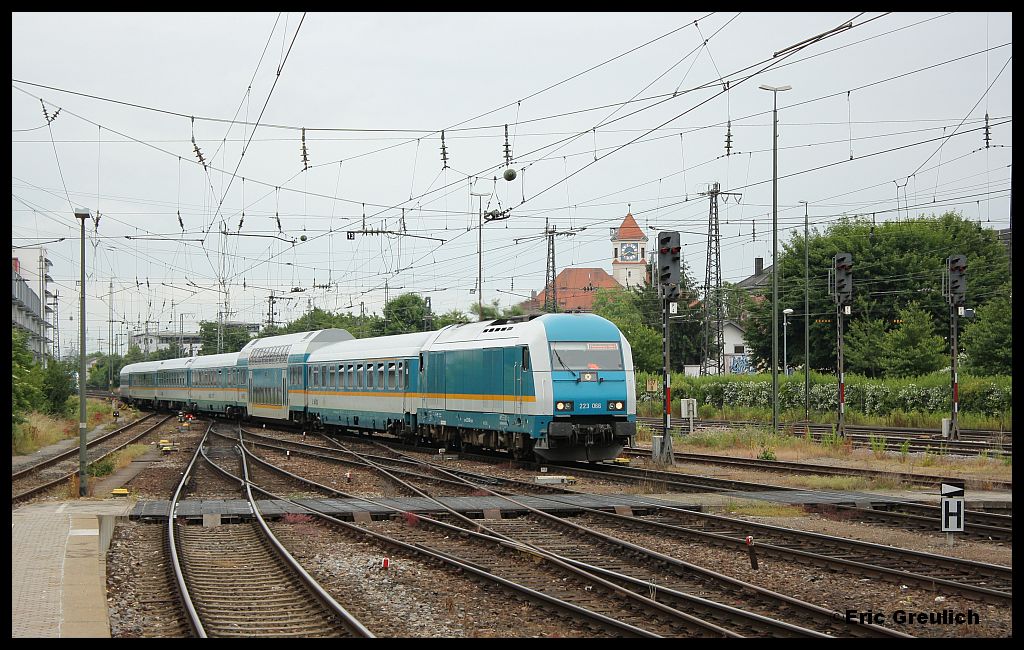 The "ALEX", an privat railway company in bavaria, with an train from Hof to Munich. The coaches ar old fast-train-cars from the Deutsche Bundesbahn. The locomotive is 223 066. 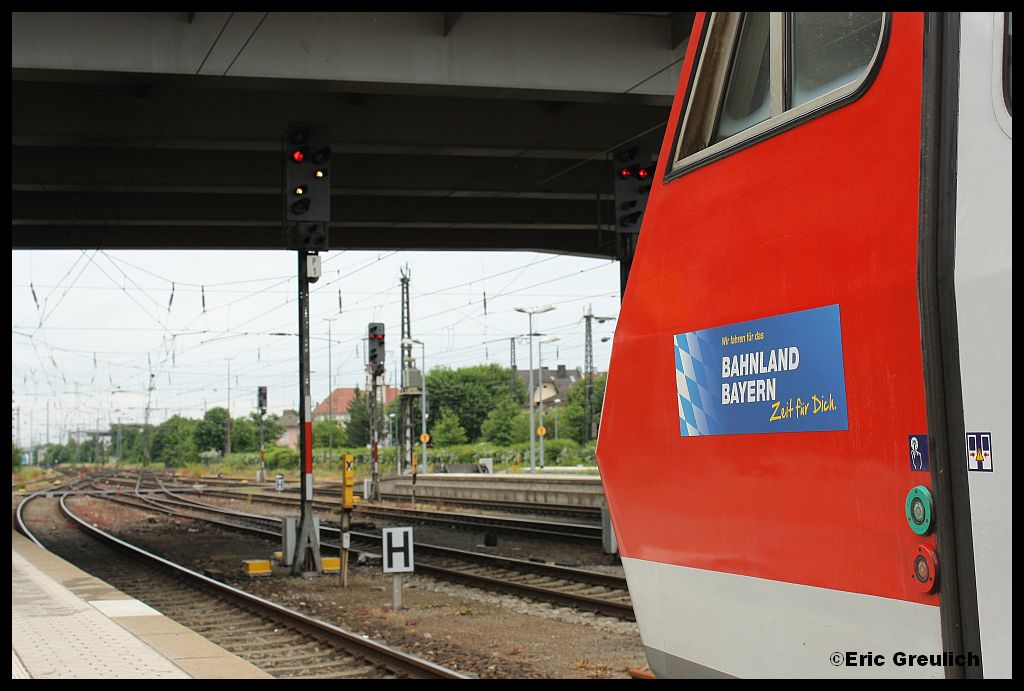 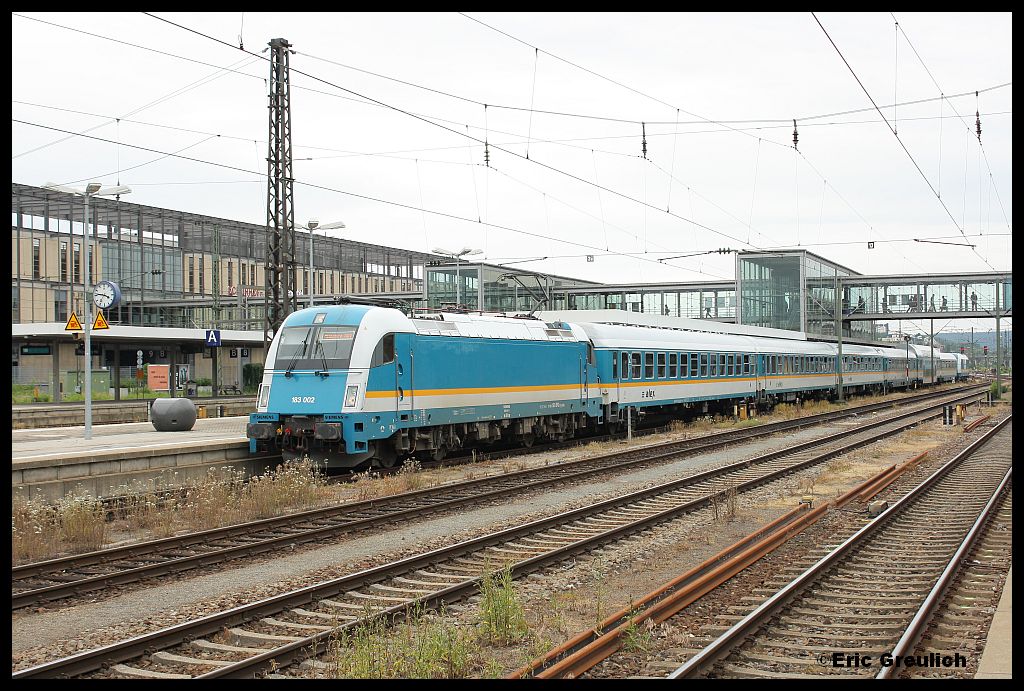 The train to Munich change direction and the locomotive, 183 002. 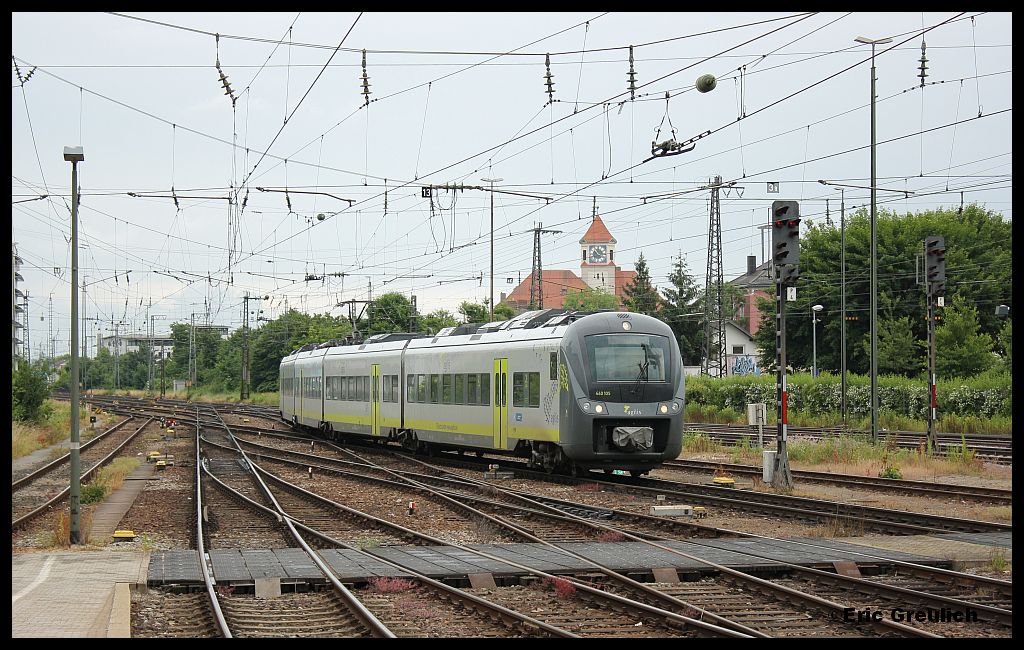 An class 440 from agilis with an local train. 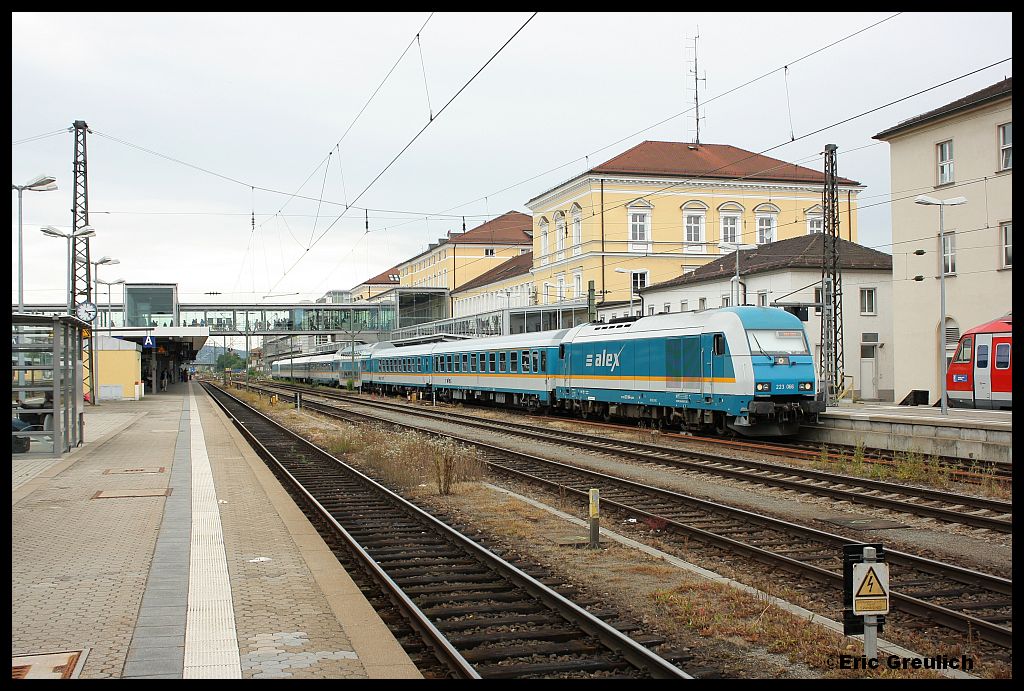 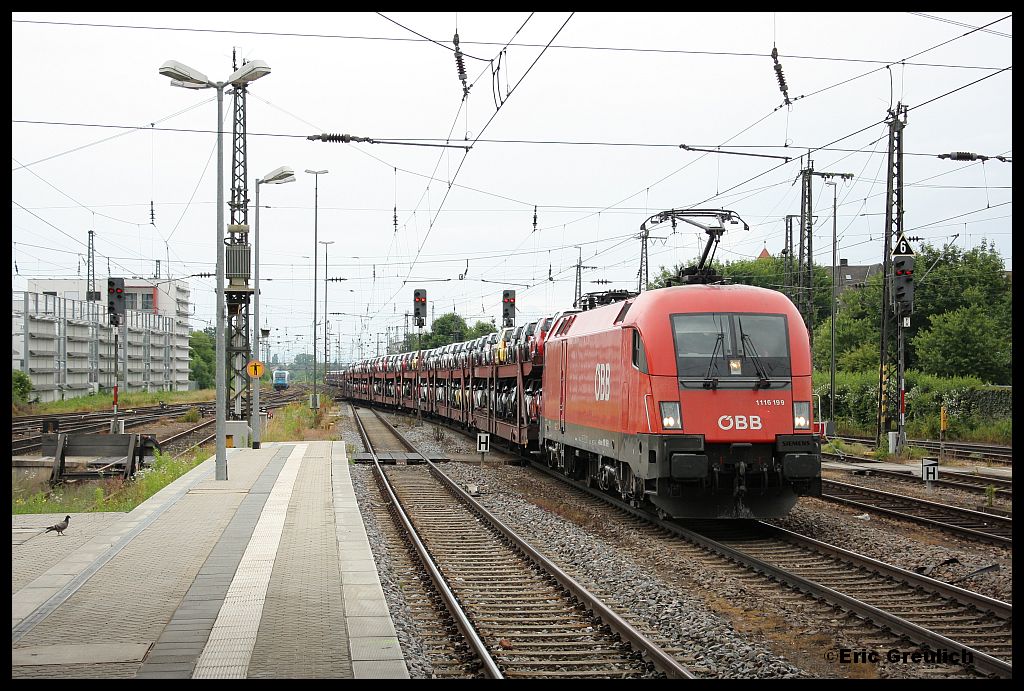 At the next day (06/11) in the lunchtime, I go on the Mariaort-bridge with two colleagues. 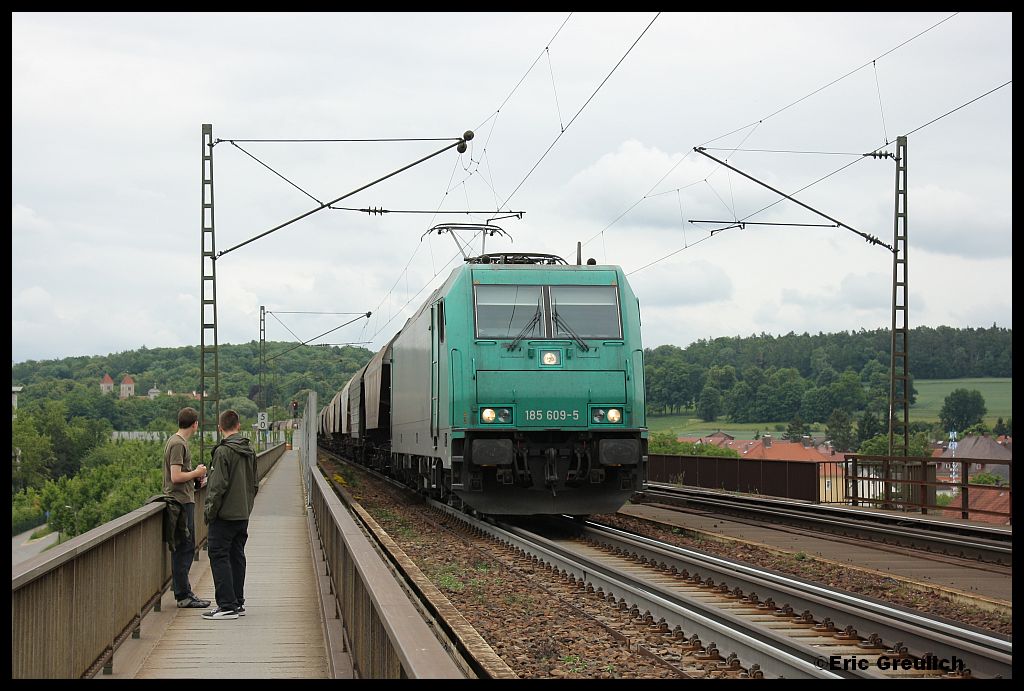 185 609 with an freight train direction Nürnberg. 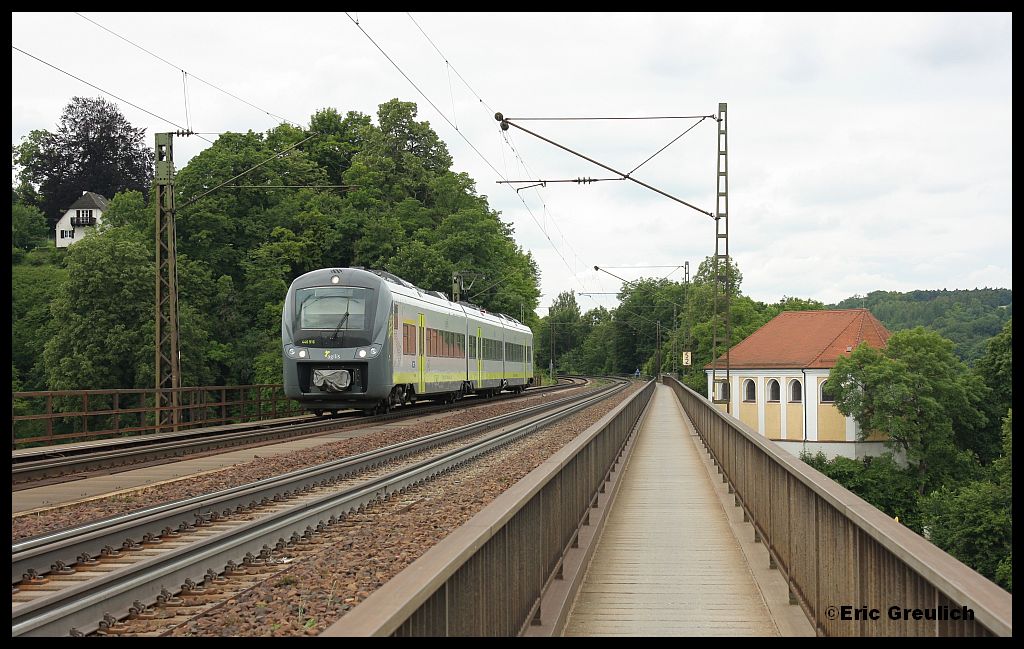 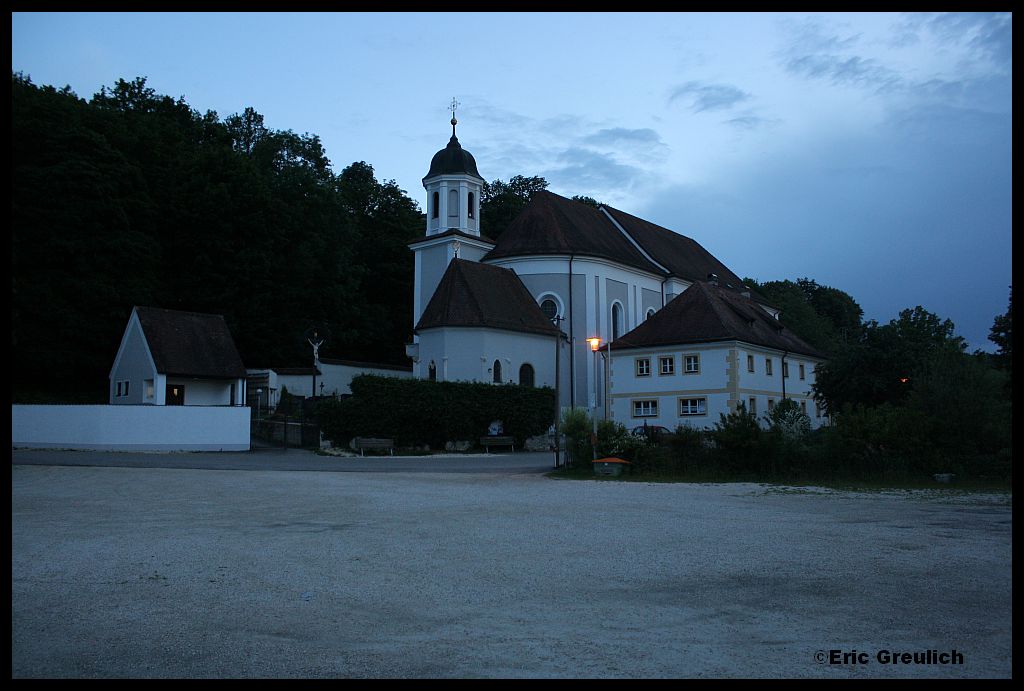 An cuch near the Mariaort-bridge.

In the morning of the 06/12 I take more photos from the Mariaort-brigde. 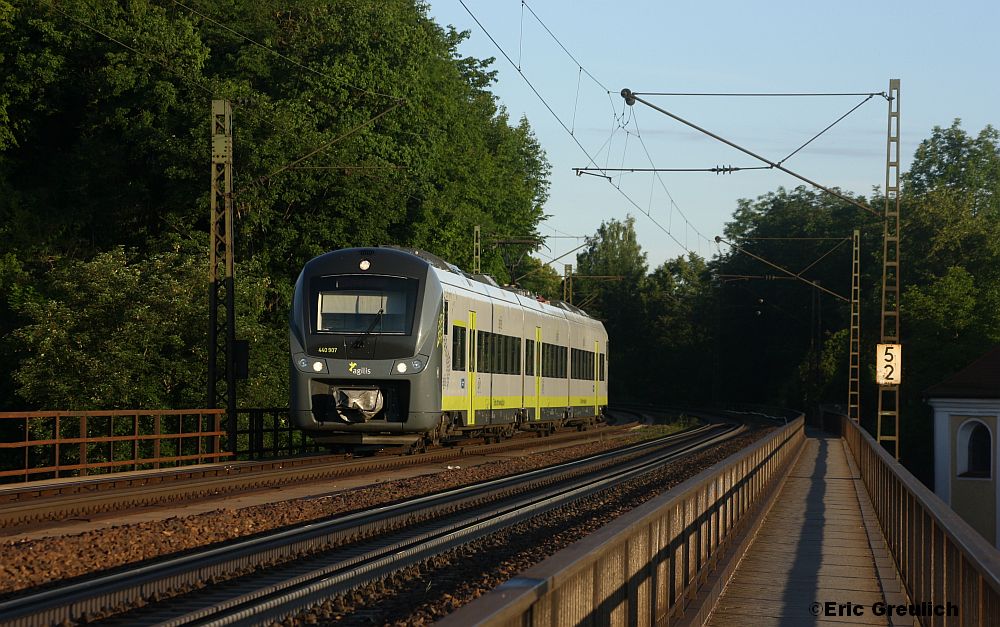 440 407 with an local-train direction Regensburg. 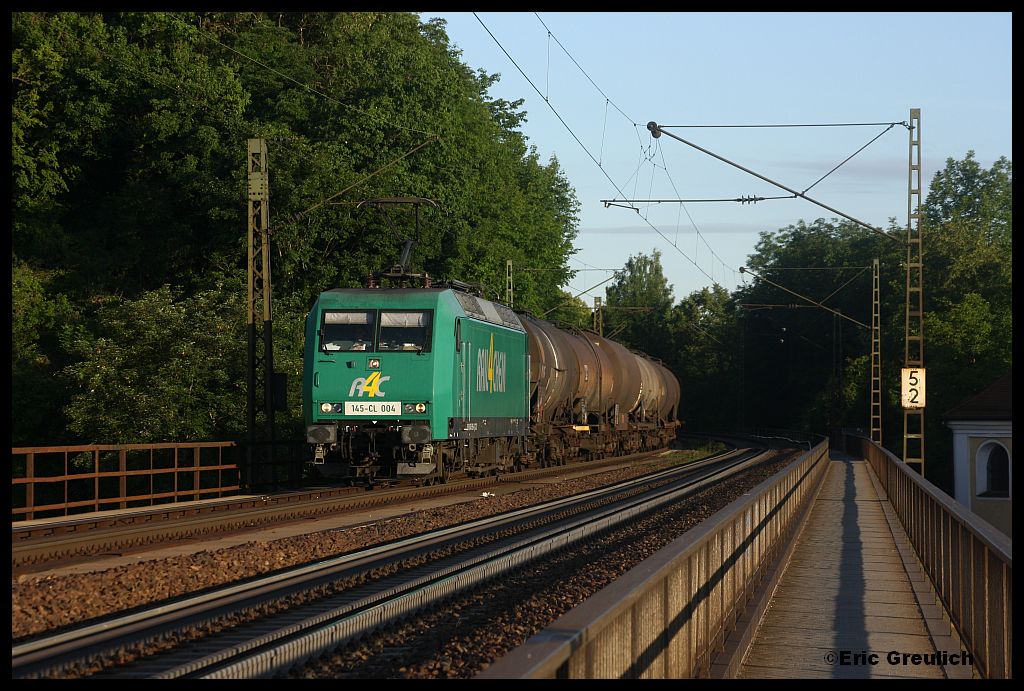 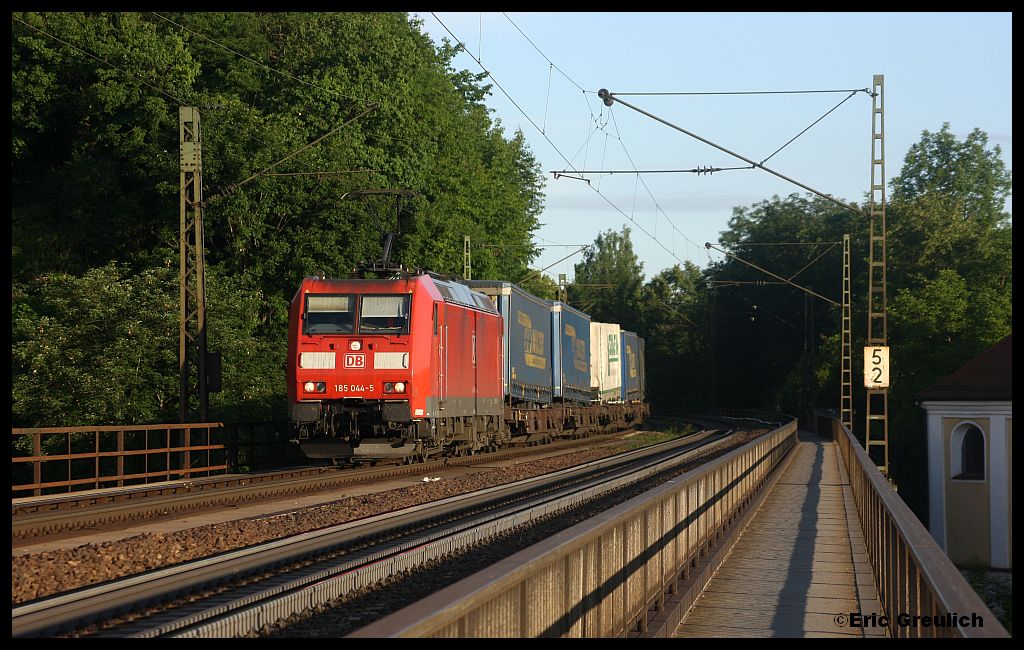 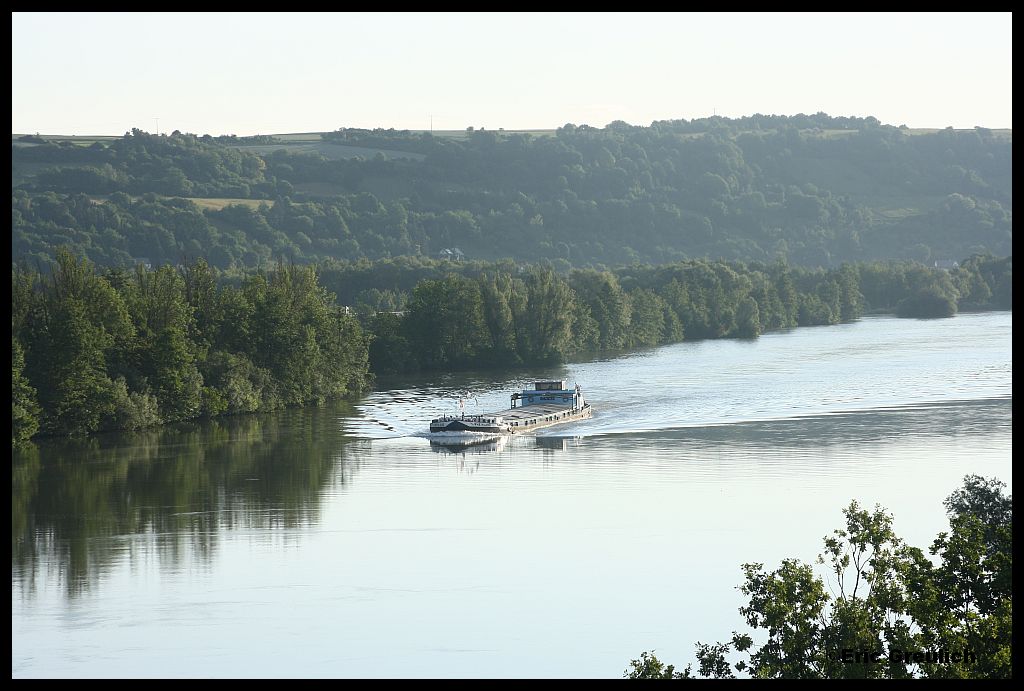 The Donau with the ship "Rheinland". 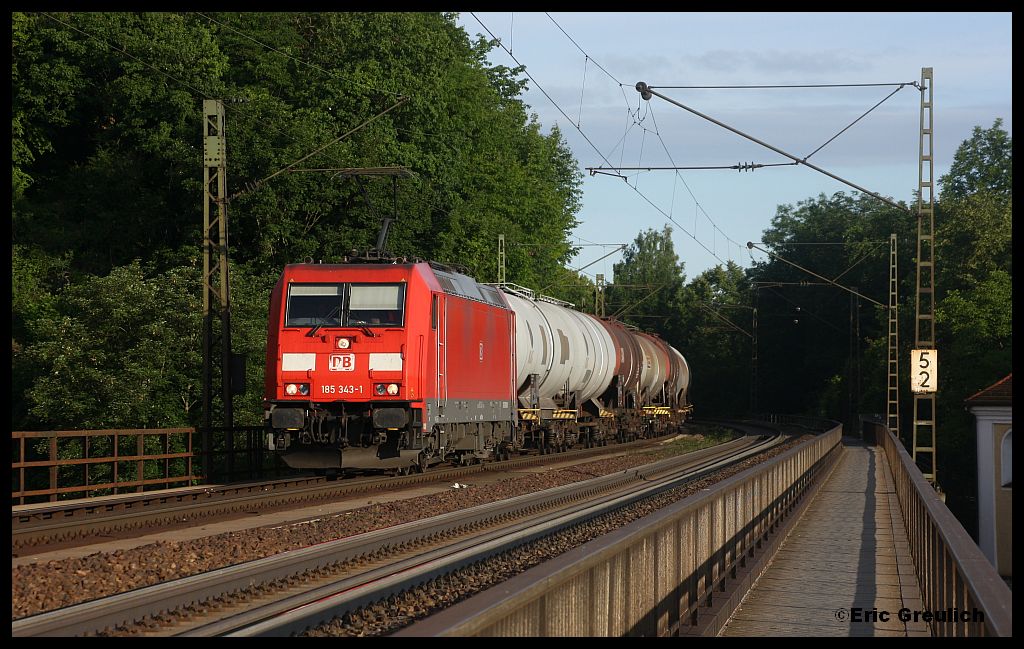 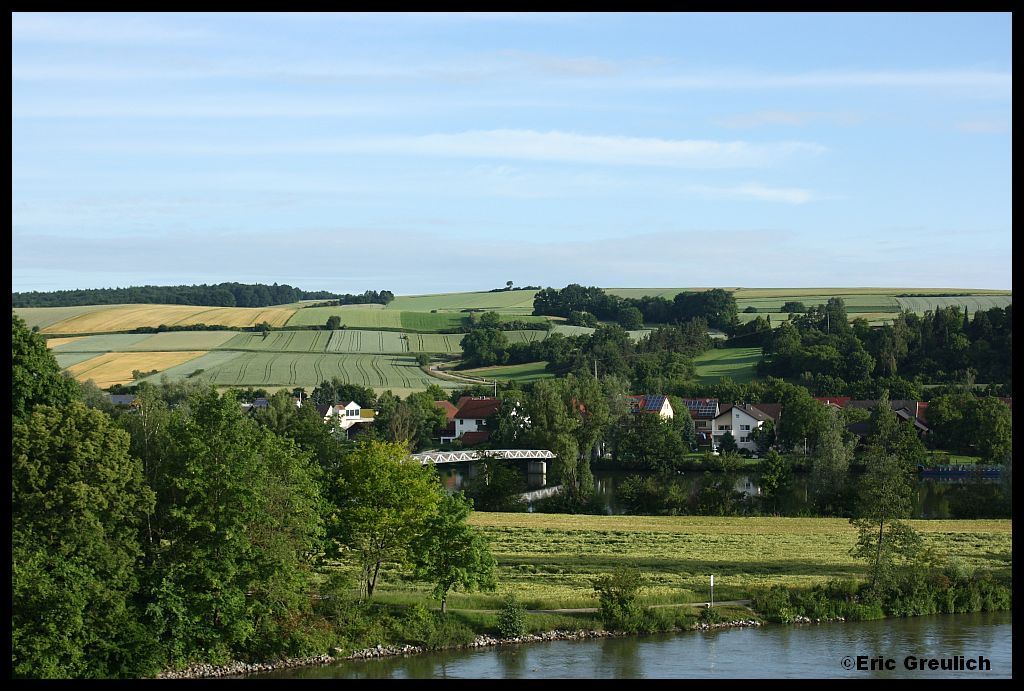 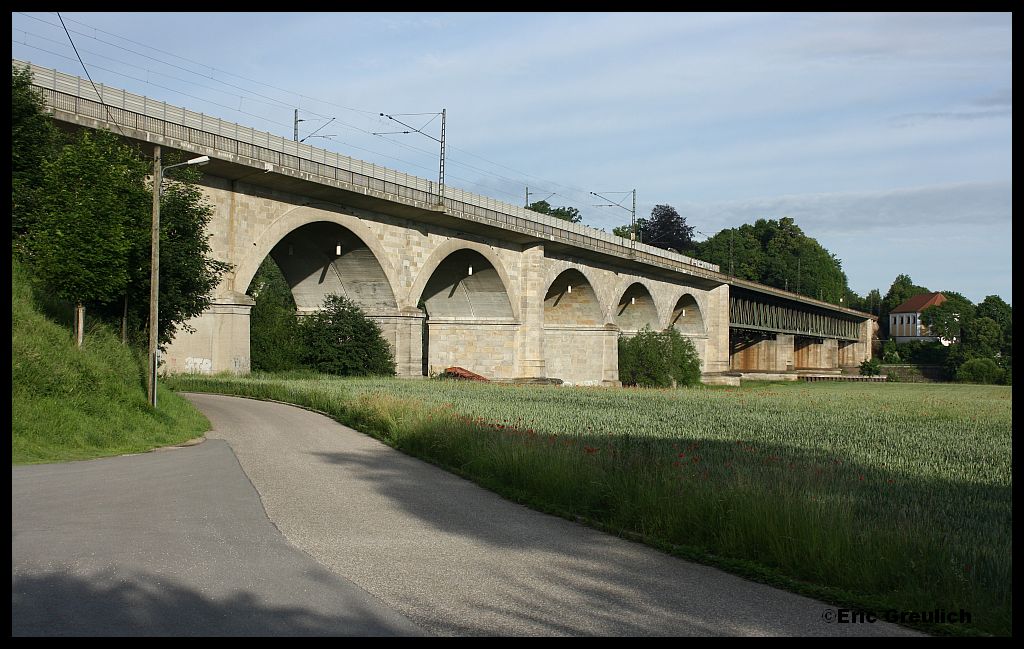 The Mariaort-Bridge, destroyed in the second worldwar.

Now some photos from Regensburg in the evening. (06/14) 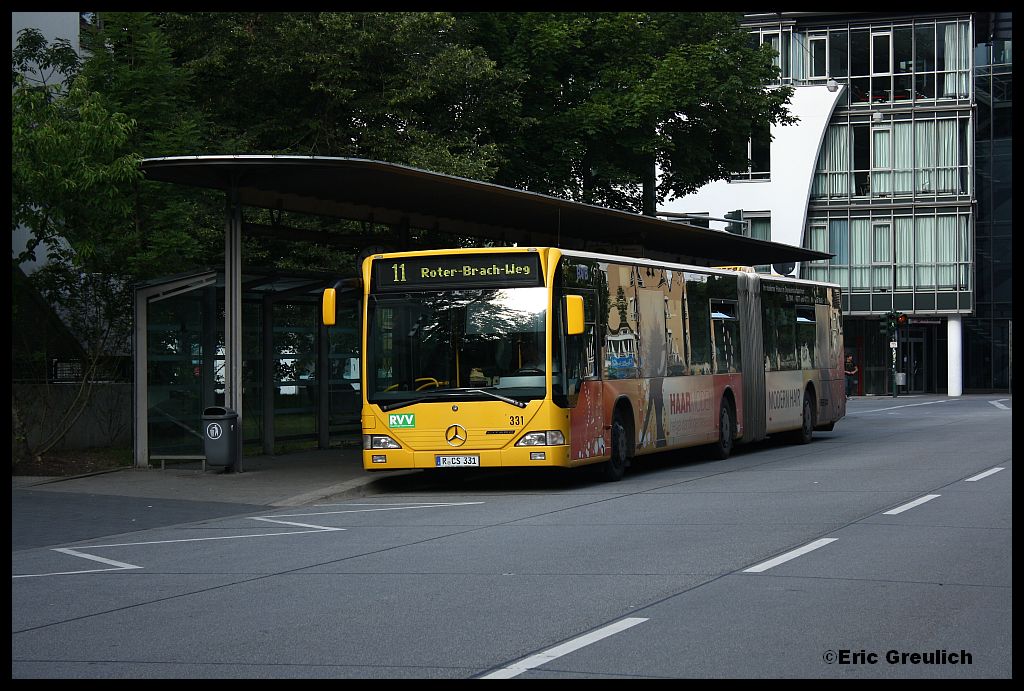 Regensburg lose her tram in the 60s. Mercedes Citaro near the main station. 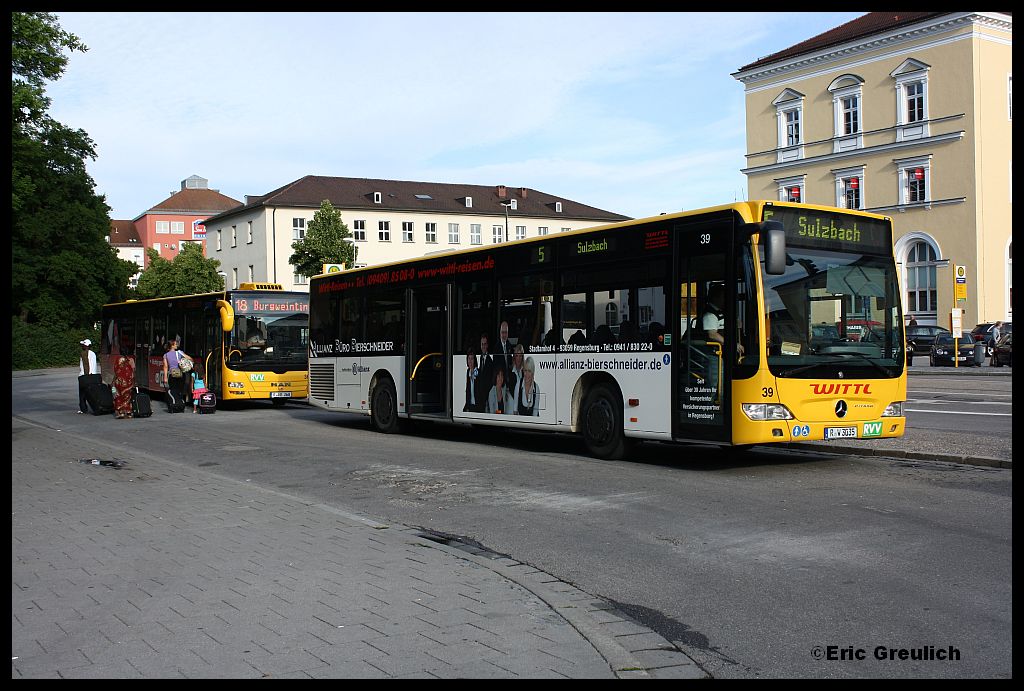 Another Citaro near the main station. 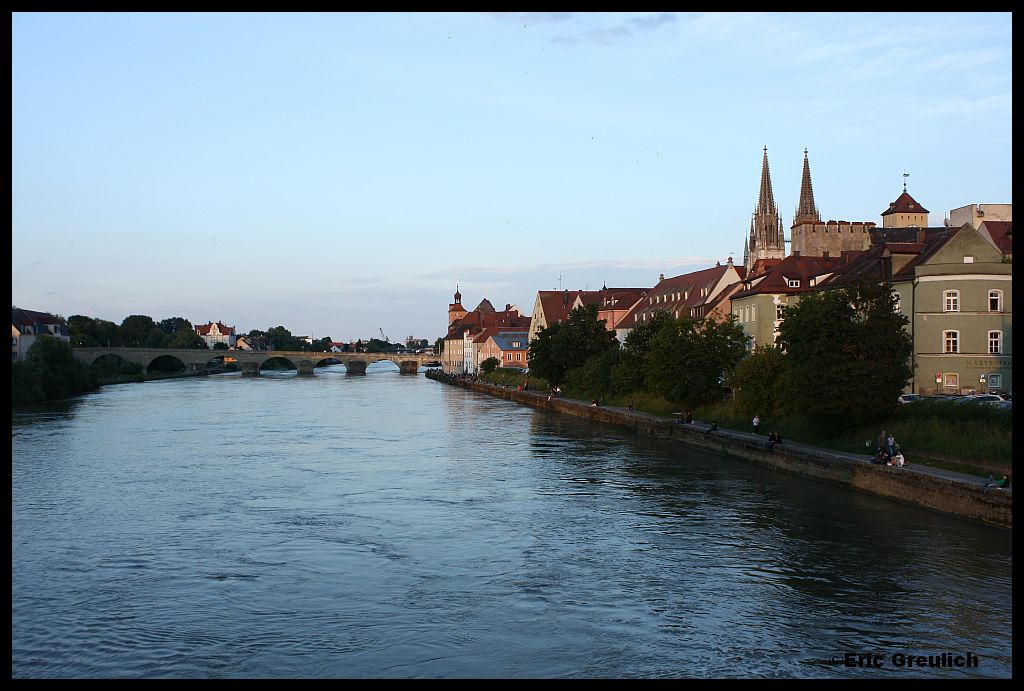 The Donau near the old town. 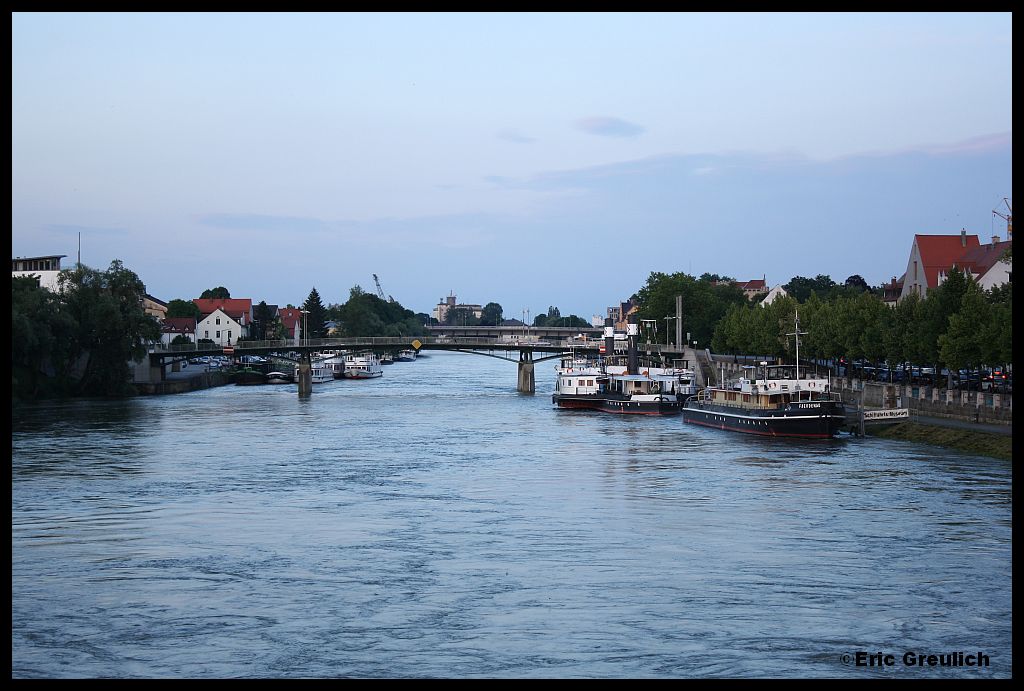 And now two photos from Nürnberg. At the ride home, we visit the traffic museum in Nürnberg. (06/15) 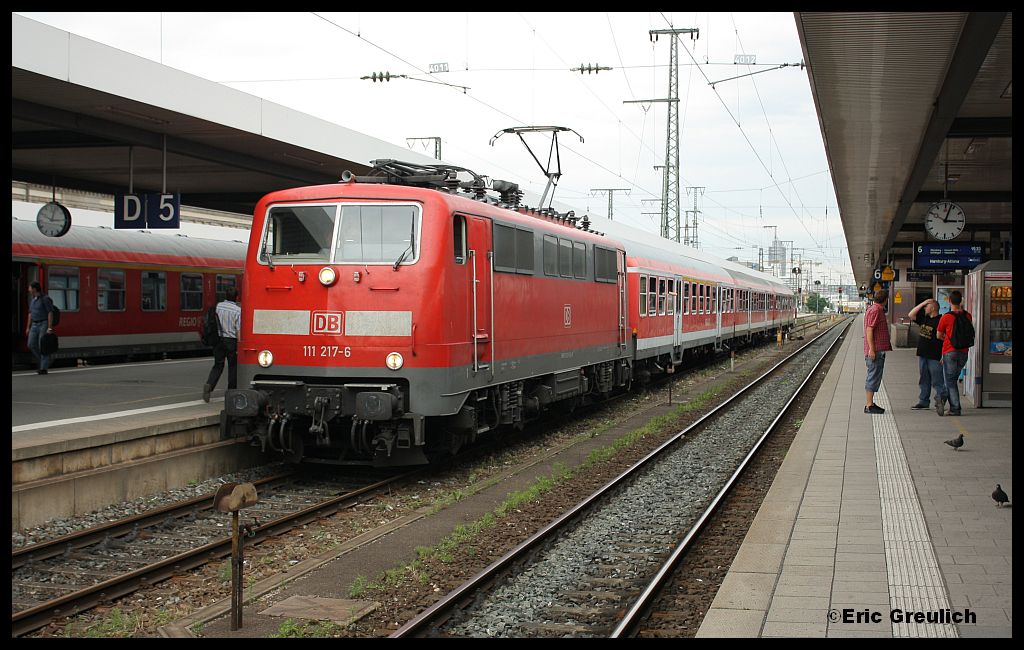 Great pictures from a beautiful area of the world.
B

Thank you, bavaria is one of the most beautiful landscape in germany. (I hope the sentence construction is understandable). 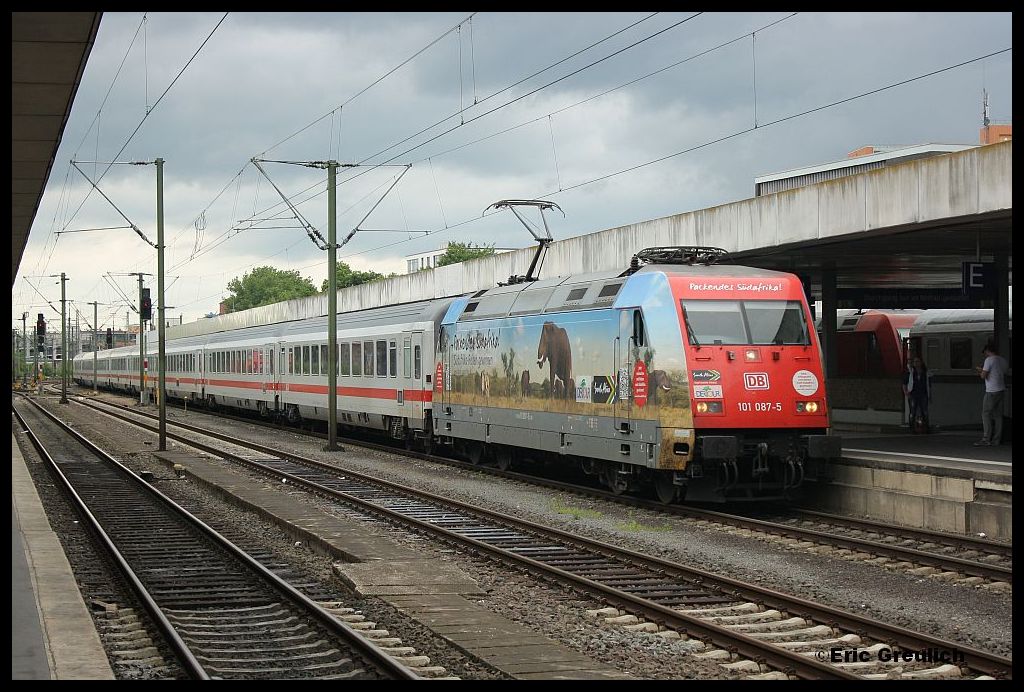