Howdy, I've got three questions pertaining to the history of diesels in the United States...

To possibly answer the last question...Something tells me we are in the "4th generation". I want to say it started in 2005 when the Tier 2 emission requirements went into effect on new diesel locomotives (GE's ES44AC's or ES44DC's and EMD's SD70ACe or SD70M-2).

I maybe totally off base, if I am someone please correct me.

I always thought of the GP30 as the beginning of the second generation, even though it has a 567. I do like the idea of the 567 to 645 transistion being the dividing line. The GP 30 seemed "different" at the time, almost like something new. GP20 never seemed new enough to be a second generation.
I'll have to check out a diesel spotters guide and see what it says. SD45's for sure would be second generation.


I'm sure there is a someone who knows the differences in the electrical systems. Something akin to when computer chips started being involved in the controling of the electrical, which I suppose would have started the 3rd generation.

All I know is that I would rather listen to a normally aspirated 567.
B

From "The Electro-Motive Story" - last paragraph (bolding added by me):

One could argue that the GE "U" series were true 2nd generation, but they sure didn't survive long when compared with EMD's 40 series. I will let others speculate on where the SD80 and SD90MAC43 and SD90MAC60 along with the 6000hp GE's belong.

Bruce Butler said:
From "The Electro-Motive Story" - last paragraph (bolding added by me):

One could argue that the GE "U" series were true 2nd generation, but they sure didn't survive long when compared with EMD's 40 series. I will let others speculate on where the SD80 and SD90MAC43 and SD90MAC60 along with the 6000hp GE's belong.
Click to expand...

Makes sense...where would you suppose ALCo products fit in? I would say 1st Generation and maybe 1.5 or early 2nd generation with the Century Series?

According to EMD and many of its historians, EMD's second generation began with their use of turbochargers. The first second generation EMD locomotive is the SD24. See Brian Solomon's EMD Locomotives for a much more in depth reasoning.

I'd say that the GP30 has to be second generation...I mean, so many of them rolled out with trucks re-used from the first gen.

There is an argument as to what differentiates Generation 2 from Generation 3. Is it the 645 prime mover? Is it Dash-2 technology? I lean towards the latter.
J

During the early 1960s, around the time that railroads began acquiring substantial numbers of GP30s and U25Bs, the terms "first generation" and "second generation" began being used in reference to the diesels that had replaced steam and to the diesels that had begun, at the time, to replace the steam replacements. It was relatively easy, for any given railroad, to place a given diesel in one of those two categories; and so the categories were -- and still are -- widely used. As diesel-locomotive technology advanced from there (i.e. microprocessor control systems, higher horsepower, AC-traction, environmental compliance, complete rebuildings, etc.), commentators began referring to "third generation" and even "fourth generation" diesels. My impression is that neither of those categories ever became generally accepted because there were a variety of opinions as to what characteristics should be used to place locomotives within each category. So it appears to me that the meaning of the terms "third generation" and "fourth generation" varies, depending on who happens to be using the terms. I presume that people will continue to suggest that certain locomotive should be included in each of those categories; however it would surprise me if there is ever a general agreement about any diesel "generation" beyond the first and second. 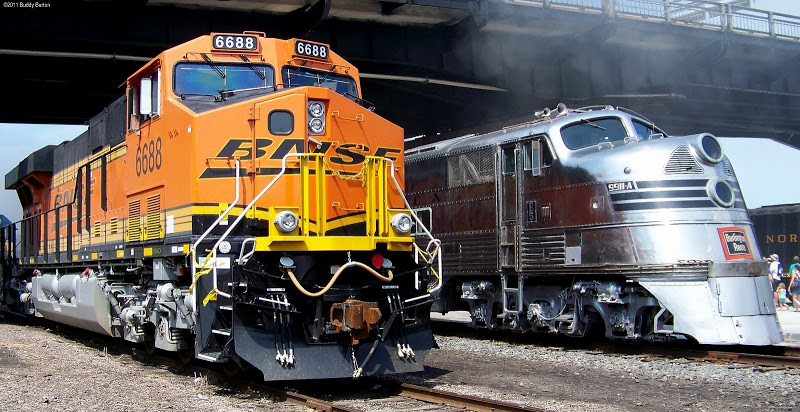