UP 9924 and another SD59MX are switching the Oroville Express in Oroville's yard before heading East for the day. 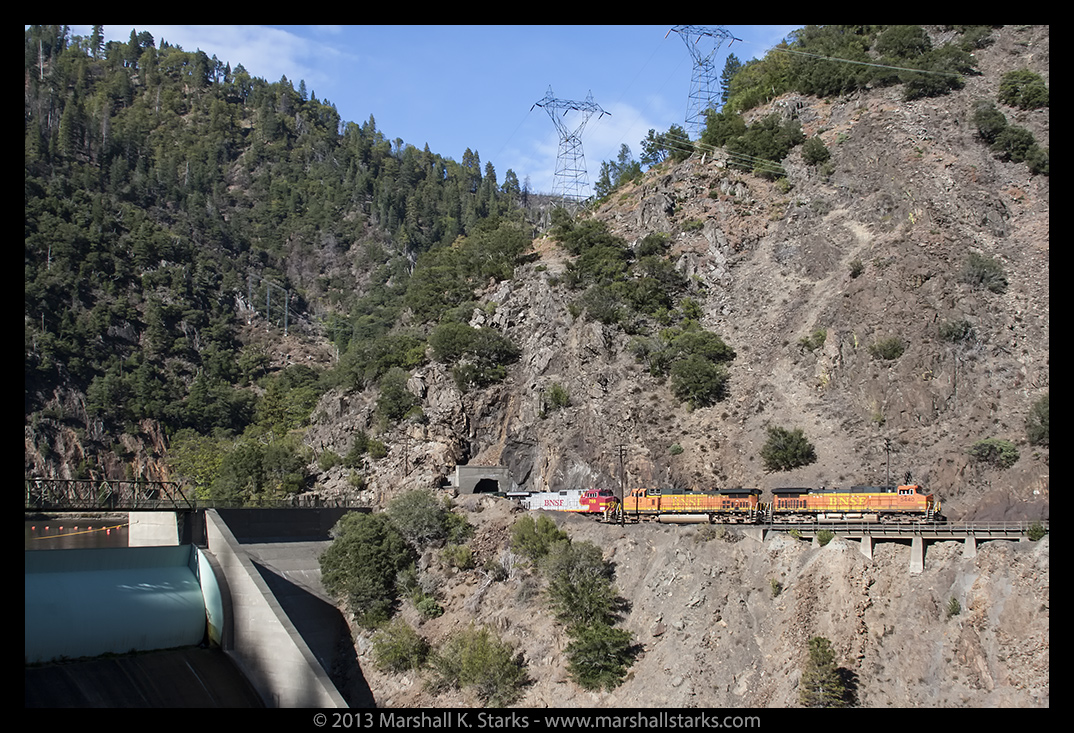 Saw these on Flickr the other day. Very Nice! I was up in Reno over the weekend and thought about coming home that way, but decided to chase fall colors instead to the south instead of trains to the north. Traffic seemed to be pretty light over Donner on the way up anyway so I didn't want to take a chance of getting skunked and missing some new scenery. I may get back up that way this winter though, who knows.

Thanks. The cool thing about the FRC and surrounding areas is that the colors change a little bit later than most of the country. The colors were just starting to change at the time of the photos, so I'll be heading back up there next weekend to catch things in full swing. I love the canyon, so even when there's a lack of trains, it's still a great place to be.

I have been trying to catch #787. Up here we have BNSF's Boeing trains, and I have a thing about photographing BNSF diesels which are numbered the same as Boeing models.