The movie, over 1:52 h long. Clickable index is included, sadly YouTube does not facilitate links for times greater than one hour yet, so you will have set time yourself from one hour on, if desired.
http://www.youtube.com/watch?v=Akq1hX9e98s&hd=1 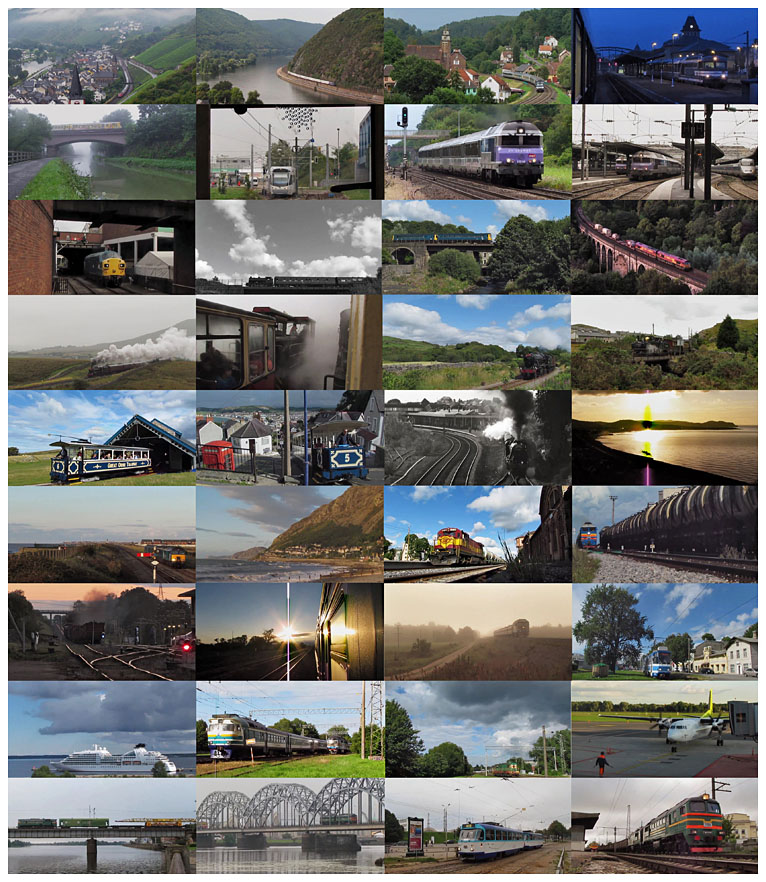 On August 2 I ventured into another longer tour through Europe, this time including Germany, France, England, Wales, Estonia and Latvia. I took EuroNight 420 from Vienna to Cologne and got out next morning at Koblenz, from where a visit to lovely Mosel valley was planned. 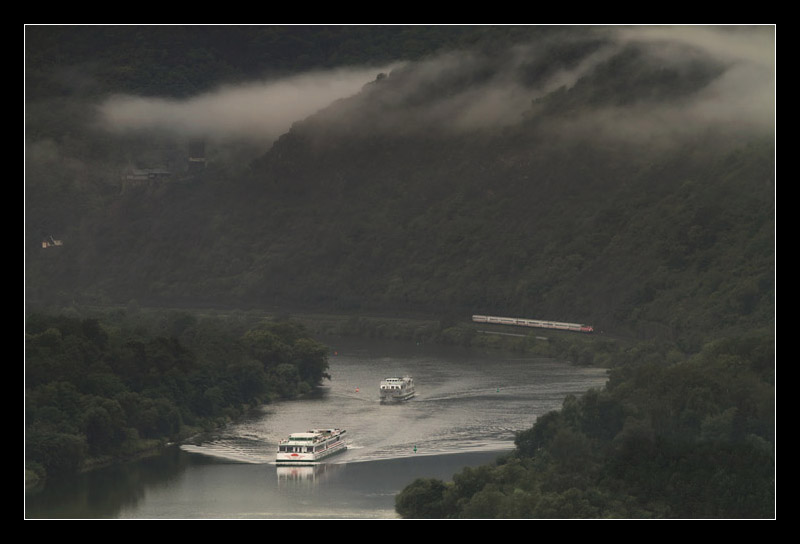 The focus was on the old dual voltage class 181 electrics still in service operating a 2 hour InterCity tact from/to Luxembourg. I had booked my Hotel at Sarreguemines, so I changed to Alsace / Elsass region in the afternoon for the last remaining class BB 67000 diesel hauled services between Strasbourg and Sarraguemines. Although a rainy day, I had extreme luck with sun appearing for the blue 181 201 as well as a BB 67000 at Frohmuhl.
Next morning I took one of the old Caravelles to Sarre-Union and left for Zetting and the Sarre Canal. While departing, a nice parallel ride with BB 67000 shunting could be filmed. 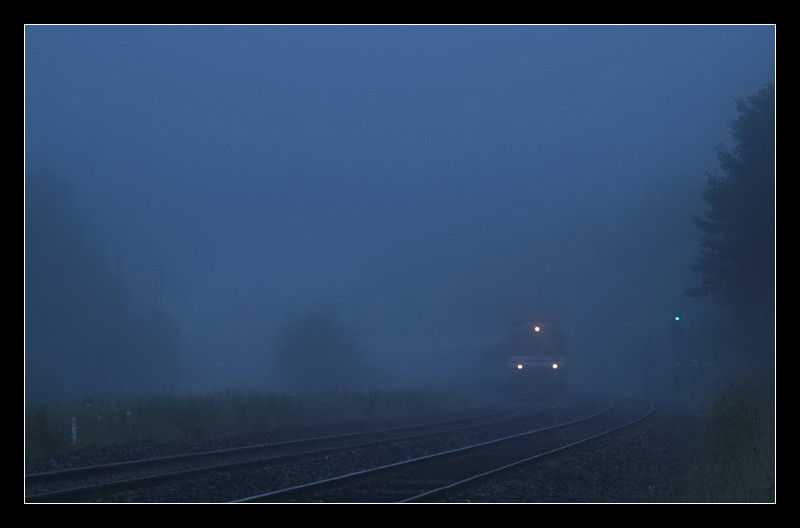 At Zetting, great, foggy mood prevailed, later in the morning I took Saarbahn S1 to Saarbrücken using partly mainline, partly tramway tracks. Over noon I changed to Paris via TGV on the LGV est européenne, my first motifs there were class CC 72000 diesel services to Mulhouse at Paris Est terminal and the first station on the diesel line, Verneuil l'Etang. In the evening I visited the Eiffel tower for night shooting including the metro. 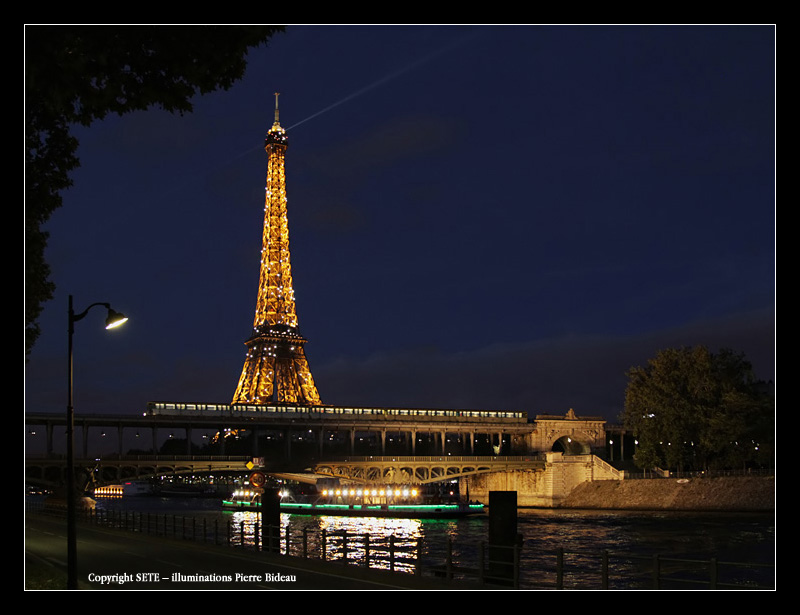 Following morning I took the first Eurostar from Paris Nord to London St. Pancras and immediately continued to Manchester and the East Lancashire museum railway. Railcars and Hunslet "Sapper" were in service and could be captured in beautiful landscape and lovely summer weather. An evening visit to Saddleworth viaduct rounded off the visit with LMS 6201 "Princess Elisabeth" hauling "The Scarborough Flyer" in the last sunset glint across the Pennines, a DBS class 66 double headed freight and DMUs. 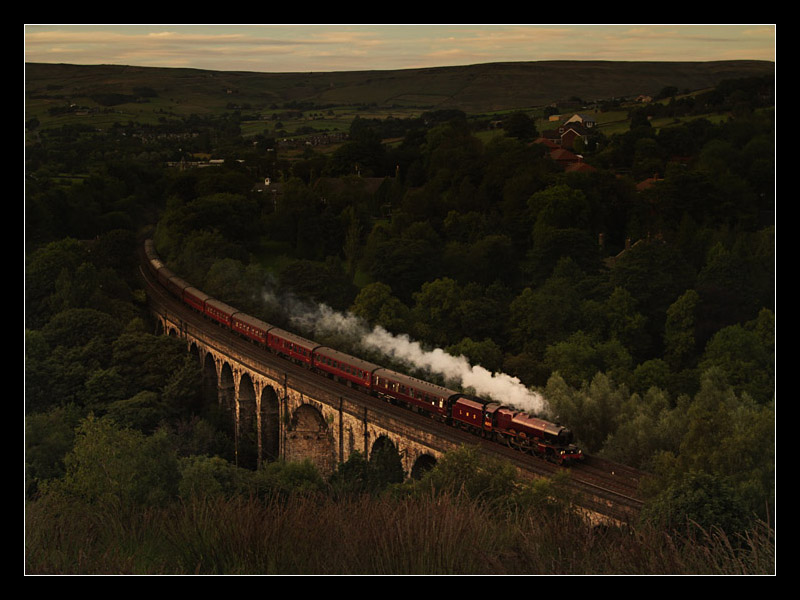 Next day I visited the Settle-Carlisle line on the only bad weather day, I caught Black Five 44932 with "The Waverley" at Ribblehead and "The Cumbrian Mountain Express" pulled by 45305 at Kirkby Stephen. 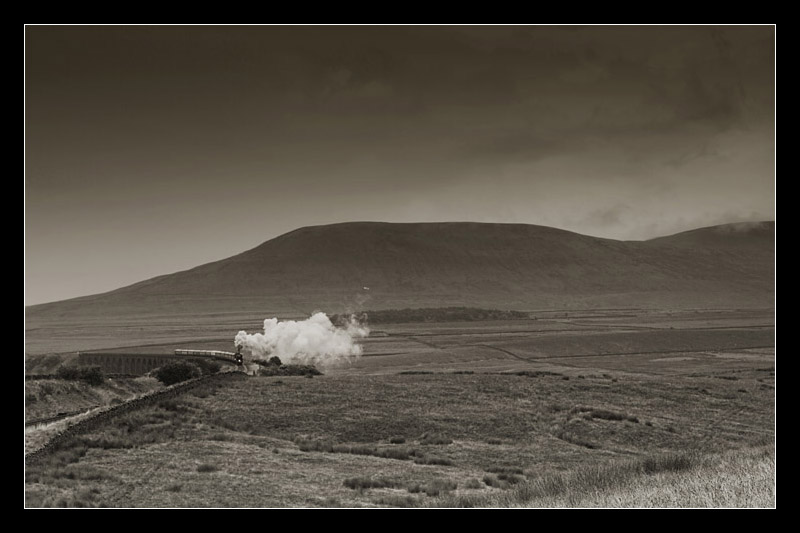 On Sunday, August 7, I changed to Wales for the "The North Wales Coast Express" hauled by 70013 "Oliver Cromwell". At noon I got it twice around Conwy, a visit to the Great Orme Tramway at Llandudno followed. In the evening the Britannia class performed a great departure out of Colwyn Bay, viewed from a panorama point in Old Colwyn. 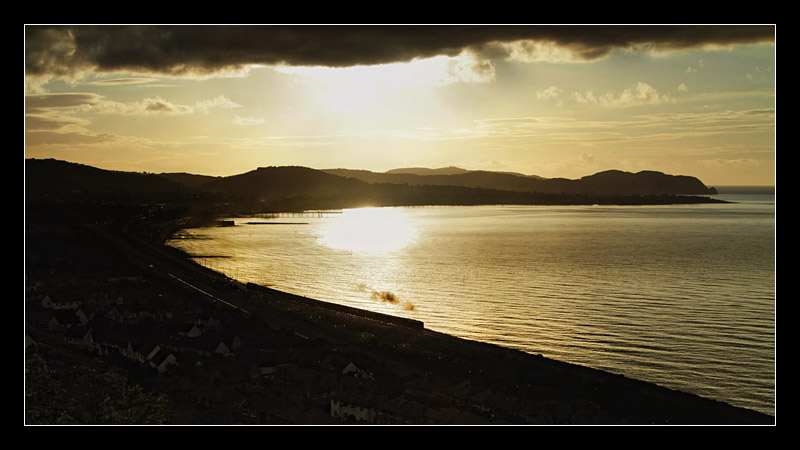 A ride with the Snowdon Mountain Railway did not bring the good weather I hoped for, I still walked from the summit to Rhyd Ddu for the Welsh Highland line, but a heavy shower cut this trip short and I returned to the hotel in Bangor. The evening was fantastic again, with class 57 hauled Arriva Wales Cardiff - Holyhead service at Llanfairfechan. 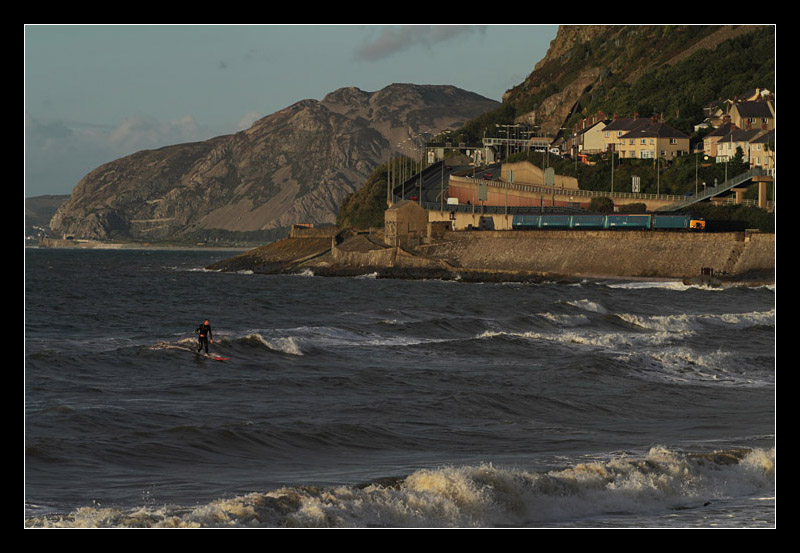 Tuesday morning started early with class 57 at Conwy castle, then I spent the whole day around Blaenau Ffestiniog with 48151 hauling "The Welsh Mountaineer" special, double Fairlies and diesel on the narrow gauge Ffestiniog railway. Afterwards I enjoyed a great steam departure from Llandudno junction and the last rays of sunlight at Abergele & Pensarn with semaphores at the seashore and class 57 returning. 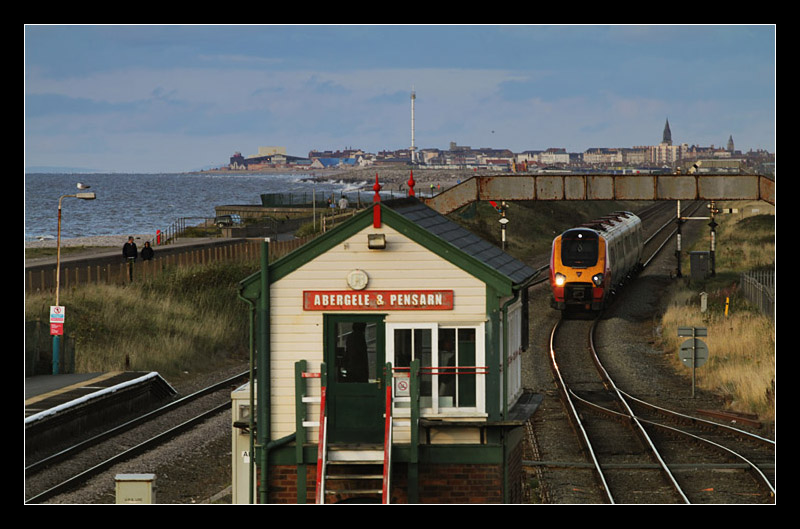 Next day a bad weather front had been predicted, so it was ideal for transfer. I still caught some sun and freights at Ely while changing trains. On Thursday early morning my Easyjet flight to Tallinn took off from Stansted Airport. After arrival in Estonia I had some time to relax and then took the first eastbound DMU in the afternoon from Ülemiste to Tapa.
Immediately after stepping on the platform at Tapa, the first GE Dash-7 pulled freight rolled by on the line from Rakvere leading off a parade of seven more GEs, with freight and light, single and double header, and two 2TE116 freights. 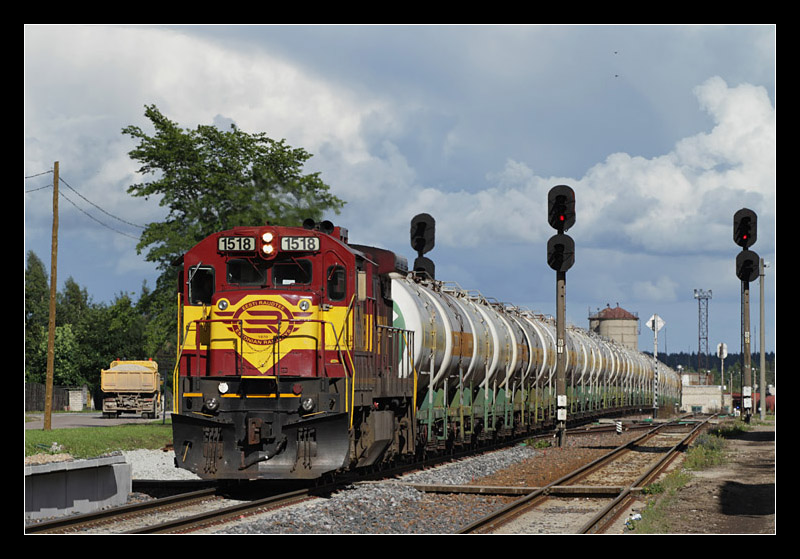 I had booked my hotel at Rakvere, after getting there by DR1BJ another westbound GE was waiting at the station for departure providing wonderful evening entertainment.
The following morning started with the "Moskva Express" at Lehtse rolling past while the sun broke through the fog. 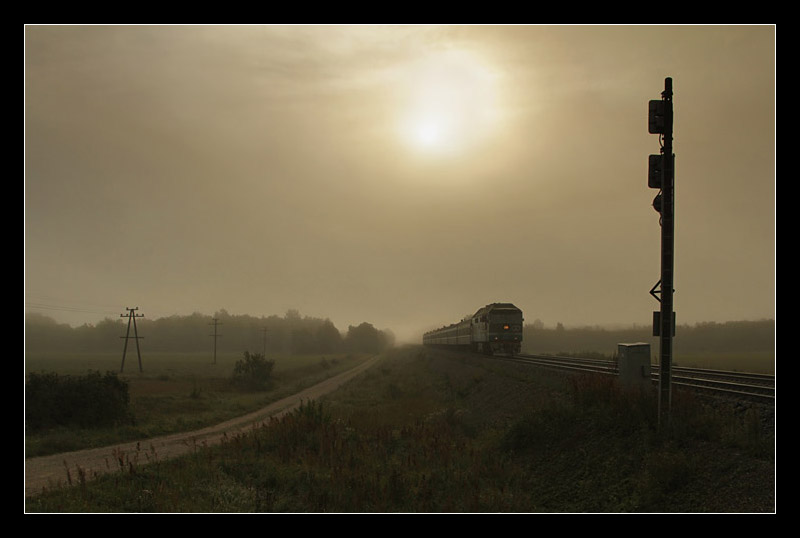 Soon afterwards I made a stop at Tapa for some more trains, including another Dash-7 departing with a monster freight just before my departure to Tallinn. There I toured the city including trams and seaside in lovely summer heat, I even took a little dip in the sea. Later I returned to the mainline with a parade of TEM2, ChME3, even Dash-7s in addition to the usual ER2s, DR1Bs and TEP70 hauling "Moskva Express" to Moscow.
The Air Baltic evening flight took me to Riga, where I spent a great last Saturday morning. Within half an hour two 2M62s, one with long freight, and one M62 with crane as well as several ER2s showed up. Shortly before departing to the airport I managed to capture the express from Belarus at the main station, as well as a fantastic 2M62 freight departure. I would have never dreamt to spot that many trains within such a short time on a Saturday! 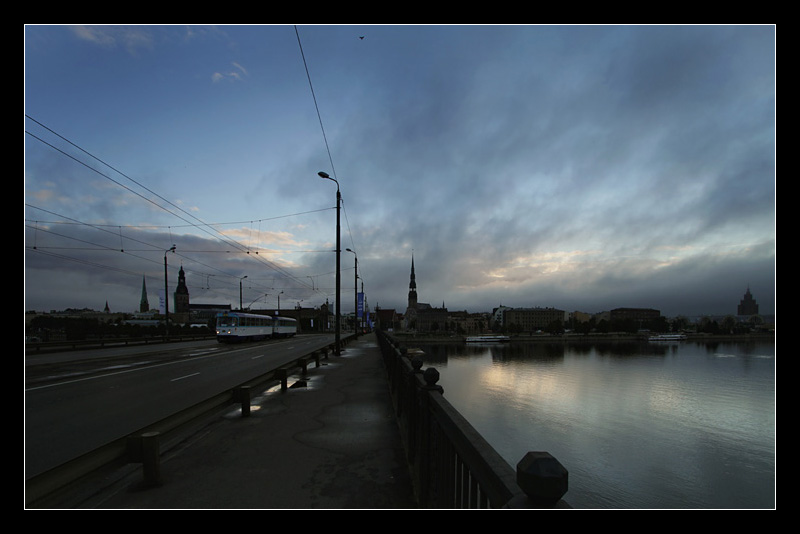