I was able to get away last Friday to join Robert Scott and Friends who has been camping in the Gorge shooting trains.
The morning started cloudy even misting in the heart of the Gorge near Bonneville. Passed a Eastbound mixed stack train at Troutdale and the first train of the day a lovely K Line stack pulling into The Dalles. I joined up with the guys at MP99 for both trains. 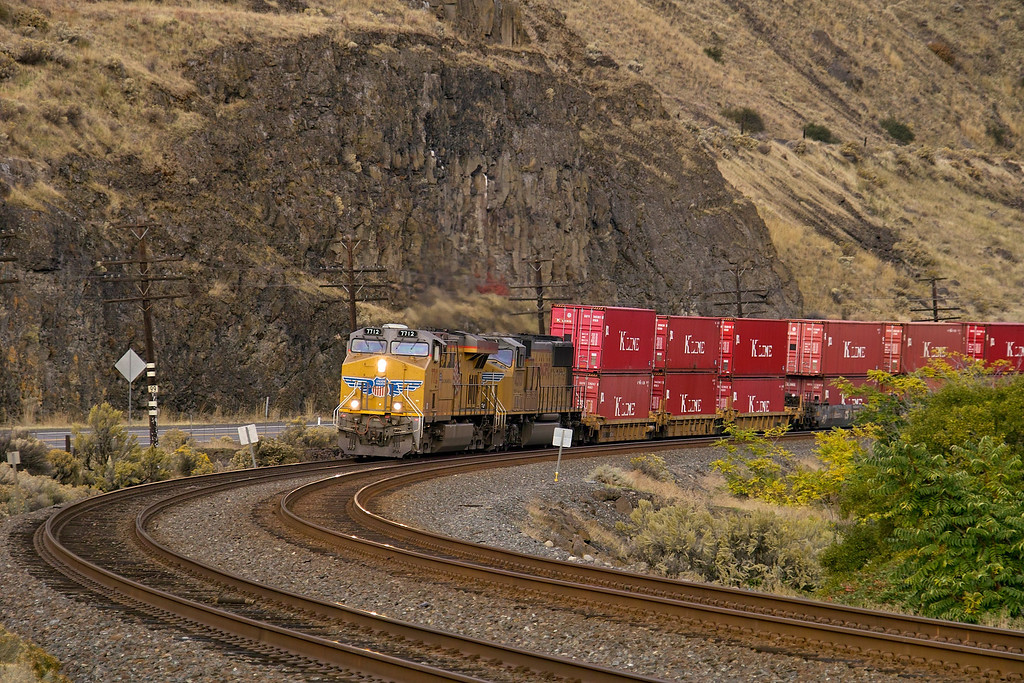 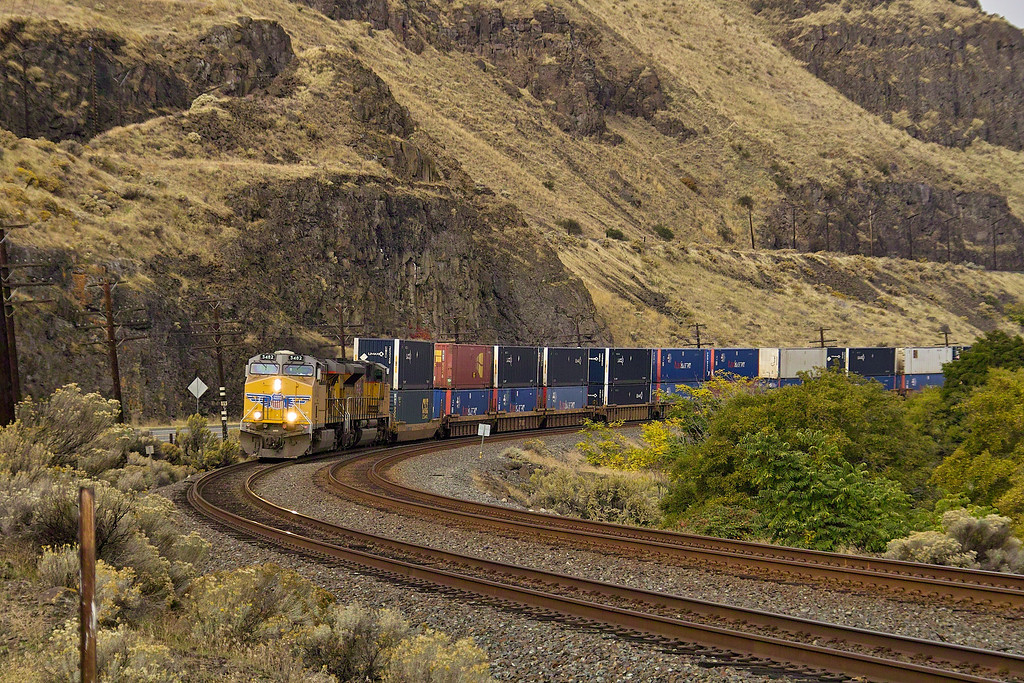 Checking intel we decided to relocate across the river to Maryhill to catch the BNSF Parade.
Did a little mountain goating to get this shot of the first coal train. 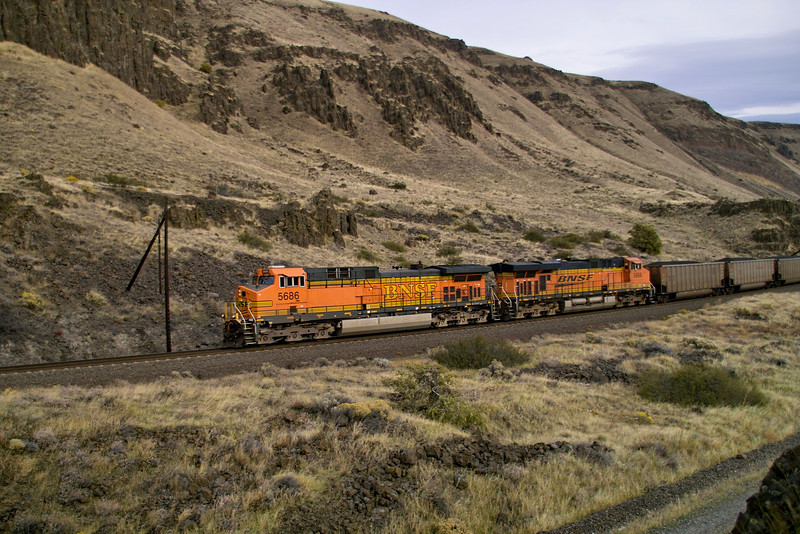 Too bad this guy was not on the lead. Wonder how much longer they will be around in this paint job? 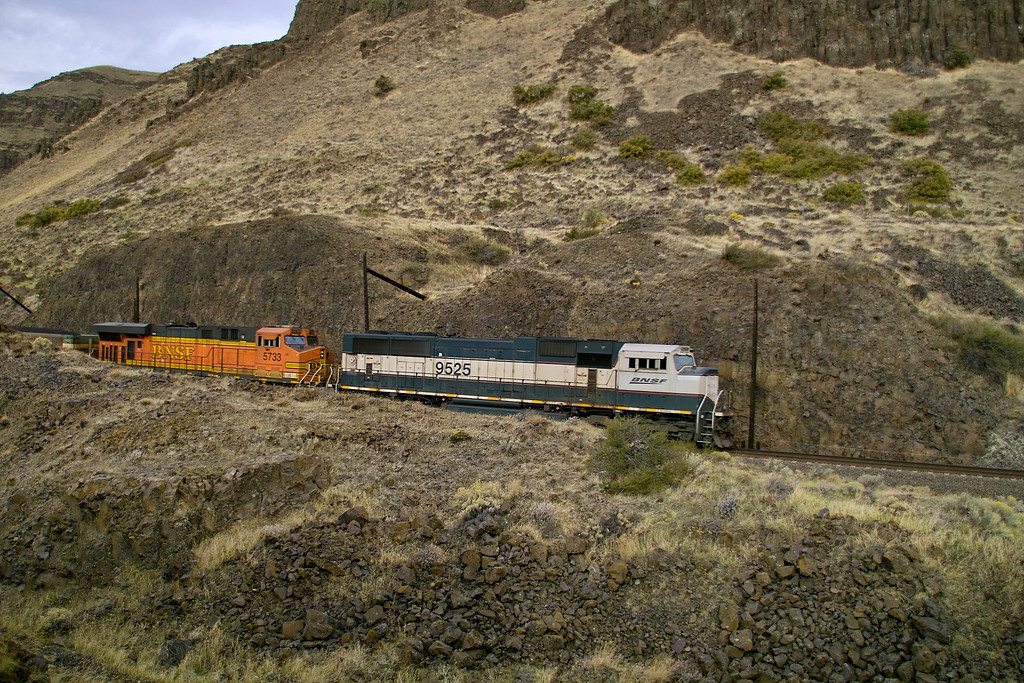 Next we got another a shot of a grain train. 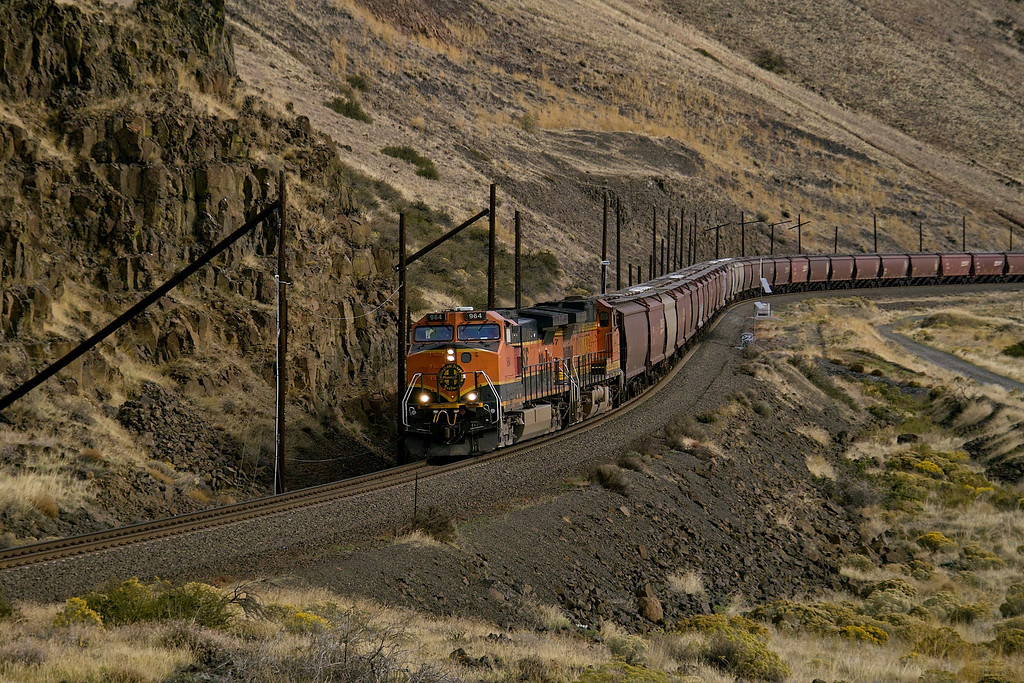 Next in the westbound parade was a vehicle train. 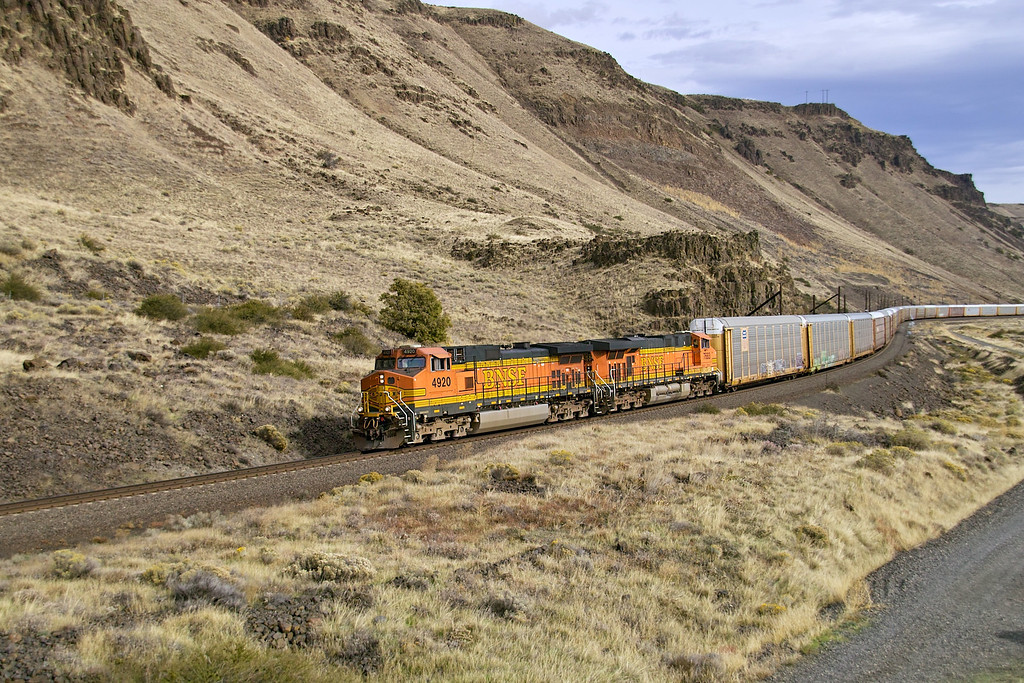 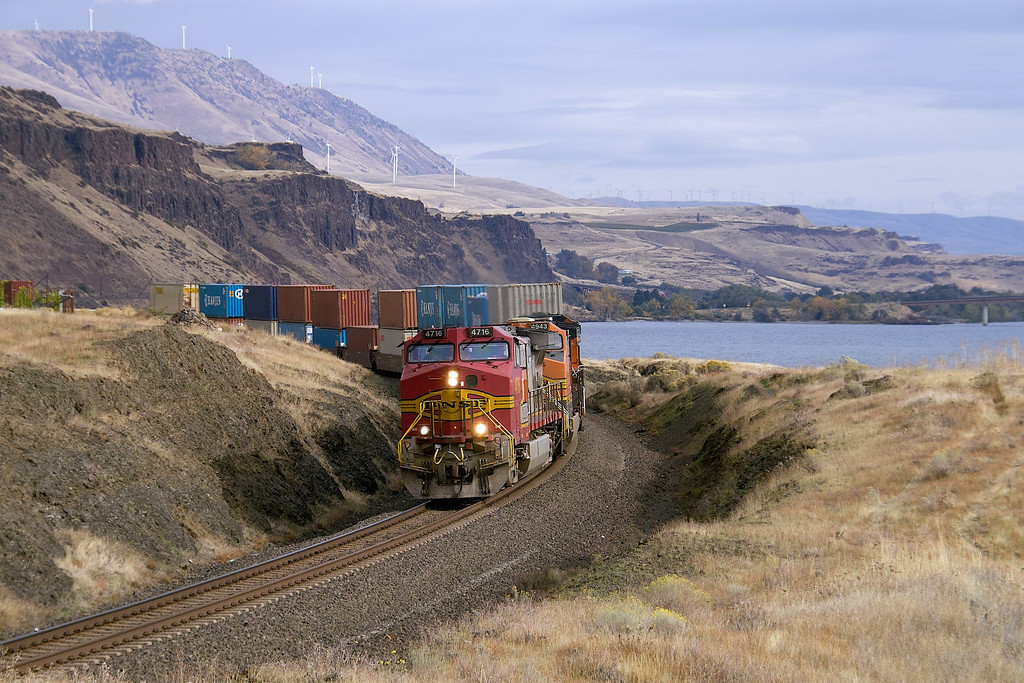 More Coal! Interesting how common they are getting in the Gorge. They used to be a big deal. 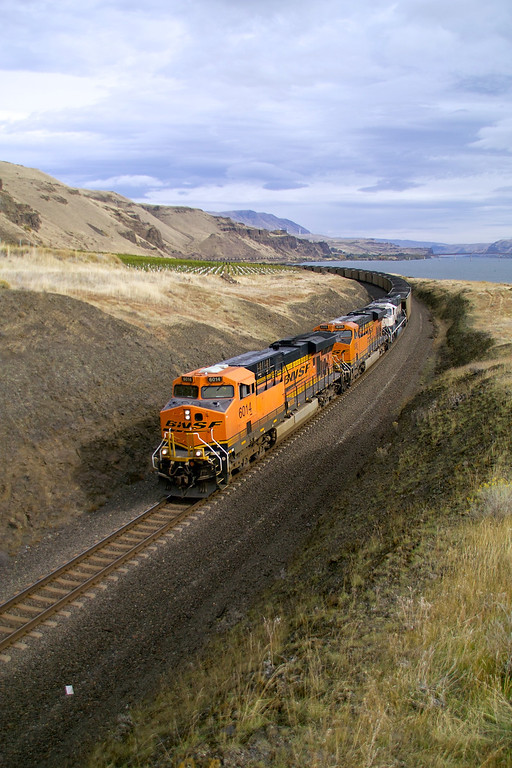 Things kept moving on the other side of the river too. 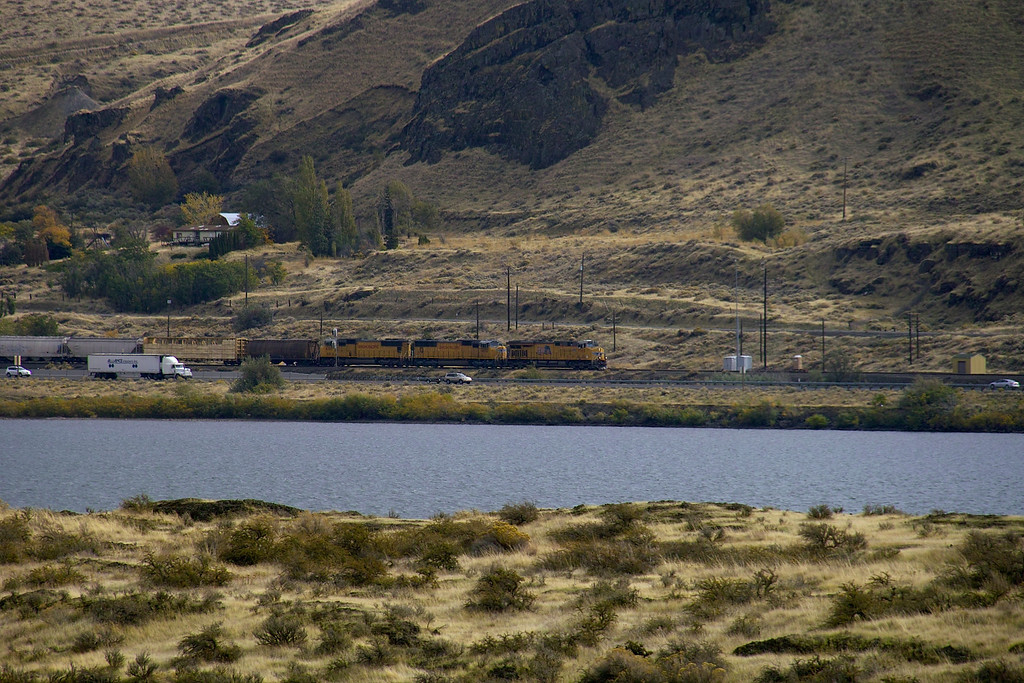 Next up a colorful grain train. 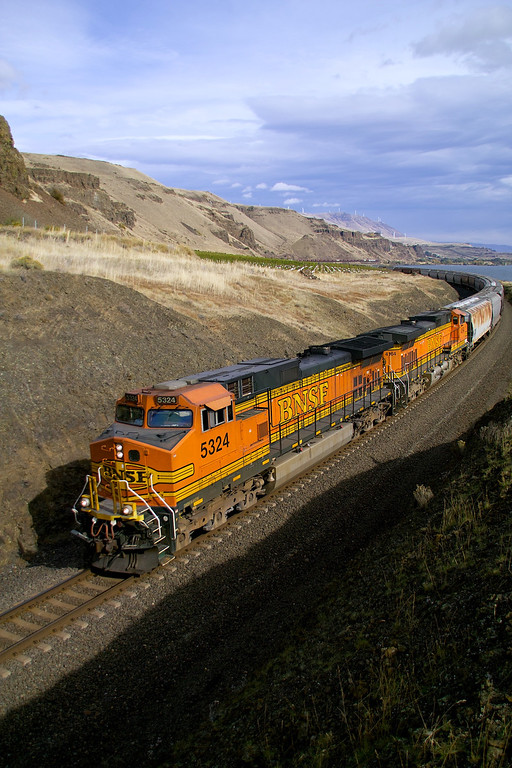 Dale and Joel see something interesting going away. 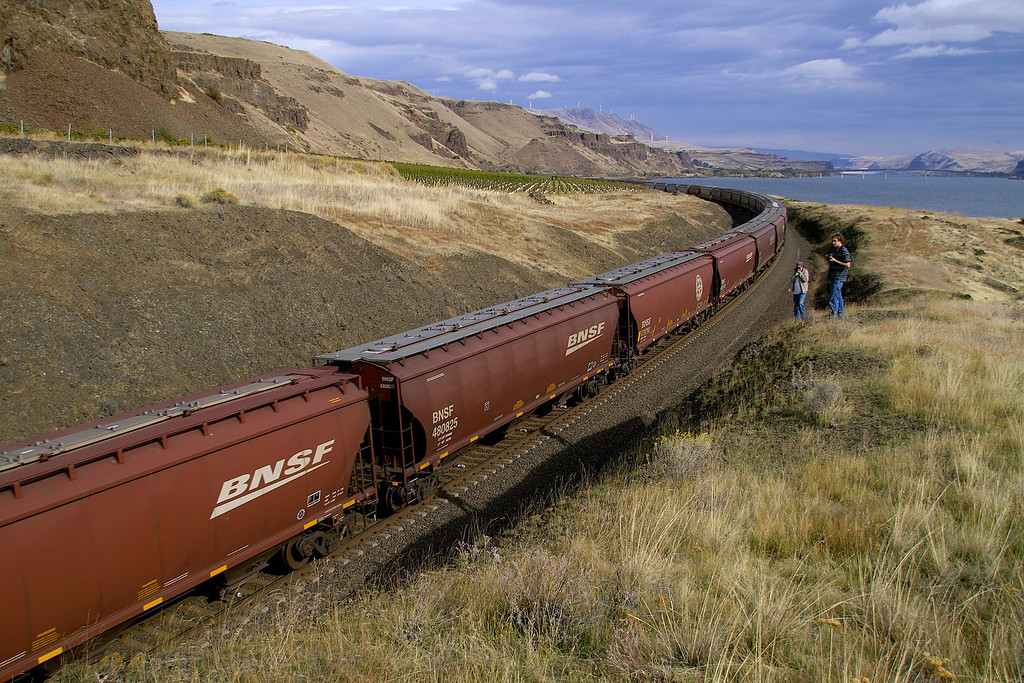 After getting our fill of BNSF it was time to fill our tummies in Biggs and head to the other side in anticipation of a PASBAR departing down the OT. UP kept thing lively during the wait. Trains slowing for the bridge work. 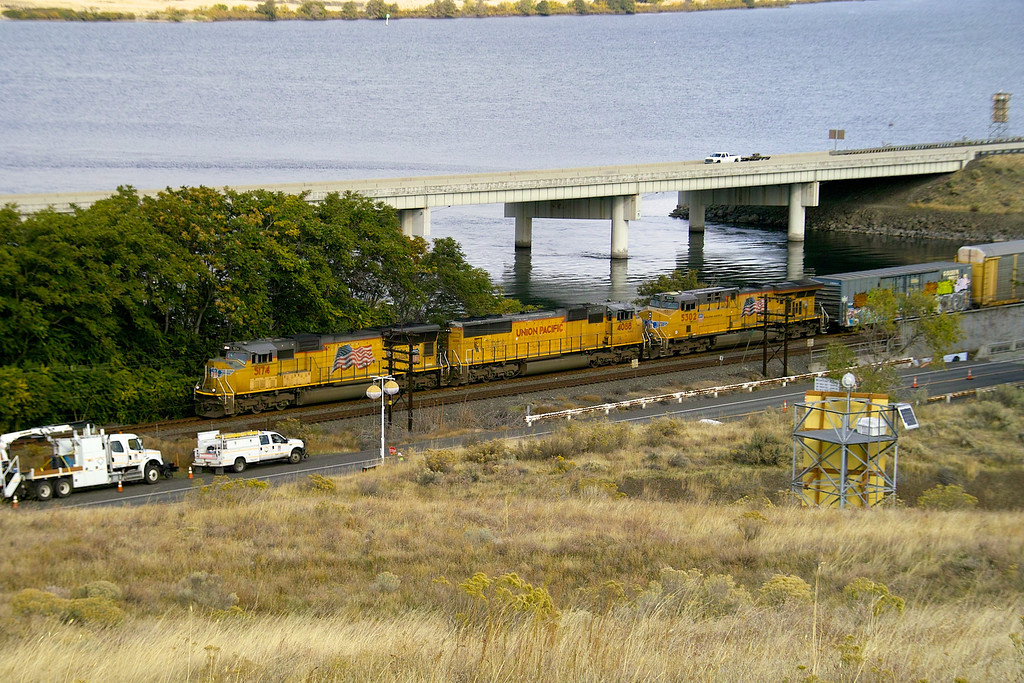 Eastbound empty grain train on UP. 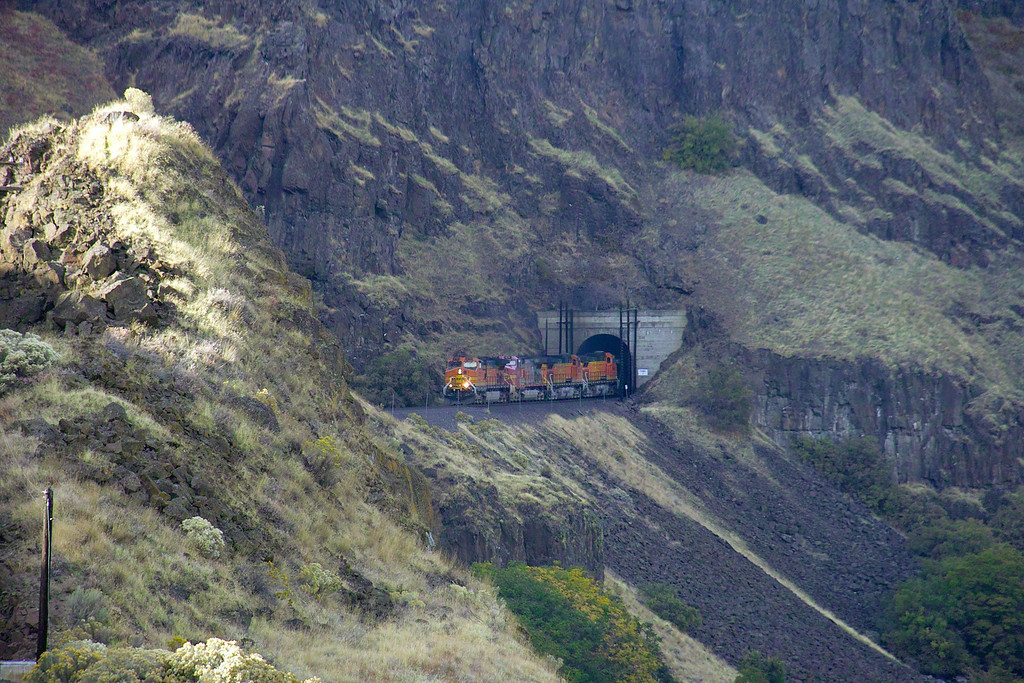 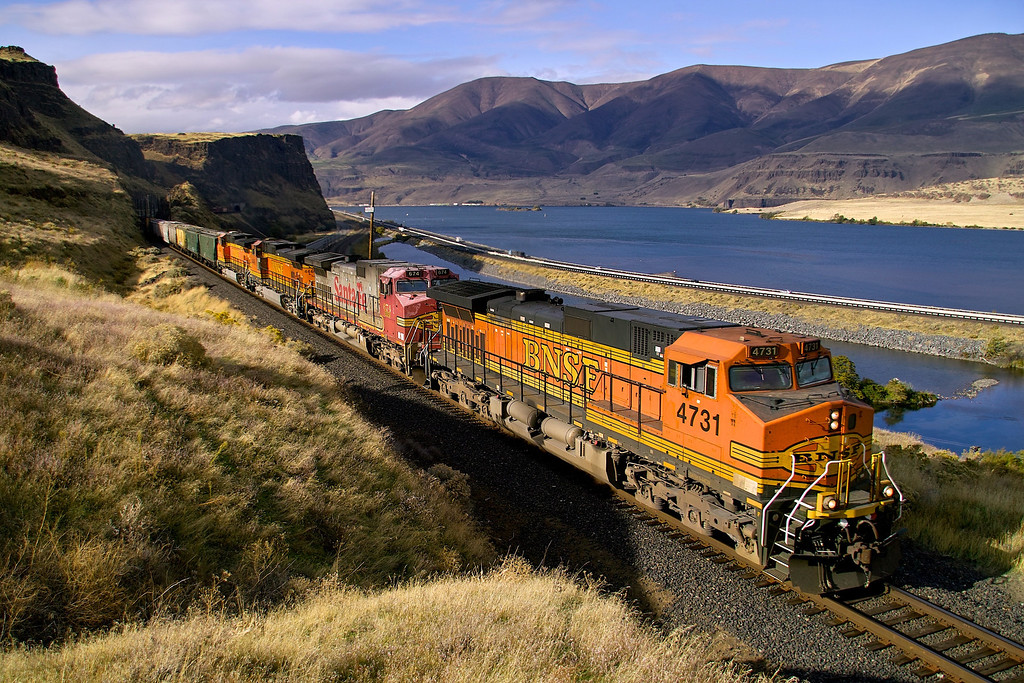 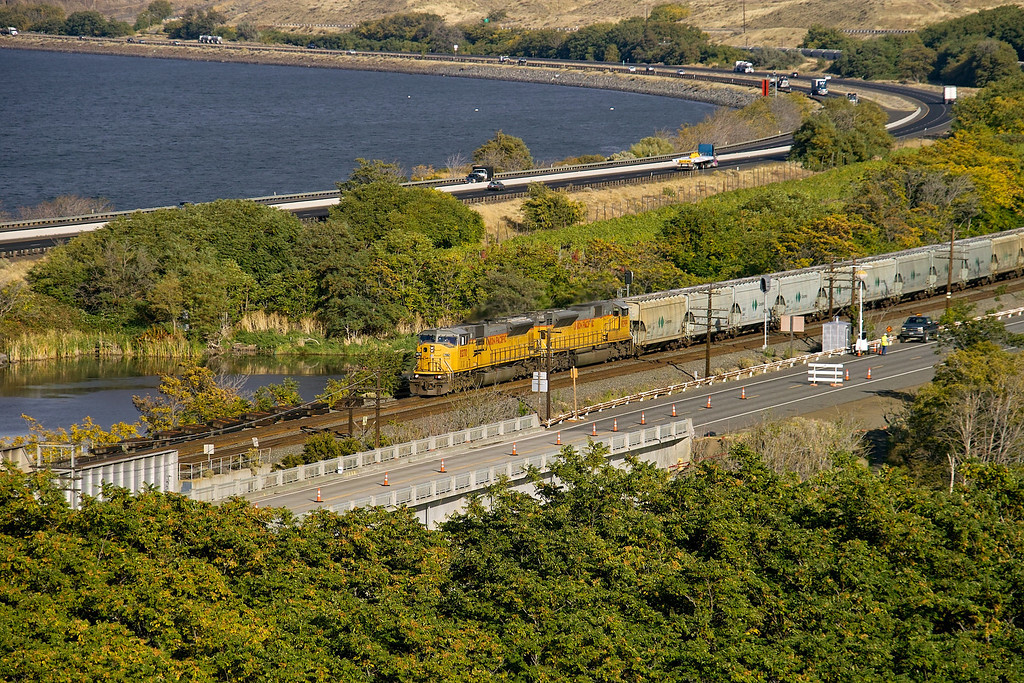 We waited for the northbound BARPAS but the day was getting late and the clouds were moving in so Sayonara good light.
As always it was a pleasure hanging with the FoamersNW and a great prelude to a wonderful show.
Pete

Here are a couple of the BAR-PAS. They rolled by at 17:03. The light was pretty much shot by then.

While you guys were at your spot for the Paydirt shot, I was around the bend, closer to the Moody siding. The lighting was very good just then.
C


Once again the shots are spectacular. I like all the westbound action you got at merryhill. Is this shot with your SD14 or your Nikon? I also like the shot of the South bound by moody you got also.

Steve, everything was shot with the SD14 I had the D90 out for some long shots but found the card to be empty as if it had been accidentally formatted. Gotta figure out what is up with that.
Everything was converted in SPP 5.1 and finished in Aperture Demo I am giving strong consideration to upgrade from iPhoto.
Many thanks to Chief for the great guide work.
Pete

Beautiful photos! Looks like it was a great trip.

Should have stopped by.

Here are a couple of the BAR-PAS. They rolled by at 17:03. The light was pretty much shot by then.

While you guys were at your spot for the Paydirt shot, I was around the bend, closer to the Moody siding. The lighting was very good just then.
Click to expand...

Thanks, you should have stopped by and said Hi to the crew. Would have like to have a face to go with the mystery man in the gorge.
Pete
S

I really liked the 4716 rounding the turn although I can't decide whether the wind turbines add to the shot or if it would be more scenic without them. Not really in your control I know,..but just my thoughts...yeah, I think it adds something interesting to the shot.

Thanks Smitty,
The 4716 shot is a real keeper, there were 4 of us shooting it so there are several different versions out there already. The light was perfect.
As far as the wind turbines, they are a part of the terrain on the east end of the gorge for at least the next 25 years unless the operators go bankrupt sooner after the american tax and rate payers get tired of subsidizing them. They we will get to pay again to clean up the green energy mess on the countryside.
Pete