On Tuesday, Aaron and I departed northwest Ohio shortly after 02:00 for a day on the former C&O in southern Ohio and northern Kentucky. We were not disappointed, rather completely surprised by all we got.

A foggy sunrise greets the cantilever at the E.E. of Vauces center siding. 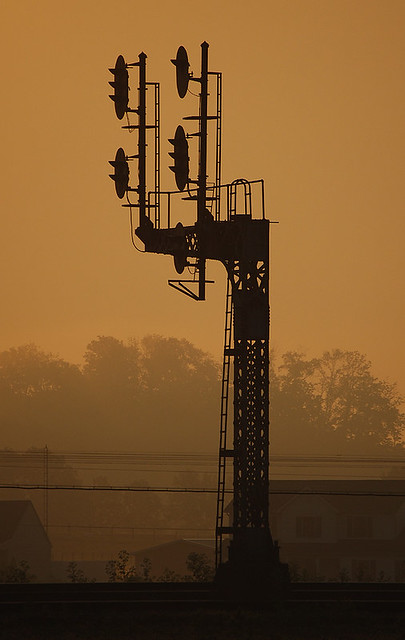 After the fog had burned off, a westbound grain train passes the W.E. of Vauces. 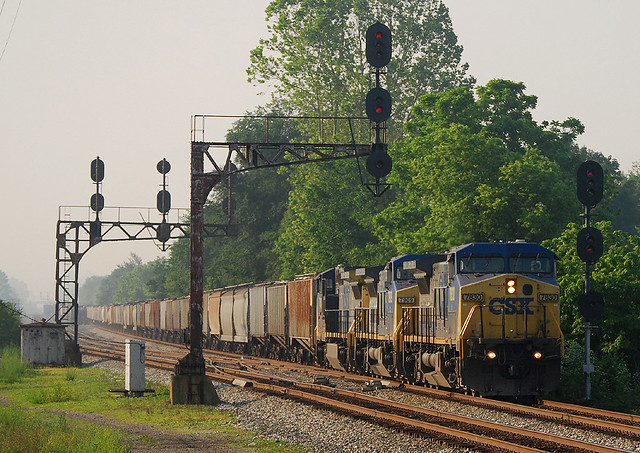 With an eastbound grain train coming, we headed up to KN Cabin north of Chillocothe to begin a chase. 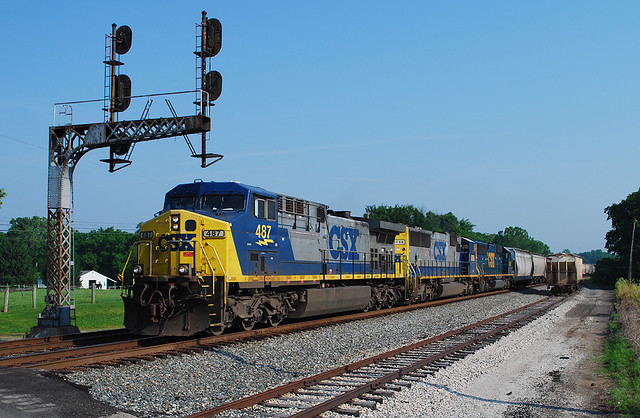 The next stop was the E.E. of Vauces. 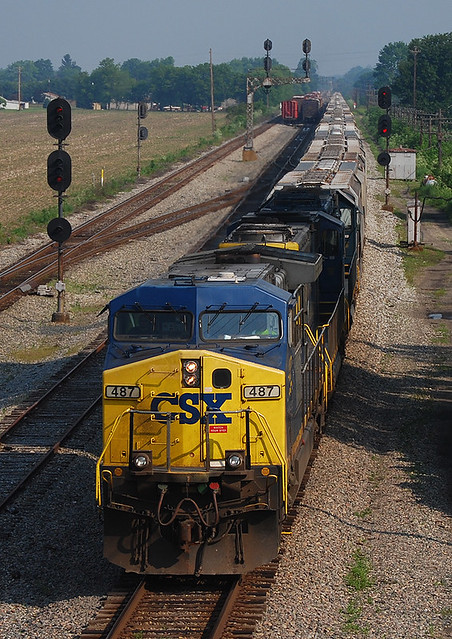 We then continued down the line to the E.E. of Robbins center siding. 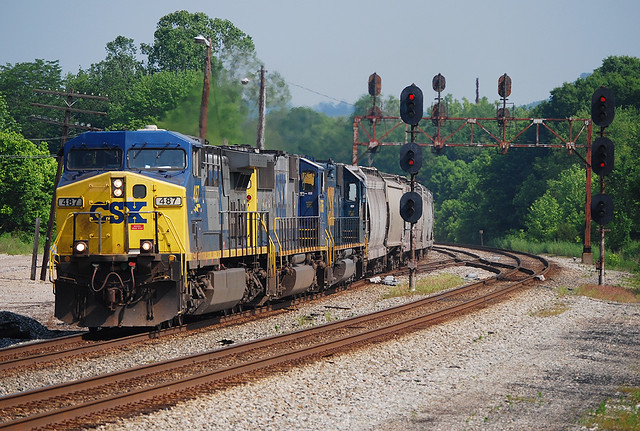 Our final shot of the chase was here, at Grays Branch, KY.

Working our way back towards Chillocothe, a westbound loaded coal train passes the local working at Vauces. 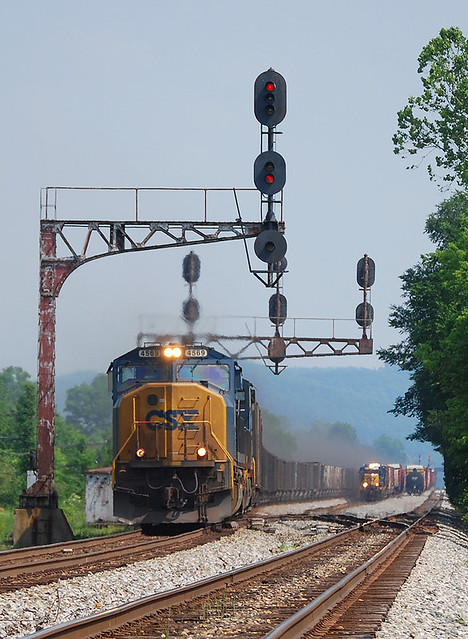 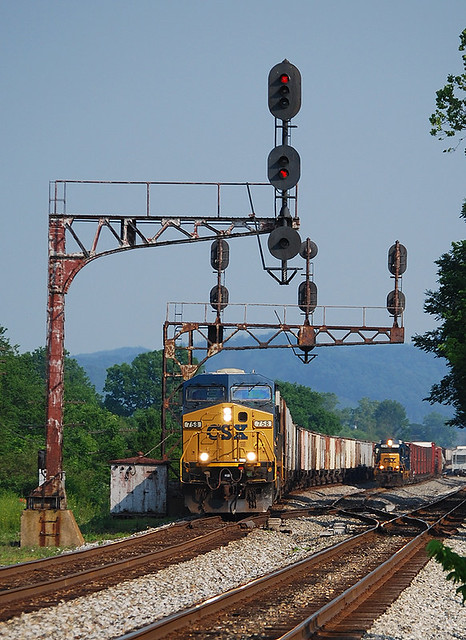 Our final shot of the day was the westbound grain train crossing the Kinnikinnick Creek bridge north of Chillocothe in sweet evening light. 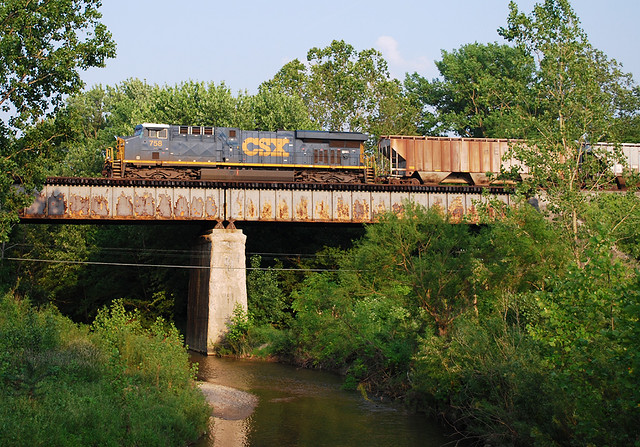 Thanks for looking, hope you enjoyed!

Wyatt, this is an awesome series! I especially love the first and last shots.
A

Great to see all of those old C&O signals still in place. Very nice photos Wyatt!