A little fall in Spokane

With the nice weather we have been receiving I decided to see what was left of the fall colors. Unfortunately the fog was so thick that it didn't burn off until noon so the morning was pretty much shot. But the tracks were busy and in all I saw 20 trains in about 6 hours.

UP 1201 is the power for the local as they switch a variety of industries around the UP yard. 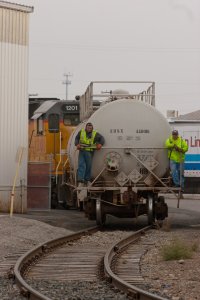 The fog finally burnt off and a stack train rolls west through downtown Spokane with a nice mix of power. 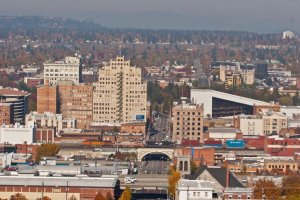 I have been wanting to shoot this bridge for quite some time. It is about a mile track west of Latah Jct on the Columbia River subdivision. It is quite impressive and I think it would attract more photographers if it weren't for the other more accessible bridges in town. The down side to this bridge is that it is hard to get high enough without trees in the way. So after some scouting and a little tree climbing I got settled in just before this eastbound stack arrived. 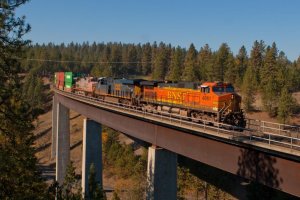 The much larger and more iconic bridge over Latah Creek on the west side of Spokane. An eastbound Z-CHCSSE finally gets the light out of the congested Spokane Subdivision and heads west. 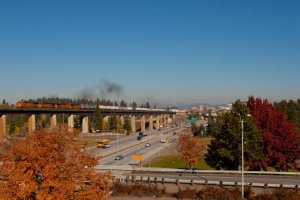 I heard on the scanner of a "SPOWIS" waiting to leave Yardley. I was curious what type of train it was and it turned out to just be a stinky garbage train. I don't think I have every heard that symbol before and it seems like the landfill is in Roosevelt not Wishram but whatever. Nice to have an H1 and Warbonnet on the point as they make the curve at Scribner, WA. 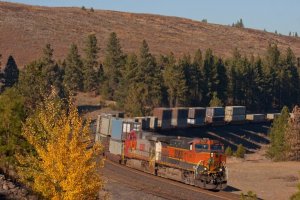 As the light started to fade the Lind Turn finally cleared the congestion of town and headed west on its run down to Cheney and points west. Today it was powered by 2 SD60Ms and a SD40-2 all still in BN paint. 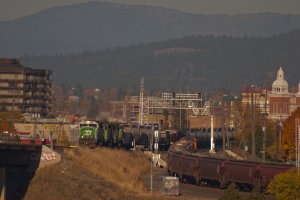 Thanks for the photos. The fog has not lifted here in nearly two weeks.

Did you hear any crews make a comment about seeing a rail fan in a tree? Now that would be good.