last saturday I visit with an friend Slubice. Slubice is a divided city. Slubice, the polish part and Frankfurt(Oder) the german part. The border runs in the river Oder. I started at 6:31 in Hanover and travel with the ICE to Berlin. Than I take an local train to Frankfurt(Oder). In Frankfurt we drive by bus to the border and crossed the brigde over the Oder. The last miles we take a taxi. It was very cold, arround -7°C. Our photo-point was between Slubice and Kunowice(direction Rzepin/Poznan). 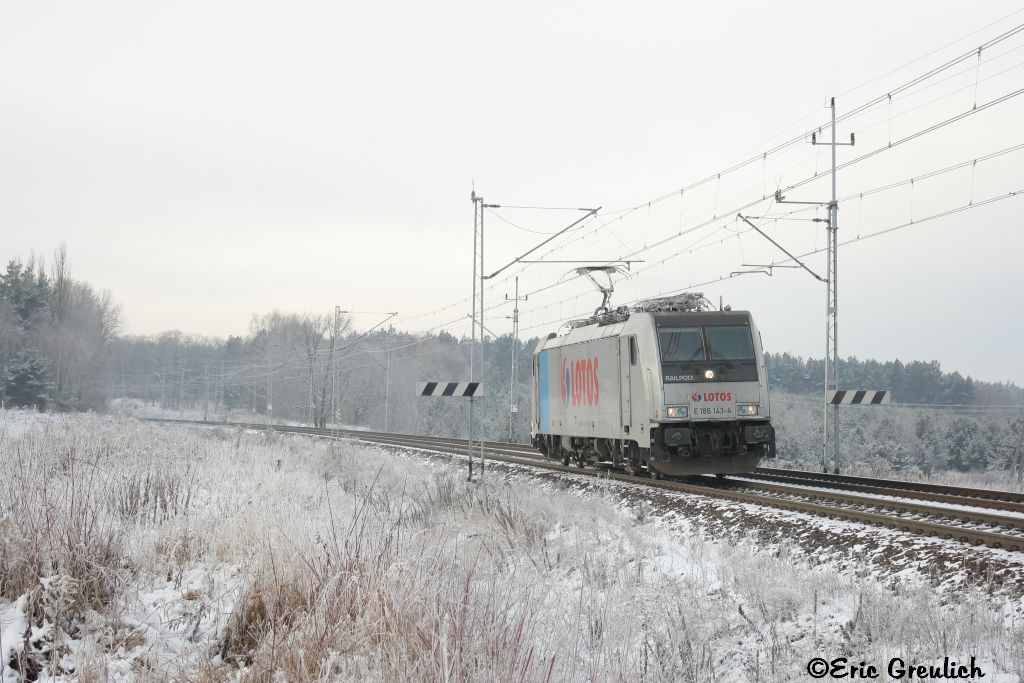 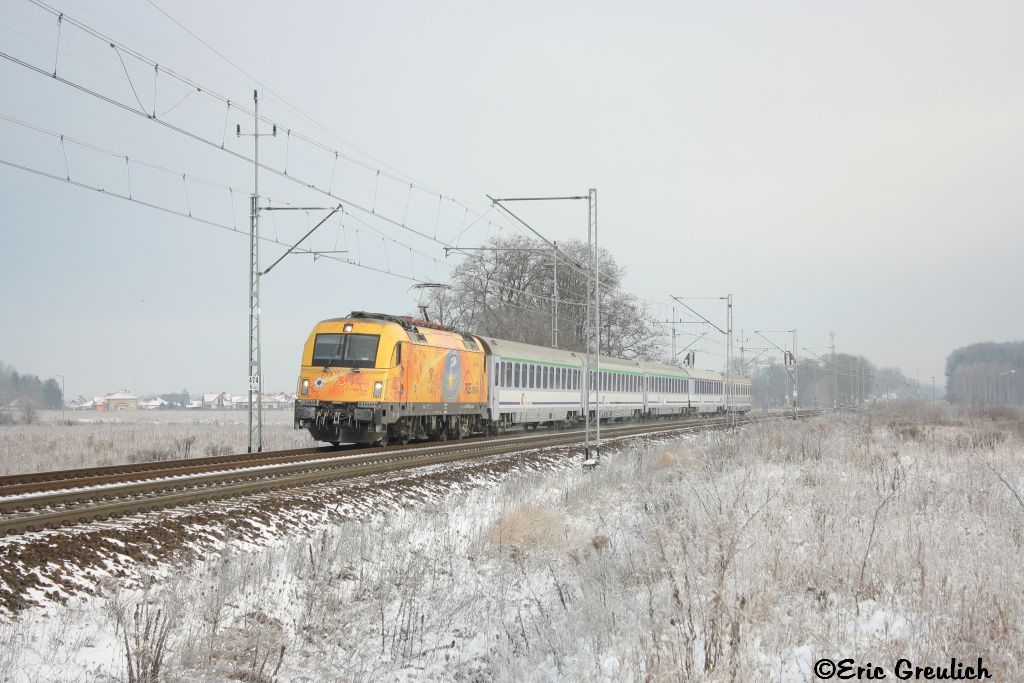 One of the adversting locomotives from the EM. 370 009 with an EC from Warzawa to Berlin. 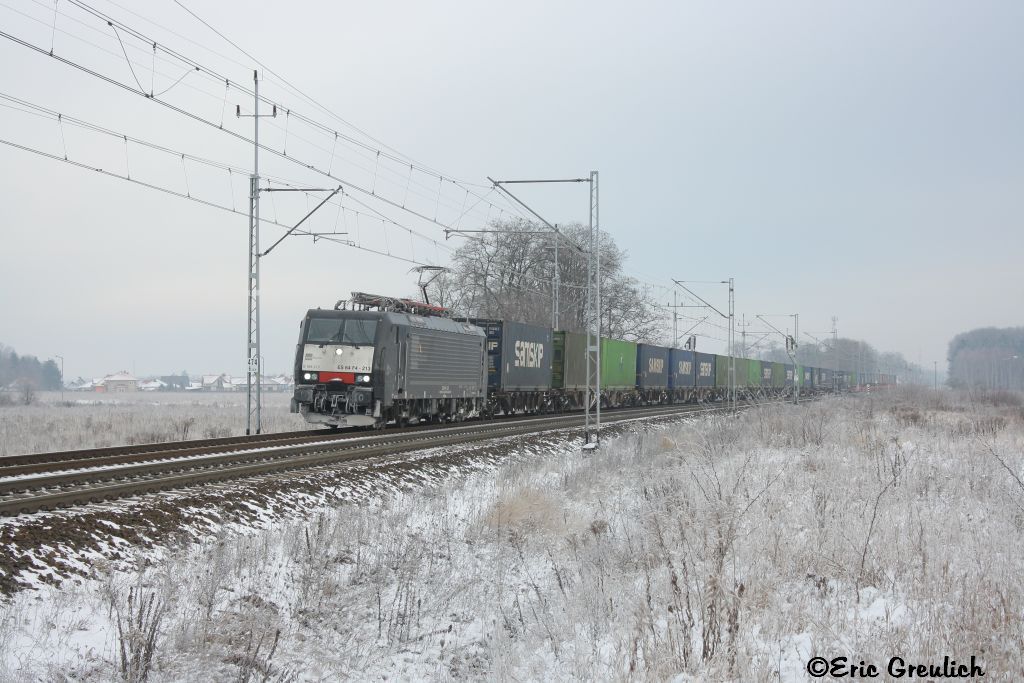 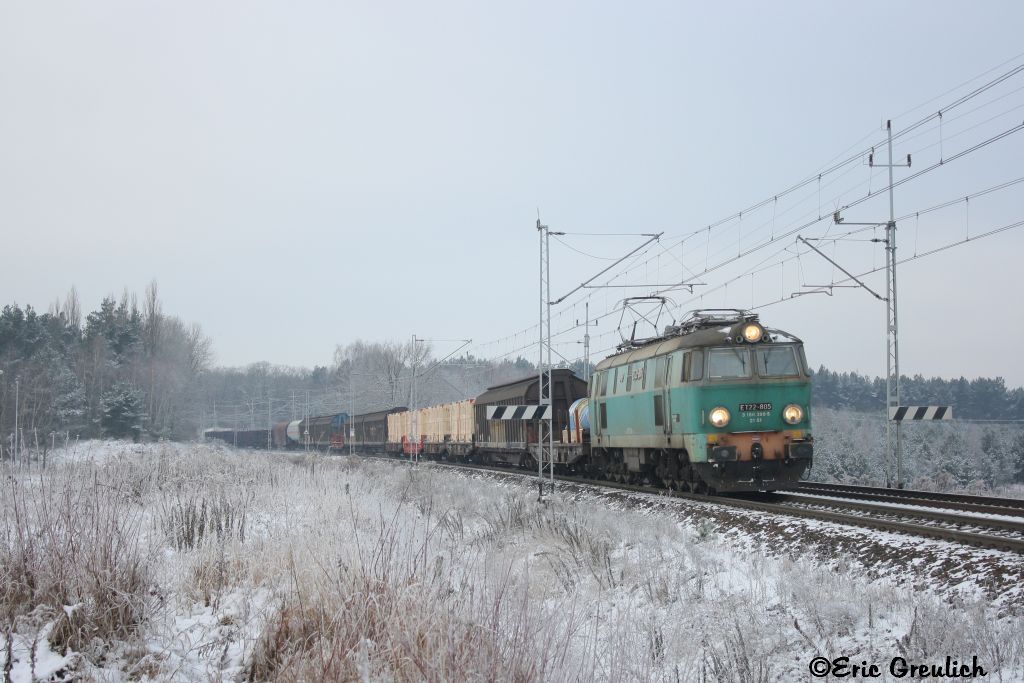 ET22 805 from the PKP with an mixed freight train direction Rzepin. 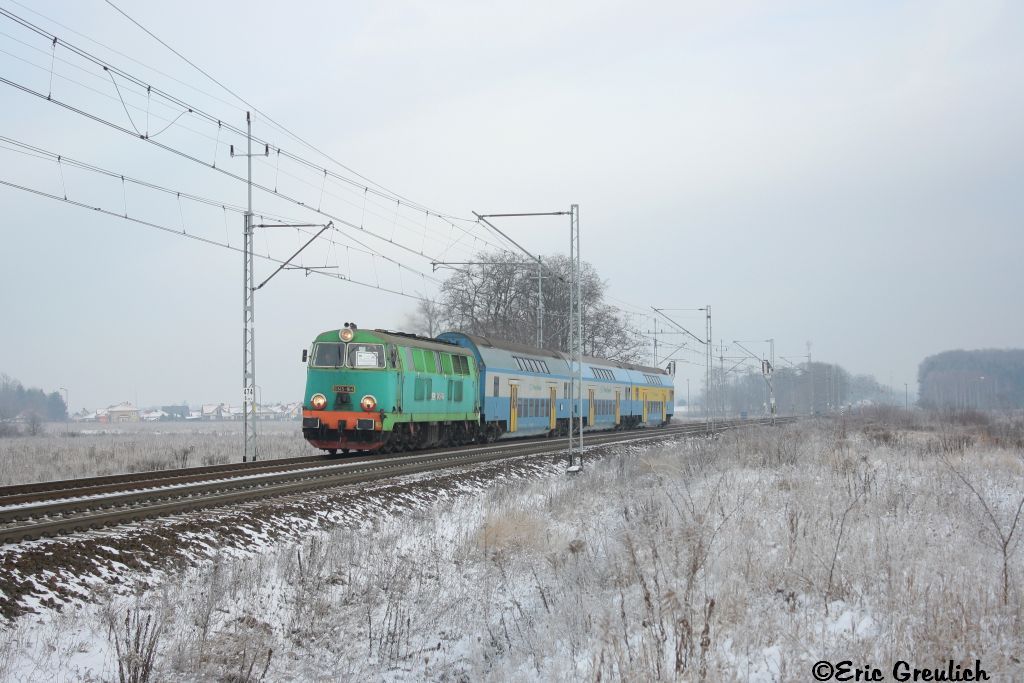 The last use of a series SU45 between poland and germany. SU45 164 with an local train from Rzepin to Frankfurt(Oder). 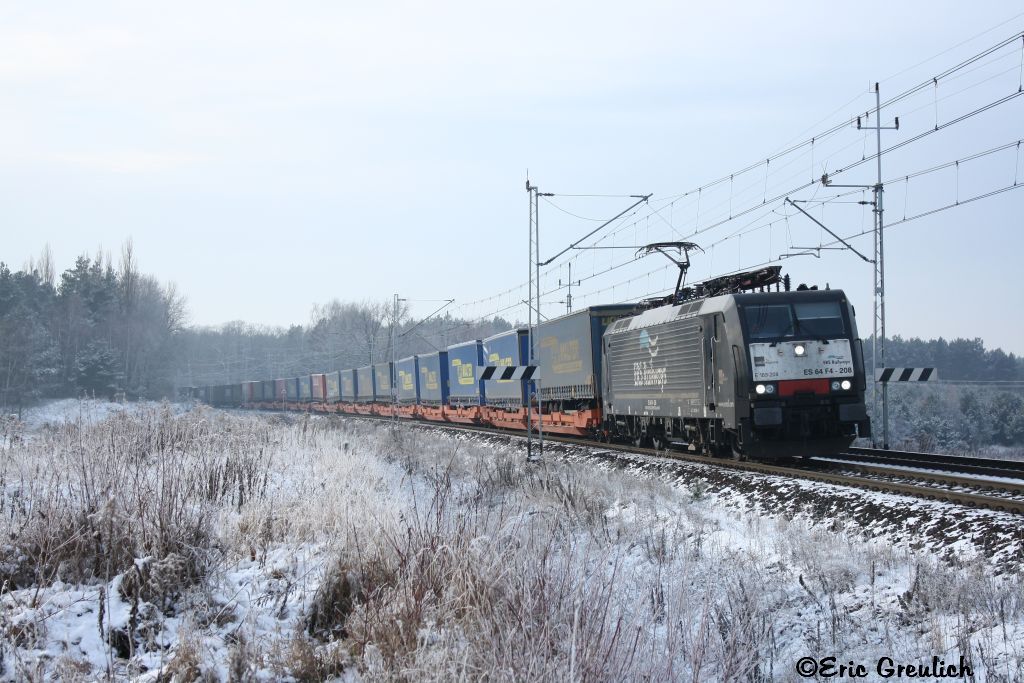 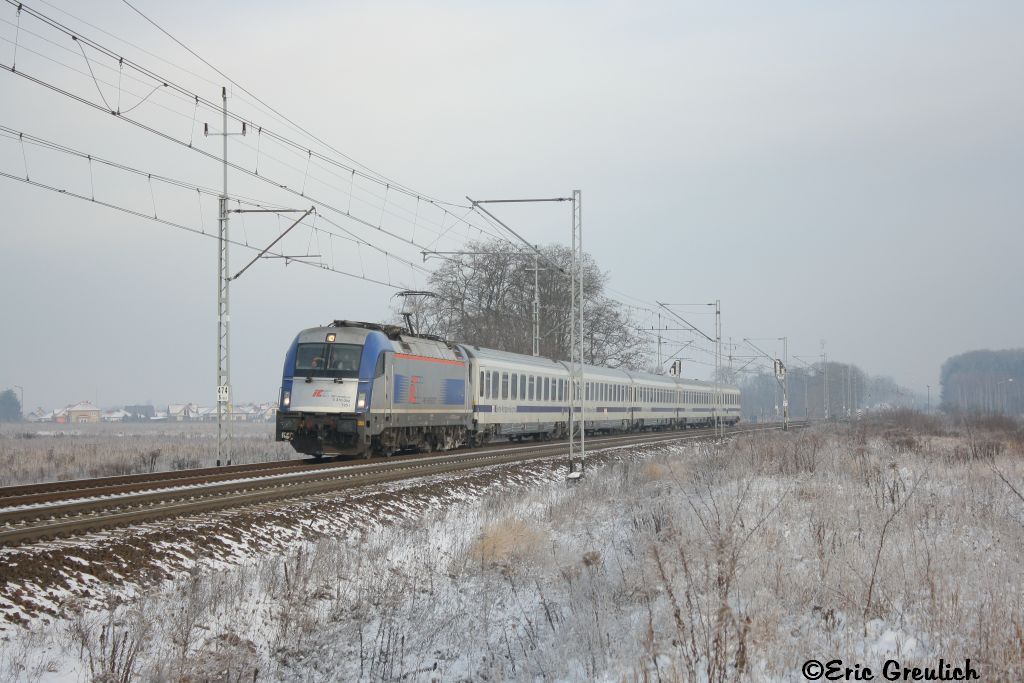 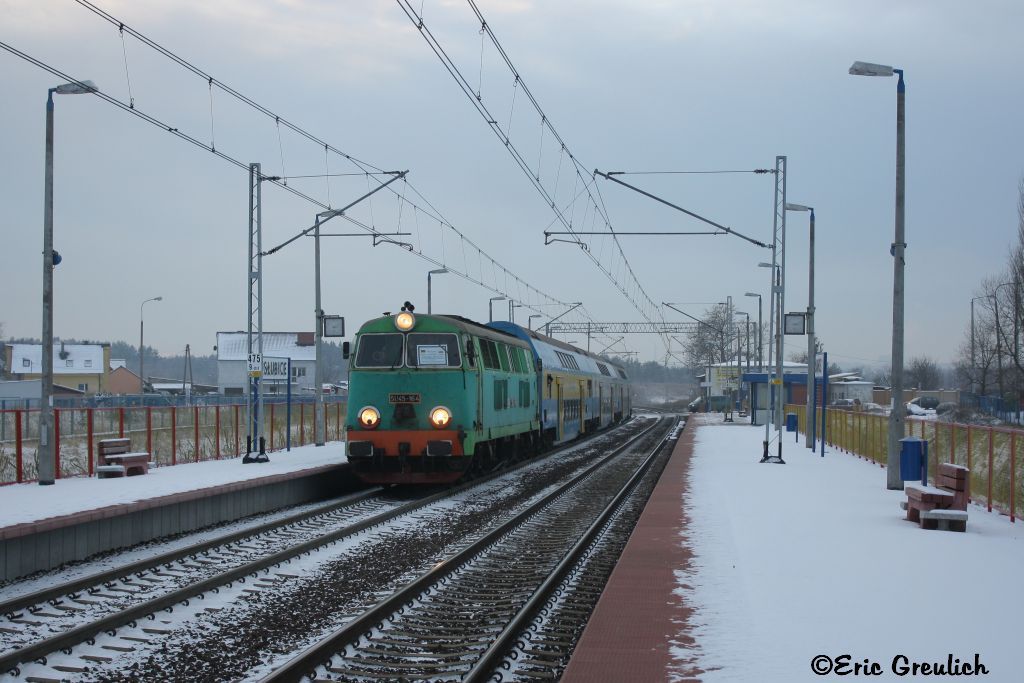 SU45 164 with the reverse power to Rzepin in the station Slubice. 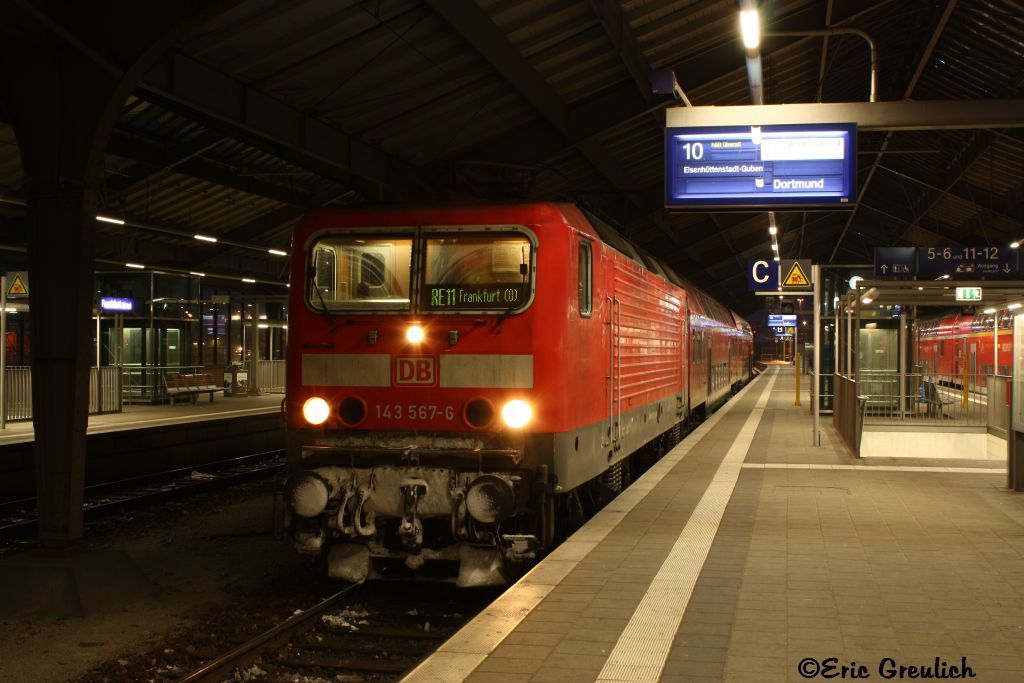 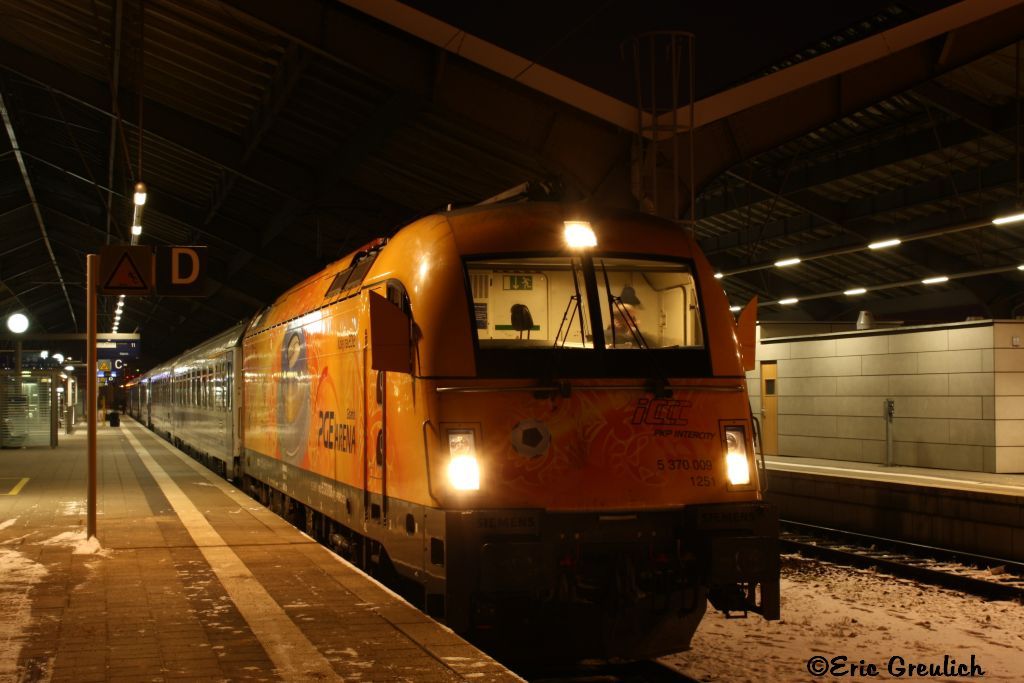